All but one of Glen's scores came from play 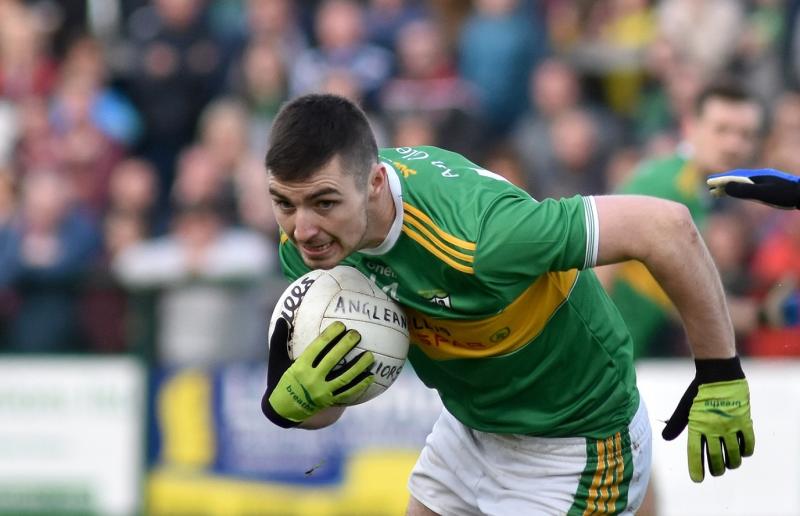 A tally of 1-20 from play helped Glen to a convincing victory away to Coleraine on Friday night and keep Malachy O'Rourke's side on the heels of Lavey at the top of the table.

From the team that defeated Swatragh the previous week, out went Connor Carville, Emmett Bradley and Conor McDevitt and in came Paddy Mullan, Stevie O’Hara and Seamus McKenna for his senior debut.
The home side started much better, scoring the opening two points on the counter attack.
Glen started wastefully with whatever chances came their way and found themselves 0-4 to 0-1 in arrears. Colm McGoldrick led the way for Eoghan Rua, with Glen’s solitary point coming from a Paul Gunning fisted effort.
As the game progressed, Glen found their feet. When Ciaran McFaul won possession from Butler's kick-out at midfield, his delightful pass found Danny Tallon who in turn blasted to the net.
Glen dominated from there onwards with further scores coming from McFaul, Conleth McGuckian (2), Tallon (2) and Glass (2) – his first in senior league action - left the half time 1-9 to 0-7 in their favour.
The second period continued in a similar manner with McFaul and Glass dominating proceedings from centre half back and midfield respectively.
Coleraine kept plugging away, mainly through frees, with Dara Mooney (2) and Colm McGoldrick (2) on target but they never looked likely to get the goal they needed to put some pressure on a strong Glen outfit.
Glen kept up their workrate, with further points from Warnock, Gunning, Dougan, McFaul, Glass, Convery, Tallon, the Doherty brothers and substitutes Marc Dixon and Cathal Mulholland for a comprehensive win.