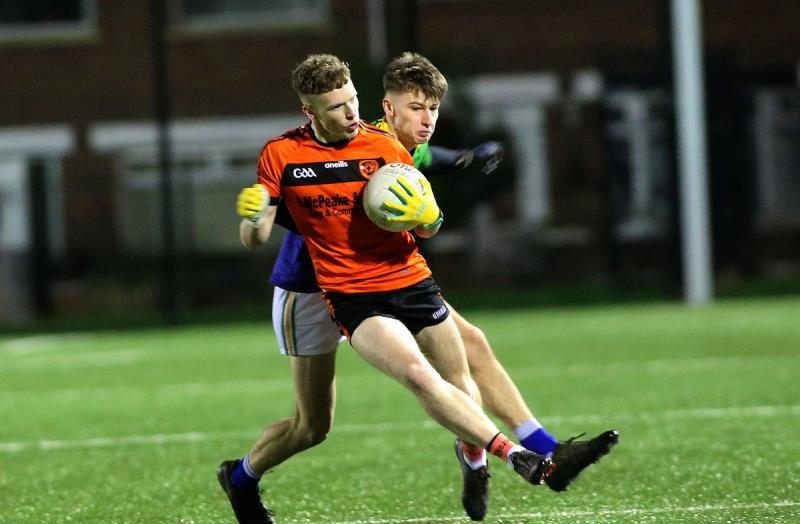 A flawless first-half display saw Lavey on their way to a comfortable home win over Coleraine on Sunday.

A flawless first-half display saw Lavey on their way to a comfortable home win over Coleraine on Sunday.

It puts the Erin's Own men on the cusp of winning the league and gave another debut to one of their young guns. Calum Downey kicked three points on his first outing and along with older brother Enda shared half of their side's total.

The visitors scored both goals within a minute in the third quarter but failed to register a score for the remainder of the game.

After his side won the throw-in, Hugh McGurk's darting run up the wing and finish over the bar after 12 seconds laid down a marker. In a contrast of style, Lavey's next score was from a long-range Declan Hughes effort.

Lavey didn't play with a sweeper, but Damian Chivers dropped back as the defensive midfielder, with Cailean O'Boyle doing likewise when he replaced him.

Jack Scullion's booming kick-outs had Lavey on the attack within seconds, with Declan Hughes and Fintan Bradley as targets.

Coleraine dropped off Lavey much earlier in the first-half than they did against Slaughtneil in the previous game, but Scullion's long kicks gave them a different proposition. They were also able to attack from deep through Anthony McGurk, Hugh McGurk and in particular Ryan Mulholland.

A Ciaran McGoldrick point made the score 0-3 to 0-2, in Lavey's favour, after just seven minutes.

Enda (2) and Calum Downey added Lavey points to leave them in control at the end of the first quarter before they went to town for the rest of the half.

A neat Pierce McGonigle pass saw Colm McGoldrick use his strength to turn Ryan Farren to create a half chance at goal, but Scullion blocked it with his legs and seconds later Calum Downey had the ball over the bar at the other end for an 0-8 to 0-2 lead.

A powerful run from Enda Downey and point with his less preferred right peg had Coleraine in all sorts of problems. When this kick-out went straight to Niall Toner and with goalkeeper Butler off his line, Niall Toner's lob just grazed the top of the bar.

Lavey were 0-13 to 0-2 ahead at the break. Aidan McGonigle hit Coleraine's final point of the game which was cancelled out by a Ryan Mulholland point at the end of a blistering counter-attack after he began it with a tackle in Lavey's defence.

Ryan Mulholland had a goal chance at the other end tipped over by Butler. Niall Toner then had a shot blocked at the near post and when the resultant 45 was brought forward, Enda Downey slotted over the free.

Lavey were 0-16 to 2-3 by the time the water bottles were back out again, with Cailean O'Boyle and Enda Downey each adding two points to cap off a comprehensive win.