Bellaghy came back from six points down to beat Glen 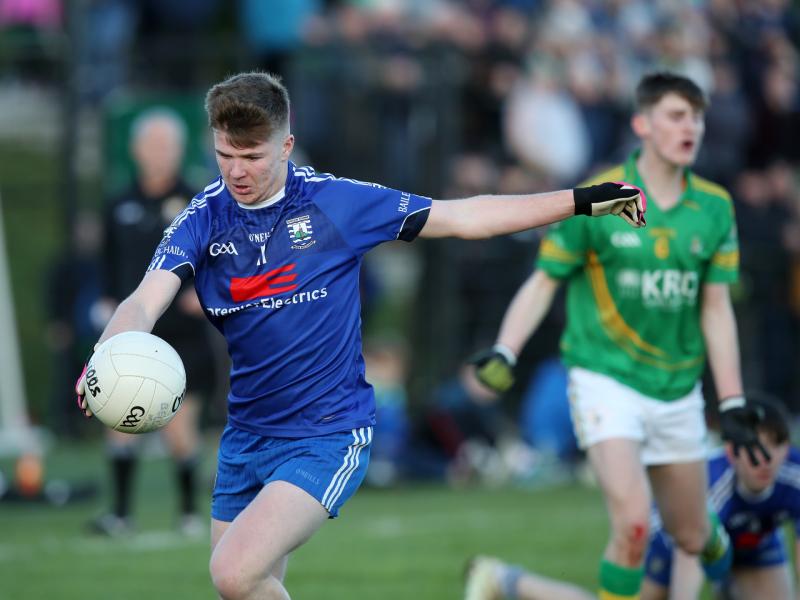 An injury time winning point, from a sideline, by Lorcan Spier capped off Bellaghy's six-point comeback at home to Glen in an excellent game of football on Saturday evening.

The Tones played the last 10 minutes with 14 men after corner back Dean Martin was dismissed to the sin-bin for a trip. They also lost Chrissy Downey, who had kicked three points from midfield, to a second booking for a late tackle on Tiarnan Flanagan.

Glen were six points clear at the break after Paul Gunning flicked Marc Dixon's high ball above Bellaghy goalkeeper Peter Stuart to the net for a 1-7 to 0-4 interval lead.  The Watties did have a further goal chance before the break, but Alex Doherty's effort was cleared off the line by Oisin McErlean.

Earlier in the half Stuart had to be alert to flick a Conleth McGuckian effort around the post after Paul Gunning won the ball at the head of Glen's attack.

Bellaghy moved Eoghan Brown to full-forward at the start of the second-half, moving Spier to centre forward and played with a greater intensity. And after the hammering to Lavey the previous week, they got a reaction from their side. Damon Gallagher's kicking was of the highest order and he landed eight points in all.

Six points in a row had Bellaghy level by the second water break. Glen, who went 24 minutes without a score, did have a goal chance. Alex Doherty's defence-splitting pass had Stevie O'Hara in on goal, but his shot pinged off the outside of the post despite having time to take the move further in.

Two points from Conleth McGuckian had Glen back in front on two occasions, with Gunning tagging on a free to put the visitors 1-10 to 0-11 ahead, going into the closing minutes.

Eoghan Brown took on the Glen defence and when he was fouled, Gallagher held his nerve to make it a one-point game yet again.

For their efforts, Bellaghy deserved at least a draw from the game and a sweet effort from Spier levelled matters.

There was still time for a winner and when Callum Mullan-Young, who had an otherwise excellent game, shanked a kick-out over the sideline and Spier held his nerve to land the winner.