'The run has to end at some point, so why can't it be us?

Lafferty insists that Derry City must take their opportunity at Tallaght 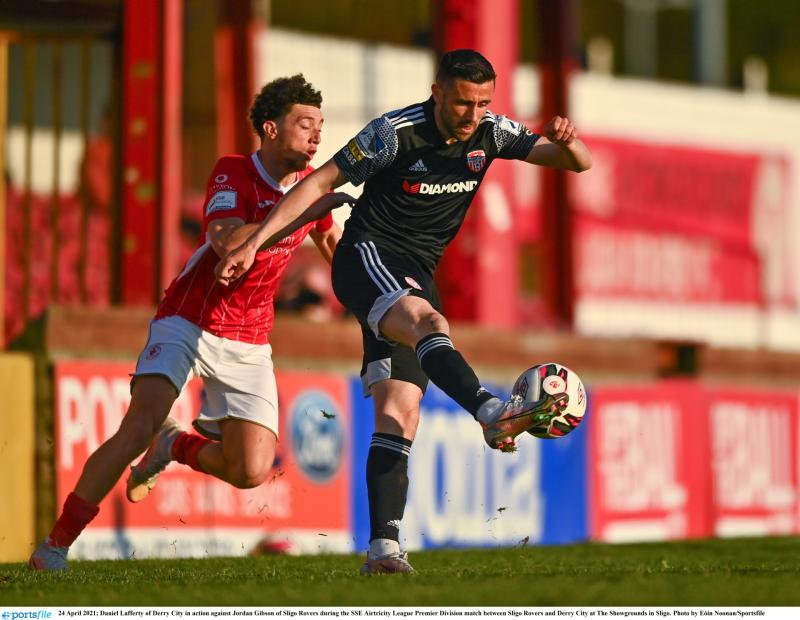 Danny Lafferty was part of the Shamrock Rovers squad which went 18 games unbeaten on the way to the title last season.

The dream of making the impossible possible is just one reason why is revered the world over, and Derry City must go to Tallaght today believing that they can be the team to end the longest unbeaten run in League of Ireland history.

As it stands, Shamrock Rovers are 32 games unbeaten, recently passing the long-standing records held by Athlone in 1980-81 and their own Rovers team from 94 years ago.

Stephen Bradley’s men have not lost a domestic game since losing to Dundalk in September 2019, and based on their current form, they have been backed to set a record which will never be touched.

So what odds do Derry City, a team struggling for form near the foot of the table, have of causing a huge upset at Tallaght this weekend?

Danny Lafferty, part of the Rovers squad which went 18 unbeaten on the way to the league title last year, insists it’s not impossible.

“You’ve nothing to lose but it’s also a great opportunity,” he says.

A key part of Rovers’ sensational form is their habit of scoring late goals, which they did again to beat St. Pat’s last weekend. Once or twice might be considered lucky, but when it happens consistently, it’s more than good fortune insists Lafferty.

“You can say it’s a sign of a Championship winning team, but they deserve credit because they don’t stop, they keep going, even in the few games they have gone behind,” he reflects.

“They have shown great character to get back into the games. They are relentless in their attacking play and they are scoring late goals which just shows that they fight for each other and they won’t stop until the final whistle.” 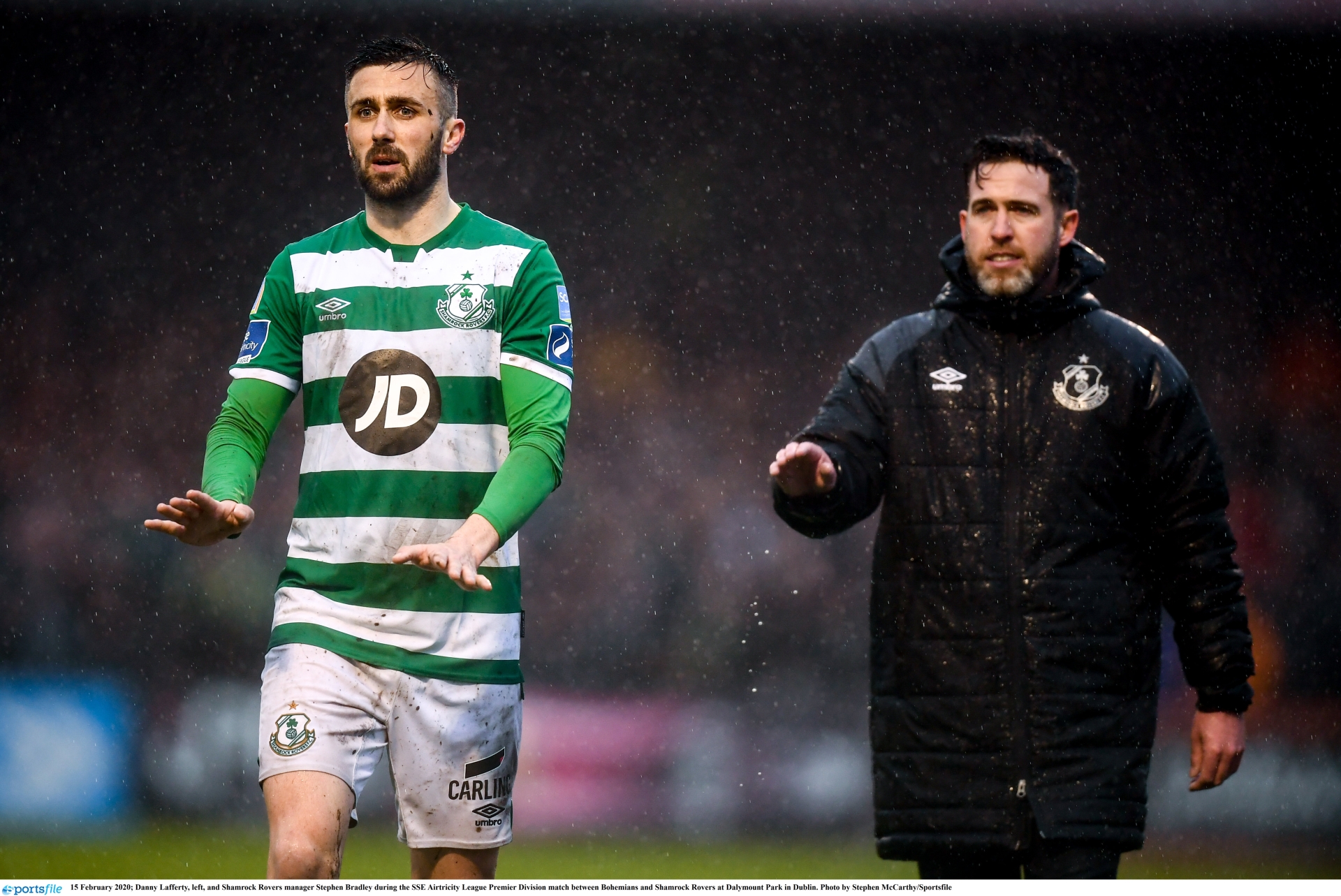 Lafferty was at Rovers to see the transition from sleeping giants to champions and he believes it is a number of factors, from the manager, to the players to the staff that has brought the Dublin club back to this level.

“It’s a combination of all those things,” he explains.

“They have found a style of play and formation that teams have found it difficult to play against. They play a lovely attacking brand of football and that merited the Championship last year and they went close in the cup as well. They are the best team in the country for a reason, and it is a culmination of all that.”

Rovers currently hold a 5-point lead over their nearest rival at the top of the table, with no team as yet showing the consistency to match the champions stride for stride. With Dundalk languishing closer to the bottom and Sligo Rovers and St. Pat’s hanging on to their coat tails, it is hard at present to see a real challenger for Rovers this year. Lafferty agrees.

“It’s difficult to say but going on the early form you could make an argument that no-one will challenge them,” he acknowledges.

“Last year Bohemians pushed them close in a shortened season, but the way they have started off this year, they have kind of continued on where they left off last year. Everyone in the league knows that they are the best team in the country at the minute. That run does have to come to an end at some point so it will be interesting to see how they react to that.

“There are a lot of teams underperforming this season whereas they are continuing to roll on. Pat’s are the closest team to them but they beat them at the weekend to give them a bit of a window at the top, so it looks like it will be difficult to match what they are doing.”