City goalkeeper hailed after City earn a point against Dundalk 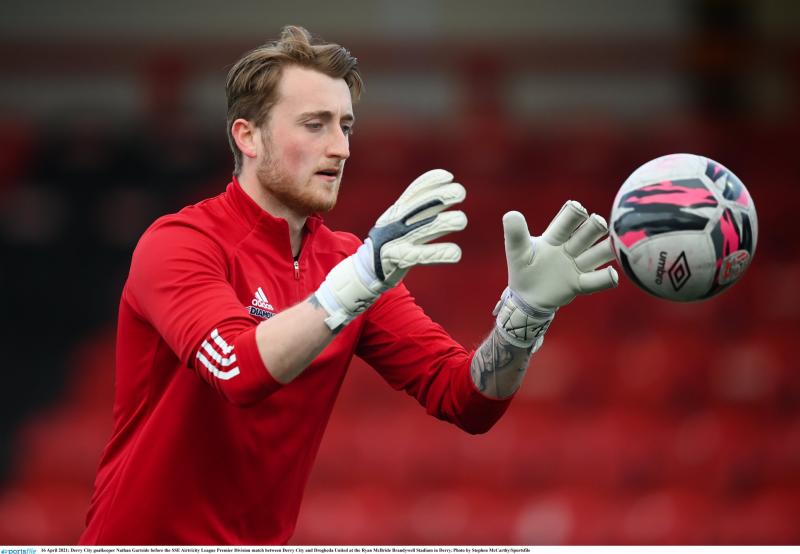 Nathan Gartside was in inspired form against Dundalk.

The 23-year-old has become Derry City’s number one goalkeeper this season but has come in for some criticism in the first few weeks of the season.

However, Gartside was in superb form last night, producing two vital stops in particular to help his team win a point against the Lilywhites.

Gartside denied Sam Stanton when he was one on one with the goalkeeper, and he saved the best for last when he somehow kept out a fierce drive from David McMillan with just two minutes remaining.

His manager praised him and his team mates after an enthralling game at the Brandywell.

“I’m really, really happy for Nathan because rightly or wrongly he has taken a wee bit of criticism, and his second save down his right side was just outstanding. I’m delighted for David Parkhouse who looked back to himself in terms of hard work and bullying centre backs. Then there is Ronan Boyce, and what can you say about Ronan Boyce, he just keeps getting better and better and better.

“The documentary also meant a lot to wee Jackie and I thought he showed tremendous character having been left out in the last game or two, to come in and be really, really aggressive in the middle of the park.

We finished the game with just two players over 23 years of age. We played I think 12 or 13 local based players, so we’re delighted having gone a goal behind that the response from the players was very aggressive and we had the determination to get something from the game.”