Foyle Hospice was a 'God send' to us in our time of need, say family of local man who was able to die at home

Special event being held this weekend in memory of Bob Caulfield 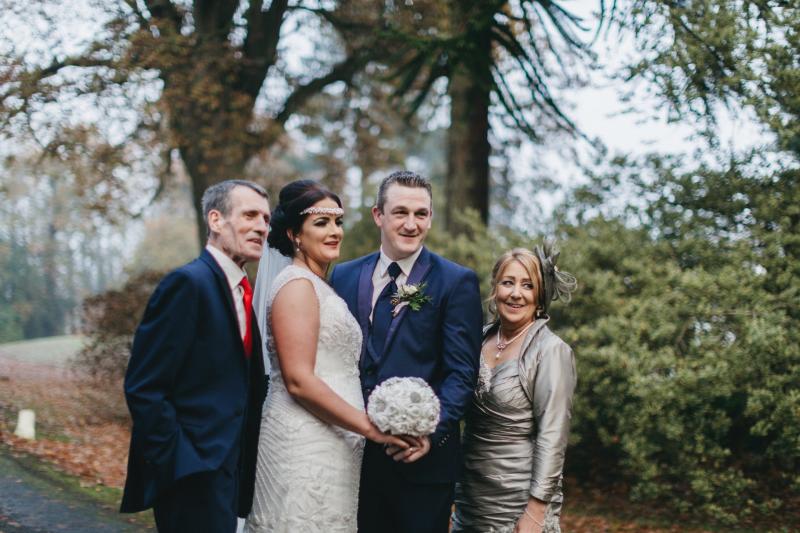 Bob is pictured with his wife Debbie at their daughter Christina's marriage to Liam.

The family of a man who died last year are organising a fundraising event for the Foyle Hospice in recognition of the care he received there.

Bob Caulfield passed away after a long illness on February 8 last year.

Bob, who was originally from Limavady but who lived in Greysteel, was able to die at home as a result of the care he received at the Derry hospice.

Since his death, Bob's family have organised a number of events to raise money for the hospice.

This weekend, to finish off their year of fundraising, they will hold a special event at The Well Bar in Ballykelly to mark the first anniversary of Bob's death.

His wife, Debbie, said they were so grateful for the care that her husband received.

“Bob wanted to die at home after a long illness and with the help of the hospice he was able to do this,” she said.

“When his meds were no longer working they admitted him to sort them out and also give me respite.

“This was a God send as there was only our daughter Christina and me to care for him.

“I have never come across staff in the Inpatient Unit and Day Care who are so compassionate and caring about the work they do.

“I would like to help someone like we were helped and this can only be done if they receive enough donations.”

On Saturday night at the fundraising event, Debbie will have her head shaved.

There will be an open mic section for people to come and show off their singing talent.

Tickets for the event cost £5 and everyone is welcome to come along.