McErlean follows in the footsteps of Callum Devine 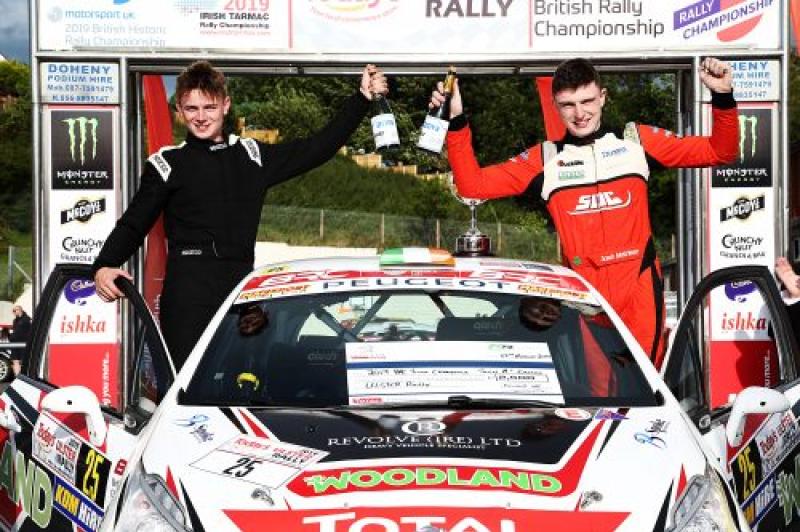 Kilrea's Josh McErlean has been as been named as Motorsport Ireland’s Billy Coleman Young Rally Driver of the Year Award.

McErlean was shortlisted and along with David Kelly, from Donegal Town and Clones' Derek Mackarel were drawn from nine candidates who were nominated on the back of their performances this year.

McErlean's success was announced on Tuesday at the MIS Motorsport Champions of Irish Motorsport Awards ceremony, which took place at the City West Hotel in Dublin.

He won the Junior British Rally Championship in his Peugeot 208 R2 following maximum scores on the West Cork, Pirelli International and Ulster Rallies.

McErlean will receive €100,000 worth of support to contest rallies nationally and internationally in 2020. Coupled with Sport Ireland and Motorsport Ireland’s €50,000 investment, a further €50,000 has been pledged by the Team Ireland Foundation.

The award winner will also receive assistance from Billy Coleman co-ordinator Sean McHugh. Additional support from the Motorsport Ireland Rally Academy as part of a training and development plan to progress the winners’ career will also be available, and the winner may apply for funding for a second year of support upon satisfactory performances in their award-winning year. Both award runners up will receive support to compete in stage rallies at home and abroad up to an amount of €15,000 each.

Park's Callum Devine has been a recent winner of the title, which was held last year by  James Wilson.