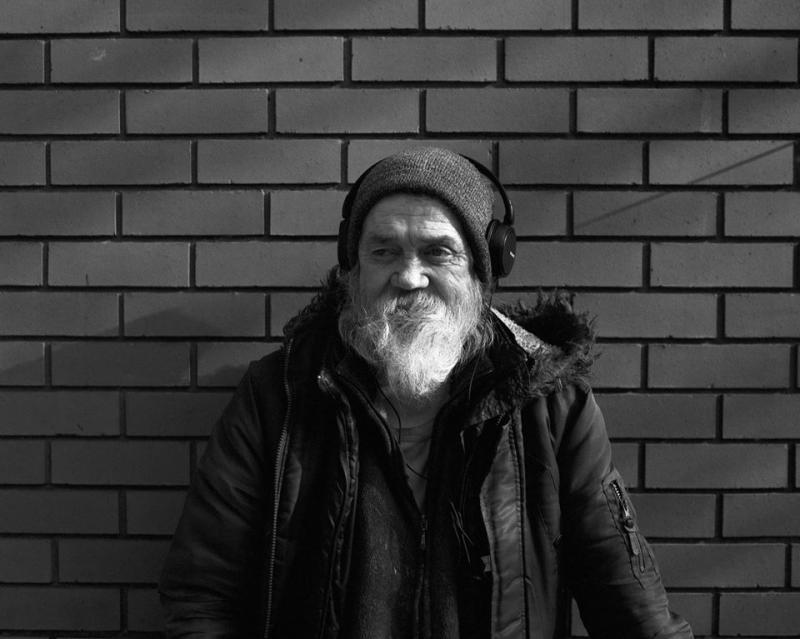 A Derry homeless shelter has paid tribute to one of its tenants affectionately known as “Scotch Jimmy” who passed away suddenly this week.
James Henry Brolly, known to many locally as “Scotch Jimmy”, died at Altnagelvin Hospital after a short illness.
It’s understood that he had a bleed in the brain and had to be rushed to the Royal Victoria Hospital in an air ambulance the night he took ill.
The 59-year-old was then returned to Altnagelvin Hospital where he passed away on November 11 in the company of friends.
He was a well-known figure in the city centre and thousands of people took to social media to express their condolences after Deputy Manager at Damien House, Lexie Doherty, shared the news.
Damien House offers crisis accommodation preventing rough sleeping for those experiencing addiction issues. It also provides detox programmes.
Jimmy stayed at Damien House intermittently between 2011-2017 and since then had resided there on a more permanent basis
He is originally from Kilmarnock in Scotland and is survived by two sisters and, a daughter, who sadly hasn't yet been tracked down.
Lexie explained: “We managed to track the two sisters down, I don’t think they can make it for the funeral but they are happy with the arrangements.
“Jimmy travelled around the world, he had a partner at one time, and he does have a daughter, but we haven’t managed to trace her yet.
“He was his own man, and very private about his life, if Jimmy didn’t want to do something, he didn’t do it. Jimmy lived his life the way Jimmy wanted to live it. And we learned that so we worked with him.”
Diagnosed with mild Tourette’s, he would’ve made involuntary sounds when he was nervous, Lexie said. “Behind that he was a nice person who would tell jokes and he bothered nobody when he sat in the city centre.”
He was never known to ask for money in the town, Lexie explained, but people would give him items of clothing and money at times.
“I didn’t realise until I put the post online just how well thought of he was. Within two hours there was 1,700 shares.”
Lexie recalled the time Jimmy burned his trousers and ended up with a badly infected leg. The trousers had a big burn hole and it was gently suggested that he could wear another pair, but he was adamant the hole allowed the air to flow freely around the wound.
“So I said, ‘you have new jeans there, you could put them on’, but he wasn’t having it, he said ‘aye, but the hole, and the air’. I told him I could cut a hole in the jeans but his response was, ‘you couldn’t do that, and destroy a good pair of jeans that somebody else could wear.’
“That was the kind of him,” Lexie said.
His push trolley contained his life’s possessions, and had everything from spare hats to teddy bears in it. It remains in lock-up at Altnagelvin Hospital.
A Mass will take place today, November 14, in St Mary’s Creggan at 10am followed by burial in The City Cemetery. Adair & Neely Funeral Home, Foyle Road was open on Wednesday evening from 7pm-9pm for friends to pay their respects.
It’s understood that Derry City & Strabane District Council will cover the cost of the grave.
SDLP MLA Mark H Durkan, who arranged for Jimmy to stay at Damien House after the burn incident, organised a crowdfunding page to cover the cost of his funeral.  Its £2,000 target was met within hours of being posted online.
He says: “The affection that the people of Derry had for Jimmy, has been evident since his passing through the huge outpouring of sadness and stories on social media and around the town.
“Many of us will have experienced the warmth of Jimmy's personality as, despite his own difficulties, he always strived, and usually succeeded, in making other people smile.
“It would be great if the people of Derry could contribute to give him a dignified send off.”

There was a man, James Brolly’s his name
He walked around with a Zimmer frame
He’d sing you a song or tell you a tale
To make you laugh he would never fail.

Scotland born, from Ayrshire he came
But Derry is where he gained his fame
Around the town he had no cares
Often scowling his teddy bears.

“I worked with horses back in my day
Why did it ever end up this way?”

To hear he is gone has caused devastation
An intelligent man always full of conversation
Up to heaven he has gone
But there’s no doubt Jimmy’s memory will live on!