The Conlan brothers will be in rival camps 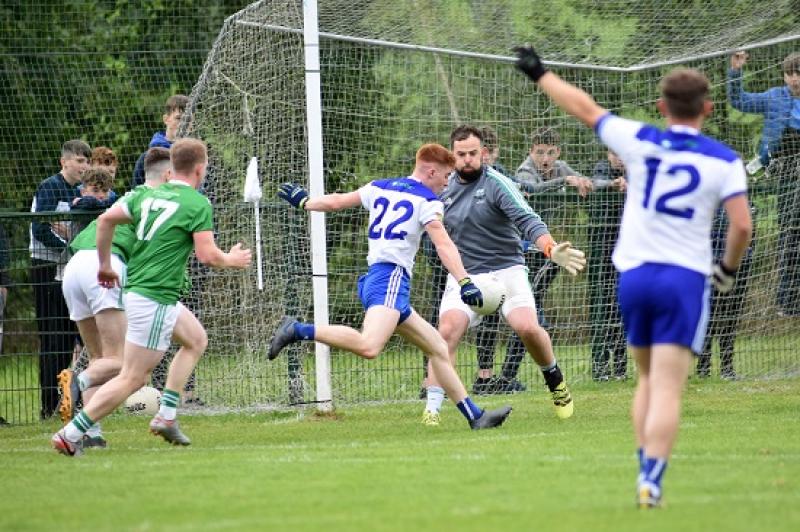 Oisin Mullan scored a vital goal in the 2020 meeting of the sides. (Pic: Mary K Burke)

The Derry SFC begins on Thursday night with two games.  Ballinderry will host Newbridge, with Loup and Ballinascreen clashing at Owenbeg in a game that will be streamed live via DerryGAA.ie.

Last year's extra-time showdown between these sides was the game of the year, with a Connor Nevin led Ballinderry finding a way to secure extra-time for the Shamrocks before they pulled clear.

Again, there is the family link on the sideline. Killian Conlan steers a Newbridge side against his native club managed by his brother and championship winning goalkeeper Mickey C.

The Shamrocks were without Ryan Bell and Gareth McKinless for much of the season, but both are expected to be on duty this week. Ballinderry fielded virtually a reserve team against Ballinascreen in their final league as they used challenge games with Tyrone sides Clonoe and Loughmacrory to sharpen their focus.

Their run to last year's semi-final saw them introduce Conor O'Neill and Oisin Mullan to the white heat of championship action. On the other side, they have lost the experience of Ryan Scott, Kevin McGuckin, Raymond Wilkinson and young gun Sean Graham who has pursued a soccer career in the US.

The 'Bridge have added Mark Doherty to their squad after impressive performances in Derry's march to the All-Ireland title.  Their big concern is a lack of action after their games with Ballinascreen, Lavey and Ballinderry were all called off.

There is a concern around the fitness of Peter McGrogan, but Conor McAteer is expected to make a return. The 'Bridge have an accomplished running game from deep and have Derry senior duo Paudi McGrogan and Conor Doherty to come in.

Last year, Newbridge did everything but win and this time should go one better.

Derry GAA championship games will be ticket only

No cash will be accepted at venues
ADVERTISEMENT - CONTINUE READING BELOW