Loup come through against Newbridge thanks to late Mallon heroics 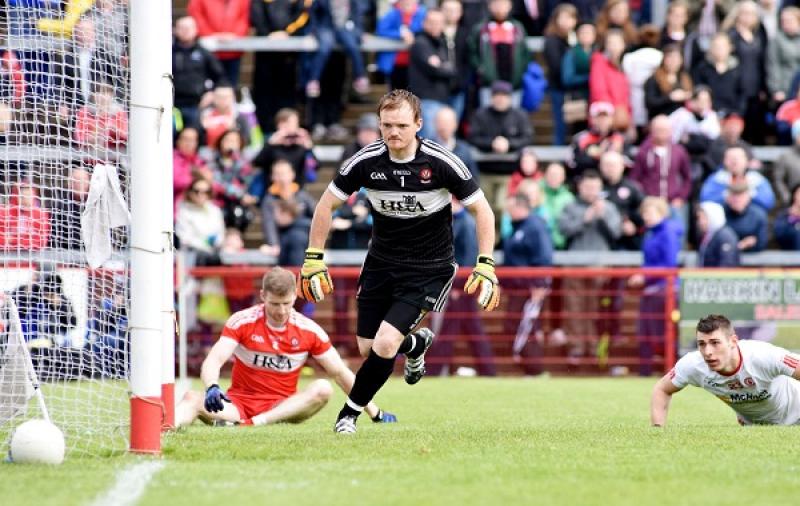 Two goals from Roddy O'Kane helped Loup to victory at home to Newbridge on Friday night, in a game with a championship feel to it.

Loup 2-9
Newbridge 1-10
The visitors were well up for the game and only for a Thomas Mallon penalty save, Killian Conlan's side could've been on the other side of the result.

Loup had two games postponed and were playing just their third game since their Glen game was abandoned after 15 minutes following an injury to Declan McVey.

They struck first to get off to the best possible start and the welcome return of Terence O'Brien in recent weeks will bolster their championship options.

A high ball into the 'Bridge defence was broken down by Michael O'Neill and Roddy O'Kane was on hand to poke to the net.

Loup lost Paddy Coney to a black card and once they settled into the game, Newbridge used their kicking game to create attacking marks to get them back into the game, with Conor McAteer and Jude Diamond on song.

By half-time, O'Kane's goal had Loup 1-4 to 0-6 ahead and he got the touch for their second goal shortly after the restart when a high ball looped over goalkeeper O'Neill.

Newbridge took control in the third quarter, but had Conor McAteer black-carded. Despite this loss, they went in at the second water break a point in front (1-10 to 2-6) thanks to Jude Diamond's goal.

Paddy Bradley's side shaded the final quarter with a series of points, the pick of them coming from the ever-reliable Caolan Devlin.

Newbridge kept plugging away and had a chance to win the game only for Mallon's save from Nathan Rocks' late penalty.

The sides were level at the break
ADVERTISEMENT - CONTINUE READING BELOW