Faughanvale get off to a winning start 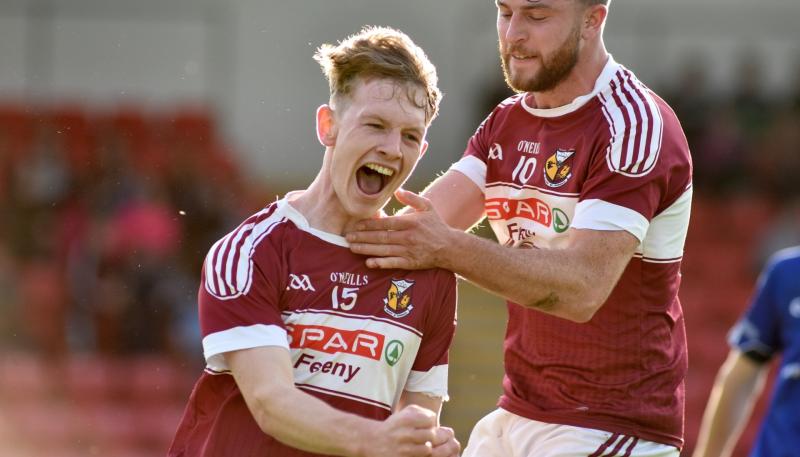 Tiarnan Moore was the Banagher hero with a late equaliser in a 1-8 haul. (Pic: Mary K Burke)

Moore finished with 1-8 to his name and he held his nerve after Mark Foley had put Steelstown head with seconds remaining.

Banagher, with Eunan O'Kane as part of their management team, led 1-4 to 0-2 after 19 minutes when Moore drilled home after picking up a Mark Lynch pass.

Cormac Mooney, Cahir McMonagle and Rory Maguire hit back for Steelstown, but it was Banagher who were in the ascendency at the break.

With 10 minutes to go, Eoghan Bradley had a shot saved by 'keeper McDermott before McMonagle slotted home from the rebound. It was point for point in the final quarter before Moore's equaliser.

Faughanvale 1-10 Foreglen 0-9
A fortuitous first-half goal from Conor McGuinness helped Faughanvale to victory in a cagey encounter at Foreglen in the opening game of the season.

Joe Gray has had his hand strengthened by the return from injury of Oisin Quinn, while Dean Curran has transferred from Doire Colmcille and former player Eugene O'Kane has moved back after spells with Banagher and Limavady.

Curtis O'Hara scored two points in the first ten minutes for the visitors before both sides went on to squander a host of missed chances. Mark Creane and Kyle McGuinness added scores to settle the 'Vale.

The defining moment came when Conor McGuinness lofted a pass in the direction of Curran, but the flight of the ball deceived everyone and ended up in the back of the Foreglen net.

Faughanvale started to dominate midfield at the start of the second half with some excellent fielding from Creane. Scores from Paddy O'Kane and Connlaoth McGee stretched their lead to six points.

After a second water break Foreglen – who lost Johnny O'Dwyer to the sin-bin - started to come back into the game bringing the match down to three points, but Paddy O'Kane hit the insurance point for the visitors.

It was a huge win for the visitors against Liam Bradley's men who feature in this weekend's Dr Kerlin Cup Final.

Veteran forward Gavin McShane was the main man for the winners and kicked nine points over a fast flowing game.

The 'Glen led 0-10 to 0-7 at the break and pushed forward to lead by five points at the second water break, with Dermot O'Kane and Chrissy Dempsey their main scorers.

An inspired last 10 minutes saw Slaughtmanus peg their way back into the game before McGee's late heroics.

The game was delayed for a serious knee injury, in the second minute, that saw Greenlough midfielder Niall Bradley airlifted from Pearse Park.

Greenlough scored an early penalty from Stephen Bradley, but PJ McAleese responded with a goal immediately intercepting a short kick-out.

Kielt's first goal after a long run from midfield, before adding a second from 13 yard free drilled to the bottom corner.
Greenlough hit three points before the break and trailed 3-4 to 1-6.

Greenlough started sharply, hitting the first three scores to trail by just one. While they had a foothold in the game, they were unable to push on after conceding the early goals in what was an open and entertaining game.

Enda McAleese settled the home side and when Daithi McLaughlin was fouled, Kielt completed his hat-trick from the resultant penalty.  Odhran McLarnon added a fifth Kilrea goal after a great pass from Paddy Quigg. 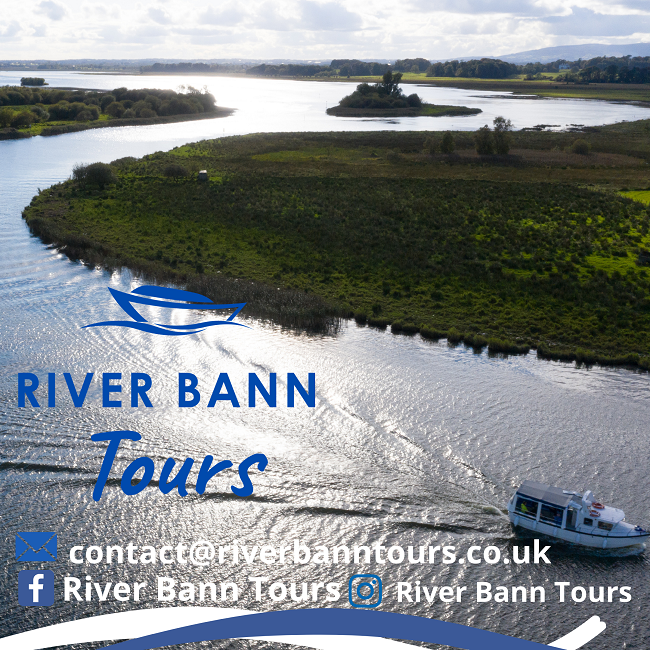 Drumsurn 0-11 Lissan 0-10
Sean Brady's Drumsurn came from two points down to snatch a victory on Sunday over Lissan at Tullynure thanks to a late Ruairi Rafferty free.

Kieran O'Kane handed out six senior debuts and went into the game without midfielder James McKee from an injury picked up in a challenge game against Armagh side Ballyhegan that could keep him out of action for much of the season. They will have to plan without Mattie Loughran who since sustained a broken leg in a car accident over the weekend.

It was one of the new blood Conor Loane who kicked five points for Lissan, who led 0-5 to 0-4 at the break.

Drumsurn, who are without Tiarnán McHugh and brought Tiarnán Woods off the bench, lost Cahir Mullan to a second booking after 35 minutes.

With eight minutes to go, Lissan were a point to the good before Drumsurn drew level and Rafferty kicked the winner.