SIDELINE VIEW: It's time for a load of balls 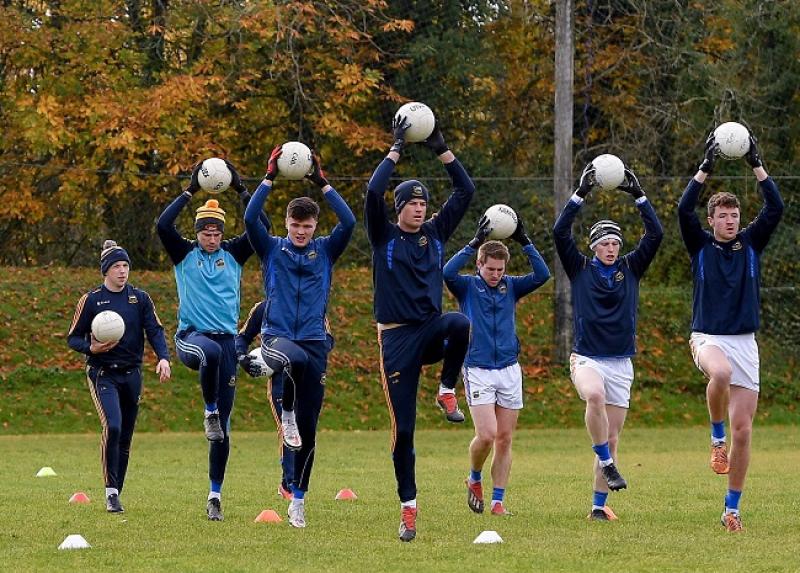 An image from social media stuck out like a sore thumb during the week. The type that makes you wonder.

It was a video of an English U11/U12 club soccer team going through the 'bleep' fitness test on their first night back at training.

Levels FC are an East London grass-roots club and the 14 seconds of footage depicting the dreaded shuttle run was posted on their Twitter page. There wasn't a football in sight.

I know nothing about the club or the structure of the session in full. There could've been a full skill coaching section with games. Even if there was, this test has no place at an underage session anywhere or in any capacity. 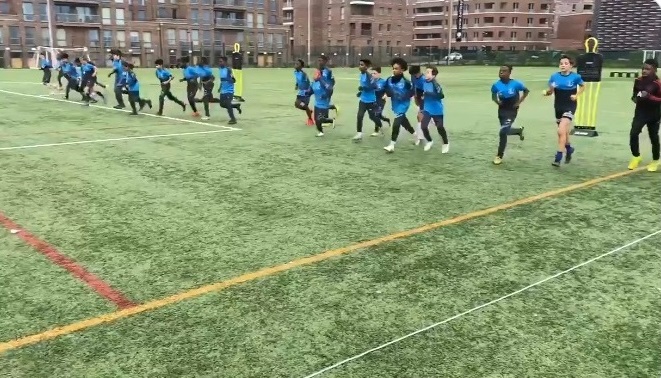 London-based Youth Soccer Club Levels FC put their U11 and U12 players through the 'bleep test'.

Any of us that know anything about the bleep test shiver at the thought. Running a 20 metre shuttle before you hear the beep. As the runs increase, back and forth, the bleeps get closer together, players drop out until only the Duracell bunnies are left darting back and forth until only one remains. Then, their inner stubbornness dictates their final score.

For the average Joe, those who winter well, it would scare you in a cold sweat in the early weeks of January. There is no hiding place.

It has a limited purpose, depending on a team's mentality. Some players will rock up to the first training sessions, burst a gut to get the highest score they can. It's a sports psychologist of sorts. It gives you something to beat.

When the first block of pre-season is done, the test returns and your second score will give coaches an idea of progress.

For most, they'll apply themselves enough on the first test, without pushing to the limit, then blow their score through the roof on the second. A pointless exercise.

To county teams and the more advanced clubs, it's been replaced by the GPS units that give instant data. It's a truer reflection, but their availability comes down to hard cash.

Going back to Levels FC's youngest players, I still can't work out their coaches mentality. Yes, it's their prerogative and I know it's none of my business, but I'm scratching my head on this one.

Jeez lads, if they are trying to see how far lockdown has left their players' fitness behind, surely the first night is a no no. It should have non-stop skills. Left foot, right foot, penalties, headers, keepy uppy, dribbling, crossing and all things technical.

Sure, nearly every parish has had virtual fitness initiatives to get underage players clocking up a few miles during lockdown, something that can be done on any road, forest, back field or public park.

Imagine the face on a child who spent two or three weeks counting down only to find Christmas has been cancelled.

This week, any coach worth their salt should be gathering up as many balls as they can. Better still, tell players to bring their own and scrawl their name on it so it's not lost. Forget cones. Let them ping balls around until their diesel tank is empty. Job done.

If there are more than 15. Split the group in half and work in separate areas of the pitch.

I interviewed Paul McFlynn lately, now a coach with Glen U11s, about the need for underage players to get back to sport.

His first session back would be letting the young lads 'run about mad' and blow off steam. What a brilliant idea. Imagine the noise and laughter. The music we have missed most of all.

A few sessions with no structure, resembling nothing more than an organised kick or puck around, would do wonders. It would allow the coaches to just watch the players' technique and note things needing improvement. Details for later sessions.

As the weeks go by, then introduce some organisation. Start with 10 minutes of freestyle play at a leisurely pace which doubles up as a warm-up, with a whistle half way through to get players to strike or kick off their other side.

For paty two, based on any weaknesses observed over the earlier sessions, break the panel into small groups to work on any required areas for the next 10 minutes. To help with practice at home, videos of good technique or even YouTube examples could be sent to parents. Not many, just some of the main ones.

Part three - break the group into shooting and kicking practice, with he other half doing running relays. One run without the ball and one with it. Hey presto, they are doing fitness work without even knowing it. As the weeks go by, the level can be changed. But always have a ball.

Part four of the session, break into teams of seven for a game. Or play backs against forwards. And just let them at it, make a few notes on things to work on for the next practice session.

Then finish off with a competition. Shooting. Passing. Trying to get a ball into a wheelie bin. Knocking a cone off the crossbar. Landing a ball into a marked out square. A bean bag on the hurl relay race. Anything to get a laugh. Something they'll remember and can do at home.

Make it fun and watch them grow. The games and the rest of the season will take care of itself. Think what we have missed most. Togetherness. The social side of sport. Laughter. Banter. Running about mad.

I'd like to see the face of the players if they turned up to a pitch to find nothing but a 20 metre lane, a phone, a boom box and the bleep test soundtrack. Or a load of cones, a ball between five and a bus queue at each cone. If they're standing too long they'll get distracted and bored.

Monday, April 12 is our second Christmas. Make it magical. Levels FC's 14 seconds of footage might not be the full story, but if it was a trailer it's not great marketing.