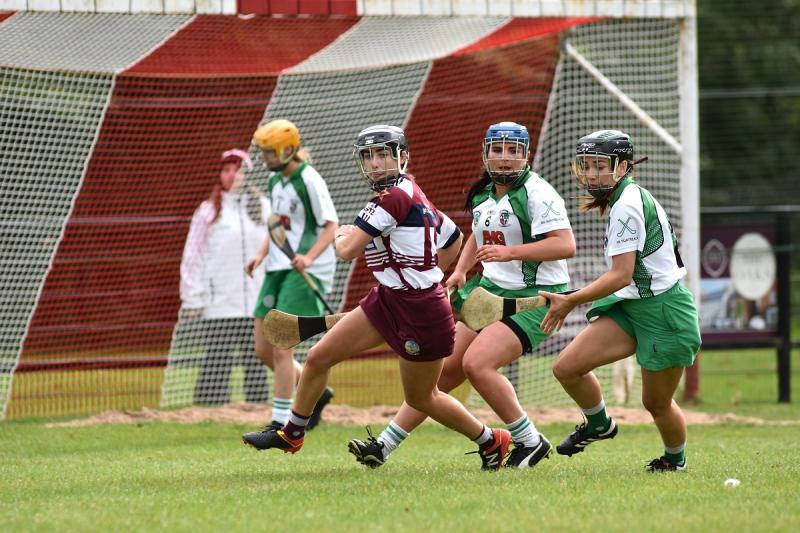 Therese Mellon in action during Slaughtneil's win over Swatragh in the 2018 final (Pic: Mary K Burke)

It will be a repeat of the 2018 final on Saturday in Bellaghy (4.30), as Slaughtneil put their Derry and Ulster titles on the line against Swatragh.

The Davitt's beat Slaughtneil in the league decider last year, their first defeat since 2015, but the Emmet's turned the tables in the championship semi-final before beating Ballinascreen in the final.

In last Friday's semi-final, they started without Tina Bradley against Ballinascreen and after a tough battle came through as 2-11 to 1-8 winners.

Lavey hit five goals in their 5-14 to 2-7 win over Lavey.  Dara McGuckin bagged 3-1 and the 'Swa built their attacking game on Shannon Kearney's ability to read and dictate the game from centre back.

The winners will face Loughgiel in the Ulster championship, after their completed six-in-a-row of Antrim titles with victory over Ballycastle.

Also at the weekend, Kilrea were 2-9 to 2-8 winners over Slaughtneil Reserves in the semi-final replay of the intermediate championship.

The Pearses are the current league champions and they take on Glen, who saw off Castledawson and Coleraine on their way to Sunday's final.

Also on Sunday, Ballerin will take on Magherafelt in the junior final.