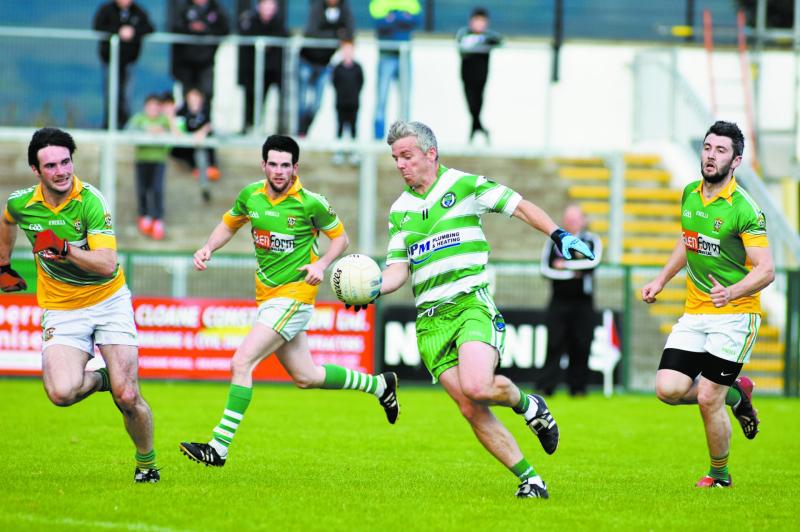 Faughanvale's late rally took them over the line on Friday night, but not before Tiarnán McHugh had a late chance to salvage what would've been a deserved draw.

This encounter didn't disappoint. The sides were level seven times, exchanged goals early in the second half and went on to have their spells of dominance.

In a cagey and competitive opening quarter, the side traded points, but is was always Faughanvale who kept their noses in front. In the 16th minute, Mark Creane fouled Ruairi Rafferty and McHugh converted the free. Drumsurn won the resultant kick-out, with McHugh firing over an emphatic effort on the run to edge them ahead for the first time in the game, 0-4 to 0-3.

At the start of the second half Eoin McElhinney and Michael Sweeney combined to setup Kevin Martin for a goal chance, which was eventually finished to the net by Michael McLaughlin.

finished to the net, putting them 1-5 to 0-6 ahead,Drumsurn's response was instant. Pearse McNickle replied with a point and when Dara Rafferty surged forward, he placed Harry Foster in on goal where he blasted to the roof of Moore's net.

James Moore began a move with a surging run and after taking a return from Cathal O'Kane, he levelled the game once again.

Steven Harbinson later bombed a kick-out over midfield in a change of tact. Shea Murray got on the end of a flick and the move finished with a Foster point.

It was Drumsurn's last score for 19 minutes, which included their possession based tactic in the spell they were down to 14 men when Daniel McNicholl sat in the sin-bin. It was Joe Gray's side who had the final say with their scoring salvo to secure a second win.

Converted frees from Kevin Martin (2) and Paddy O'Kane inside a two minute spell had Joe Gray's men two points ahead. Ruairi Rafferty angled a neat score to reduce the gap to a single point, but the 'Vale hung on.

Full reports, pictures and analysis in Tuesday's County Derry Post, as well as a comprehensive roundup of the senior, intermediate, junior and hurling championship.  Don't miss it.