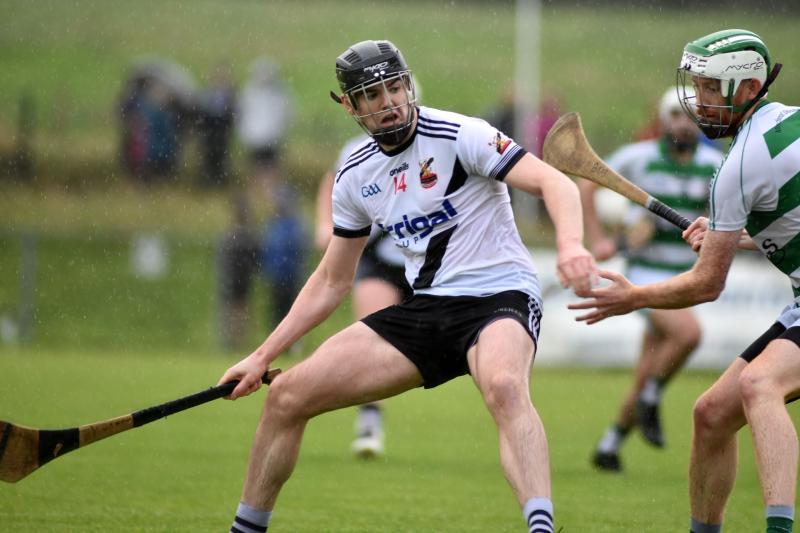 Goals from Padraig O'Kane and Tiarnán McHugh helped Kevin Lynch's to a tally of 2-5 in the last 17 minutes and secured their senior semi-final spot with victory over Banagher in perfect conditions Foreglen on Wednesday night.

When the teams went in at the water break, midway through the second half, they were deadlocked at 1-7 to 0-10.

In the first attack after the resumption, Odhran McKeever won a 46th minute penalty and after goalkeeper Daryl McDermott made a spectacular save Eoghan Cassidy's from shot, Padraig O'Kane was alert to stab the rebound home.

A brilliant catch and point from distance by youngster Darragh McGilligan helped the Lynch's into a three point lead and they breathed a sigh of relief when goalkeeper McDermott blazed a Banagher penalty over the bar.

In the closing stages, Tiarnán McHugh cracked home a second goal to kill off the game, with a margin that didn't reflect the effort Banagher put into the game, in front of watching Derry selector Brian Delargy.

It was feisty at times in the first half and Kevin Lynch's led 0-9 to 0-3 at the break, but John O'Dwyer's men, with a pep in their step, burst in the game during the third quarter.

Points from Liam Eoin Campbell and Sean McCullagh got them back in contention. Their effort was rewarded with an Oisin McCloskey goal after Sean Kelly denied Darragh Cartin from the initial shot, making the score 0-9 to 1-5 after 36 minutes.

There was a full round of game on elsewhere.  Slaughtneil were 0-26 to 0-13 winners at Lavey, while Coleraine earned their second draw of the campaign against Swatragh in Glenullin.

Ballinascreen bounced back from their heavy defeat to Slaughtneil with a 4-21 to 2-9 win over Na Magha at Dean McGlinchey Park, with goals from Conor McSorley (2), Paul Cleary and Emmet Donnelly.

'Screen face Lavey in round three, with the winners will book their spot in the senior semi-finals, with Swatragh's final game with Banagher also vital

The top two teams from each section will advance to the senior semi-finals, where the losers will play in the intermediate final. The bottom two teams in each group will make up the junior championship semi-finals.

The tables after Round 2