Lavey pull clear of Na Magha in the second half 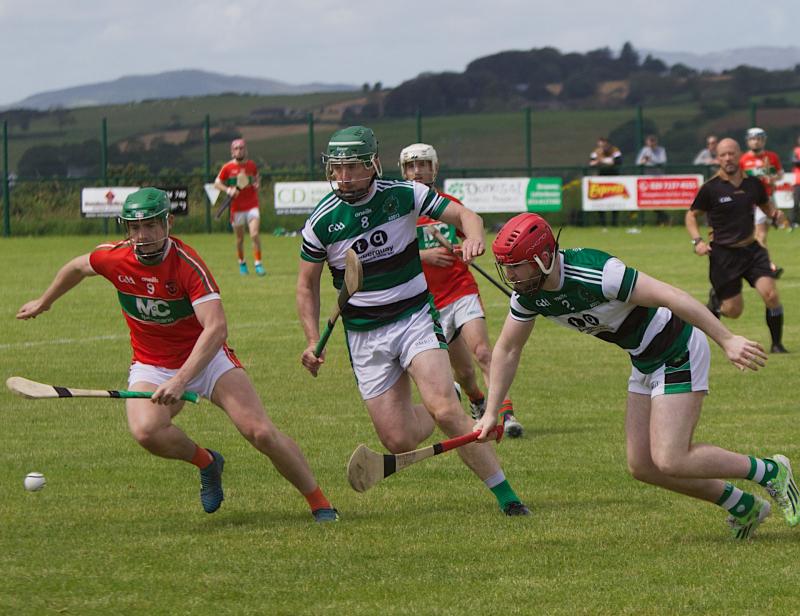 The Erin's Own side went into an early lead with points from Ryan McGill, Fintan Bradley and Liam Murphy.

Deaglan Foley kept the city men in touch and when they got back into the game.  It was point for point and the sides were level at the break, 0-7 each.

"It was a good workout," Lavey manager Johnny McGarvey said after the game.

"It was awkward and it was a tough breeze to play in.  They (Na Magha) were fairly physical and we were happy enough to get a win."

The Lavey boss referenced his side's lack of composure in front of goal, allowing Na Magha to stay in the game.

"I would safely say we had 20 wides and we gave away a lot of frees and eight of their 10 scores came from frees," McGarvey added.

"That makes it difficult, giving away frees for hands on back and wee flicks on men...things that you shouldn't be doing and then we were missing our own frees.  That was letting them back into the game."

Apart from Ryan McGill having space when he hit the game's first point, neither side created an out and out goal chance.

"I thought Na Magha were very good and they defended very well," the Lavey boss concluded.  "It is about getting two points and there will be teams sitting on zero points this week.  The first game is about winning, we will know all about it with Slaughtneil next."