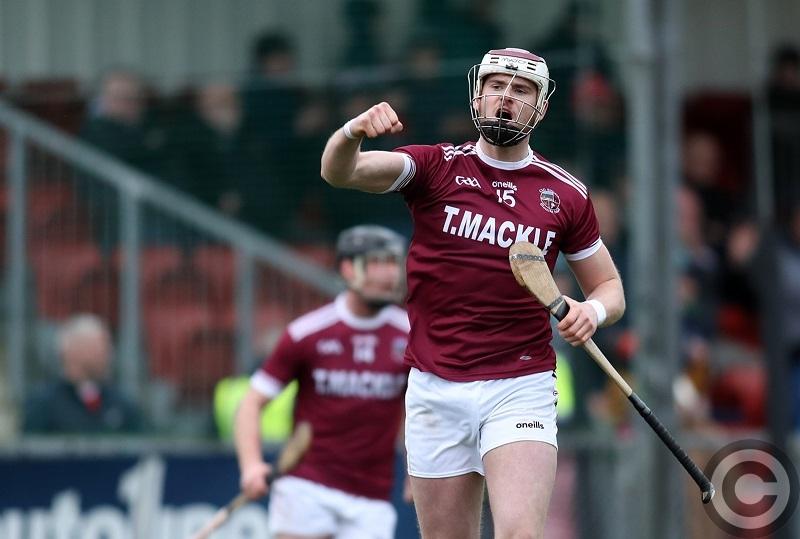 Derry and Ulster champions Slaughtneil eased to an opening win of the season at home to Ballinascreen.

With 20 minutes gone they let 0-6 to 0-4, but whatever was said at the first water break made a difference.

The Emmet's began to create more space and a Brendan Rogers goal began a 3-3 scoring burst inside five minutes and they were 3-13 to 0-4 ahead at the break, with Mark McGuigan and Cormac O'Doherty grabbing the other goals.

Ryan Scullion notched the first score of the second half but Rogers' second goal had the home side back on rampant form,

Jerome McGuigan was in unstoppable form and bagged two second half goals, but was sent off late on for grabbing Emmet Donnelly's faceguard in a challenge which saw the 'Screen man pick up a yellow card.

The win came at a cost, as Karl McKaigue was forced off injured with concerns over his ankle and achilles tendon.

Ballinascreen's Ryan Scullion also hobbled out of the game late on with what appeared to be a knee injury and faces a race against time ahead of the football championship next weekend.