St Conor's left hanging on in the face of Ballygawley's comeback 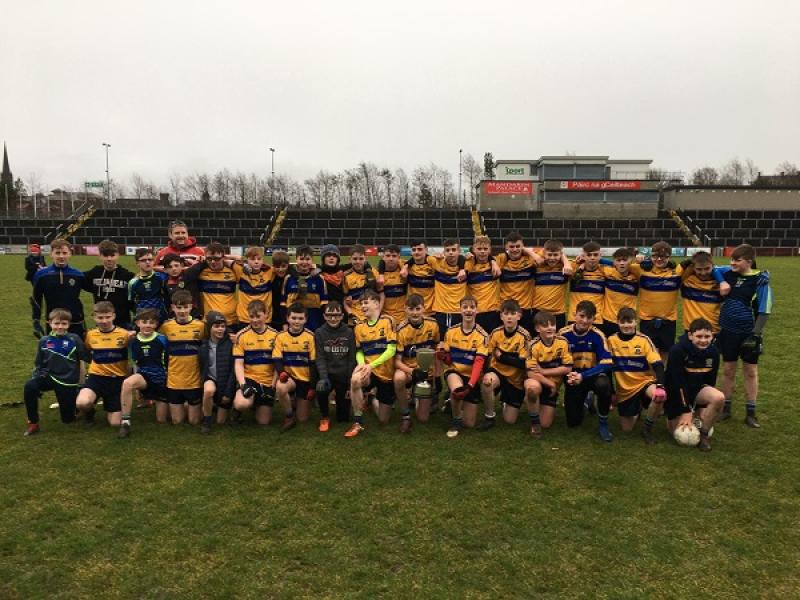 For the second year in a row, St Conor's left Celtic Park with an Ulster U14.5 title after hanging on against a storming Ballygawley fightback.

Last season, they won the Grade D final and after a gutsy display, with goals at the right time, lifted the McDevitt Cup (Grade C) on Tuesday afternoon at Celtic Park.

The decisive score came in the 51st minute with a winning goal from St Conor's midfielder Eoin Mullan.

The sides met in the group stages and it was the Tyrone side who prevailed. As predicted by St Conor's coach Declan Toner, the final went right down to the wire.

St Ciaran's got into their groove in the second-half and looked the likely winners, but St Conor's dug in and always had a response.

Sean O'Connell scored 1-6 in vain for Ballygawley, while Ryan Mallon's runs from midfield gave the Tyrone side the impetus for their comeback.

Oliver Wasoski opened the scoring for St Ciaran's with the first of three goals in a frantic opening 10 minutes. Ben Murphy pounced on a rebound when Tommy Rodgers' shot came off the bar, before dispatching to the bottom corner of the net to level the score.

Then came a second St Conor's goal from James O'Neill, after he linked with effective ball-winner JP Hasson. Along with the roving Fintan McGlinchey, they always looked dangerous up front.

St Conor's struggled with their kick-outs against the breeze and went nine minutes without a score before Ben Murphy slotted over, after a fine catch by Eoin Mullan at midfield.

Mullan hit his first goal before half-time but St Ciaran's responded with points from Sean O'Connell and centre-back Harry McGinn.

St Conor's led 3-2 to 1-5 at the break and with a battling defensive effort kept themselves in command until the game sprang into life in the 42nd minute.

O'Connell, after having his initial shot saved by goalkeeper McAtamney, bagged a second Ballygawley goal. When he added a point seconds later, the sides were level, 3-4 to 2-7.

Fintan McGlinchey squeezed home goal and St Conor's were back in business, but it was St Ciaran's who were in command with midfielder Mallon driving forward at will.

St Ciaran's edged ahead for only the second time in the game with an Oisin Neill goal after 50 minutes.

The St Conor's response was instant. In a move involving centre-back Conor Kearney, Mullan had a shot blocked on the line by Paul McGinley before the Glenullin man bundled the ball over the line.

St Ciaran's poured everything they had into the closing stages. Padraig Kelly cut the gap to a point before a free from Harry McGinn dropped short. After bobbling around in the St Conor's squad, the ball was cleared and it was the last throw of the dice for Ballygawley.