The family have linked up with recycling company Terracycle and charity Kicks Count. 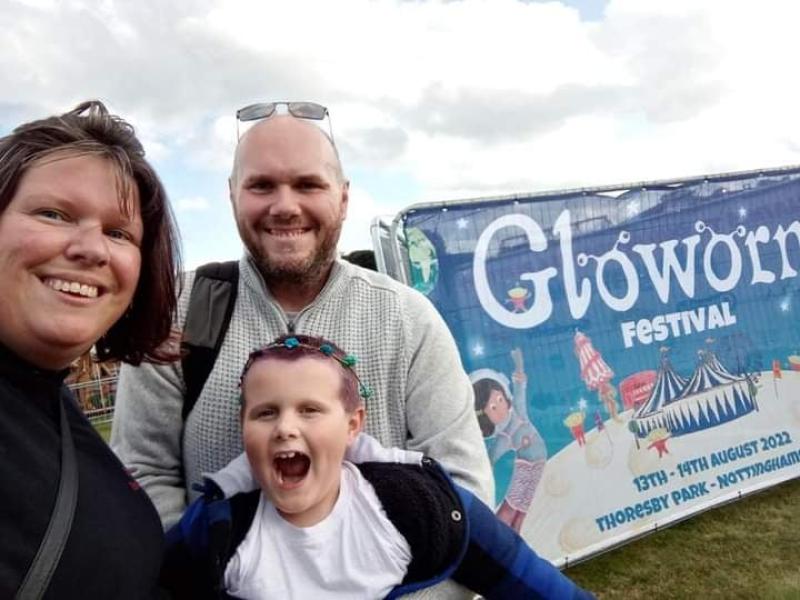 The family chose 'Kicks Count' to benefit from their fundraising after their help during pregnancy.

A County Derry family who are using their enthusiasm for recycling to raise funds for an antenatal charity have said support for their work has sky-rocketed during the pandemic.

Vicky Seviour, along with husband George, have been running their fundraising recycling initiative - Recycle for KC Northern Ireland - since the birth of their son William in 2014.

The Tamlaght O'Crilly couple had been attempting cycles of IVF before becoming pregnant with William, and chose to support the charity 'Kicks Count' after they helped Vicky during their pregnancy.

“Obviously we'd wanted the pregnancy for so long, so I was terrified of losing what could be our only chance,” Vicky told the County Derry Post.

“The pregnancy was a dream though, and we were coming towards the end and he wasn't moving quite as much.

“I had an anterior placenta, so I knew the kicks would be reduced, but I could almost hear him hicupping. I thought if he's hicupping, he's fine.

“Just by chance someone mentioned I should go to the Kicks Count website and have a look, and it said hiccups were involuntary; it's not a sign that the baby is well.

“Because I had that reduced movement, they suggested I went to hospital. I went three times in the end; the first two were fine, but on the third they said I was running out of fluid and he had to be born now.

“If it hadn't been for them, I don't think I would have trusted my gut to go and get it checked out.” 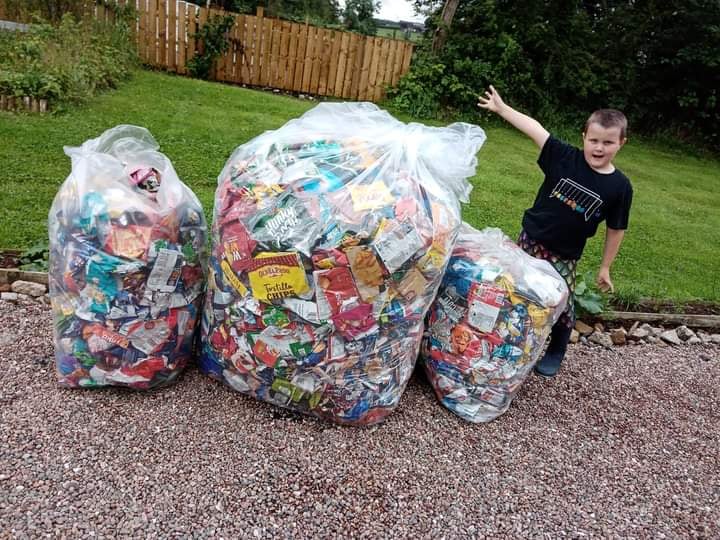 Vicky and George's son William with bags of recycling.

Vicky, who worked in the recycling department of the council in her native Wiltshire, had somewhat of a 'eureka' moment shortly after William's birth.

She was about to put an empty baby wipe packet into the recycling bin, but realised the council was unable to recycle them.

She did, however, know someone who did.

“There is a company called Terracycle, who are based in England, whose aim is to eliminate the idea of waste,” she said.

“They work with brand partners, so they have the extra money to recycle things that councils can't really afford to recycle, or can't be done so easily.

“They can process those things and partner with people like Pantene, who can make bottles out of recycled plastic.

“Because they partner with brands, it's about the product type rather than the plastic type – hard, soft, whatever.

“Walkers will pay for any brand of crisps. Nestle pay for all the sweets. Some companies are brand specific, for example, Pringles will only pay for Pringles tubes.” 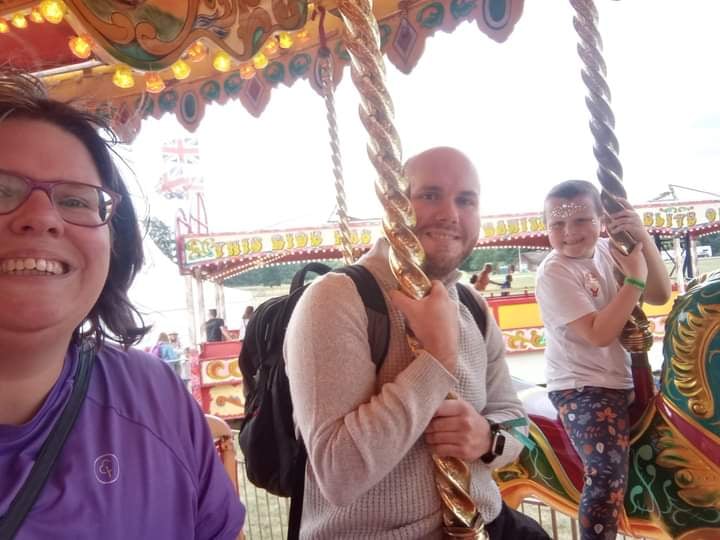 Vicky has left the council disgruntled on occasion, with some people becoming confused about what they can and can't recycle, but she insists her scheme is complementing their work.

“It all comes down to money, and the councils can't afford to do it all. The councils aren't a big fan of me, because obviously, I complicate things,” she said.

“It is quite complicated, so we tell people to start small. The crisps are quite a big one. If people keep saving their crisp packets it adds up, and it's easy for them as well.

“We try and make it as easy as we can for people, we have hubs all around the place, funded by the Department of Agriculture, Enivronment and Rural Affairs (DAERA).” 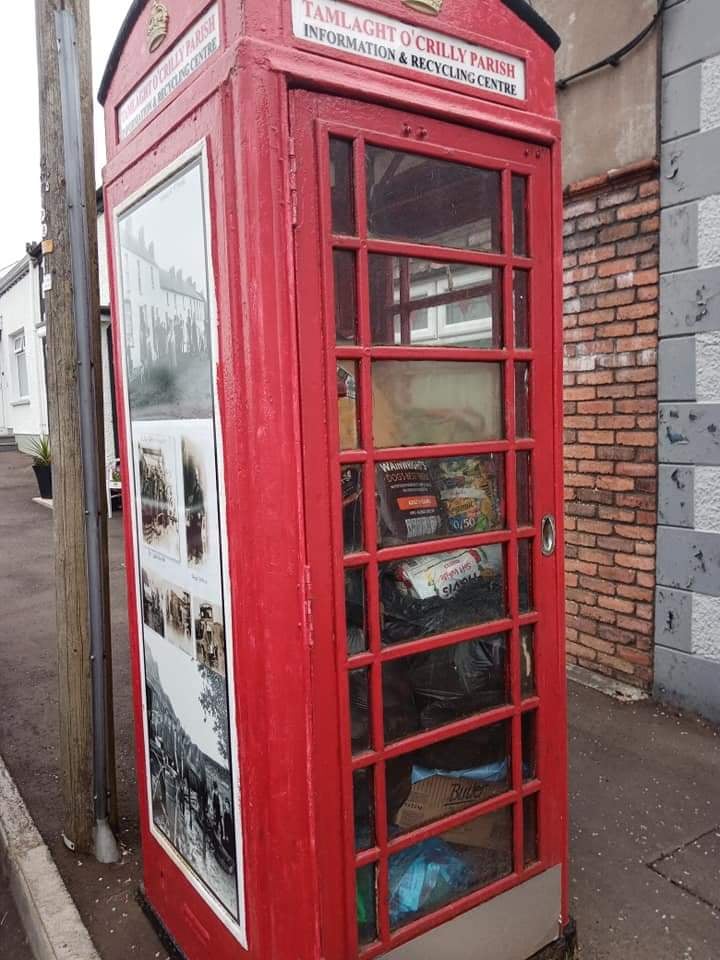 One of the Recycle for KC NI hubs near the family's home in Tamlaght O'Crilly.

The hubs are dotted throughout County Derry and further afield, with the majority placed at home addresses to avoid confusion over their contents.

“We started off in Mid Ulster and within about two years we decided to put it all over the place. The more people who find us, the more who get involved in helping,” she said.

“We can't handle this amount of waste on our own. We have people in Belfast who act as hubs for that area. They round it up and deliver it down to me.

“In Derry we have one woman who has a bin in her driveway and people drop it off. With people like that, we can cover the whole country.

“We tend to have them at home addresses. For example, we have one at Crawford's in Maghera, and it's right next to the cash machine.

“It has wrappers, coffee cups, receipts, all sorts of junk just thrown into it. So we have to put the bins in places where people know they are there.

“They have to find us through the group and find out how we sort waste, and what waste we can take, otherwise we end up with all sorts of stuff.” 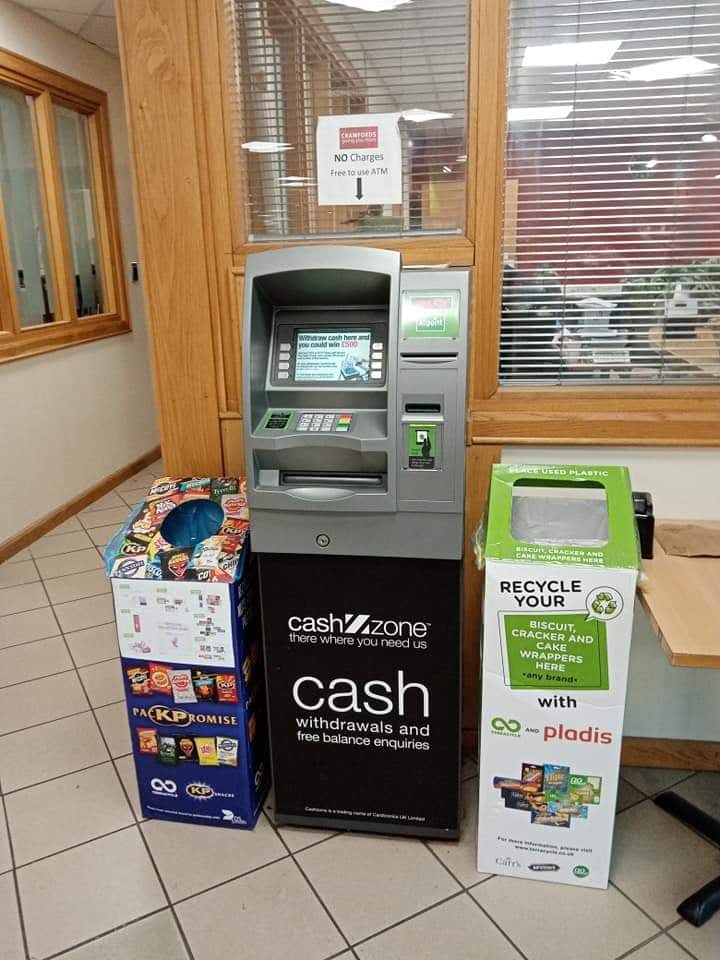 As well as helping conserve the environment and support a worthwhile cause, the County Derry woman says the recycling has helped her preserve her own identity after becoming a mother.

“I came over here when I was pregnant, and the recycling was really helpful, because it gave me a purpose,” she said.

“Rather than just being William's mum, I was known as the 'Rubbish Lady' and I quite liked that, because at least it's my own identity. It probably saved me from post-natal depression.

“We also do quite a lot of litter picking around here, so when William was younger, I used to push him on the buggy and I'd pick up the rubbish and tie it onto the back.”

Pre-Covid, Vicky says the scheme was raising on average around £150 over a six-month period, but since the pandemic hit in March 2020, that figure has risen to around £2,000.

“I think it's because people were at home and on social media more, so they could find us more easily,” she said.

“I'm hoping by mid-September, we should hit around £10,000 for the charity. We'll hopefully have a little party or celebration.

“Basically, we're paying for plastic when we're buying food, and then binning it and paying to get rid of it. With Terracycle, you get some of that money back and it goes towards a good cause.”

For a full list of hubs serviced by Recycle for KC Northern Ireland, or for more information on what can be recycled, visit their Facebook page.

They have renewed their appeal to those littering the streets.