The story of how local nuptials went wrong over a century ago. 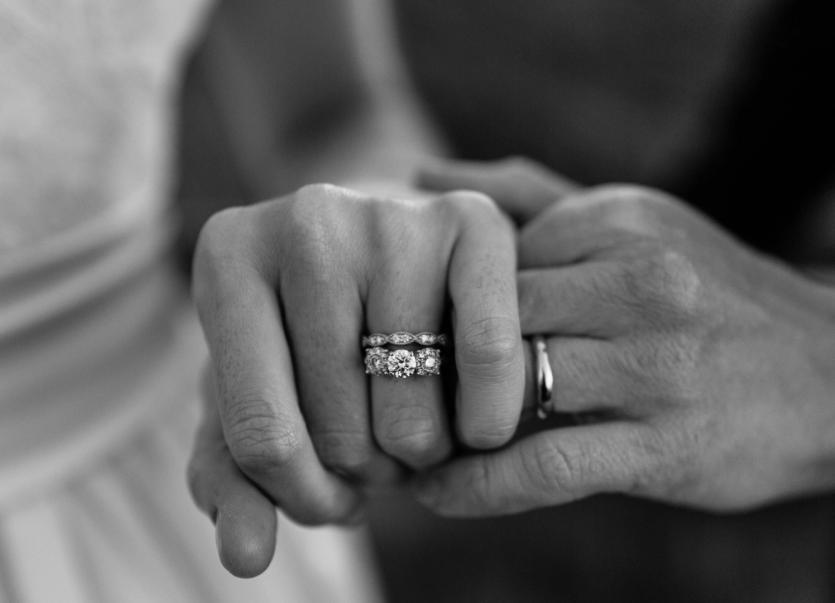 It's a fear that nags many brides. Will he be at the altar when I arrive?

The consequences of a jilting are far-reaching. Embarrassment, heartbreak and sadness are a potent bill before you even get to the sharp end of the cancelled catering, accommodation and honeymoon.

Over a century ago, one County Derry bride decided she wasn't going to take it lying down, and duly lodged court proceedings against her would-be husband.

The Coleraine Chronicle of March 29, 1919, carried a story with the headline 'Co Derry Breach of Promise Case', detailing how one jilted bride was awarded damages for her ordeal.

“The story of how a young girl was enticed away, then wronged, and ultimately deserted by her fiancé was told at a court of inquiry in Coleraine on Thursday,” it began.

18-year-old Minnie Smith of Rallagh, Dungiven, was suing her former fiancé, Robert Cooper, a flax scutcher from Ballyness, Dungiven, for breaching a promise of marriage.

As well as failing to appear at the altar, Cooper also failed to attend court, with the article noting he was unrepresented in the case.

A notice of the intended marriage, signed by Canon Warren, was presented to the court by Miss Smith's father Robert, who said the jury would be satisfied his daughter had been 'treated badly'.

In court, the tale of their meeting and subsequent romance was outlined.

“The plaintiff, a smartly-attired girl, stated that she first met the defendant at a ball in Bovevagh about three years ago,” said the Chronicle.

“About Easter of last year, the defendant told her he had fallen out with his father's people; that he was going to go away and wanted her to go with him.

“He said he was going to go to Donemana, where he was sure he would get a job. Plaintiff refused to go with him.”

Mr Cooper did go to Donemana, but returned just two days later, saying he could not stay away. Three months later he told Miss Smith he had again fallen out with his father in a dispute over money.

He again implored Miss Smith to go with him to Donemana, and this time she agreed.

“Witness agreed to go with him when he told her that he had got her father's permission for the marriage,” said the Chronicle.

“He told her that they could not get married until they were a fortnight in Donemana, and that if they were found out before that time they could get married in the 'Standard' office, Derry.”

The remark prompted laughter in the court, and Mr Smith explained the 'Standard' was a newspaper office in the city, where they did not marry people.

It was under this impression that Miss Smith headed off to Donemana with Mr Cooper. The pair met in Limavady and walked the ten miles to Claudy, where they stayed with the defendant's aunt.

On reaching Donemana, they stayed as 'man and wife' in a lodging house for two nights, with Mr Cooper sending a letter to his brother to bring his Sunday clothes. 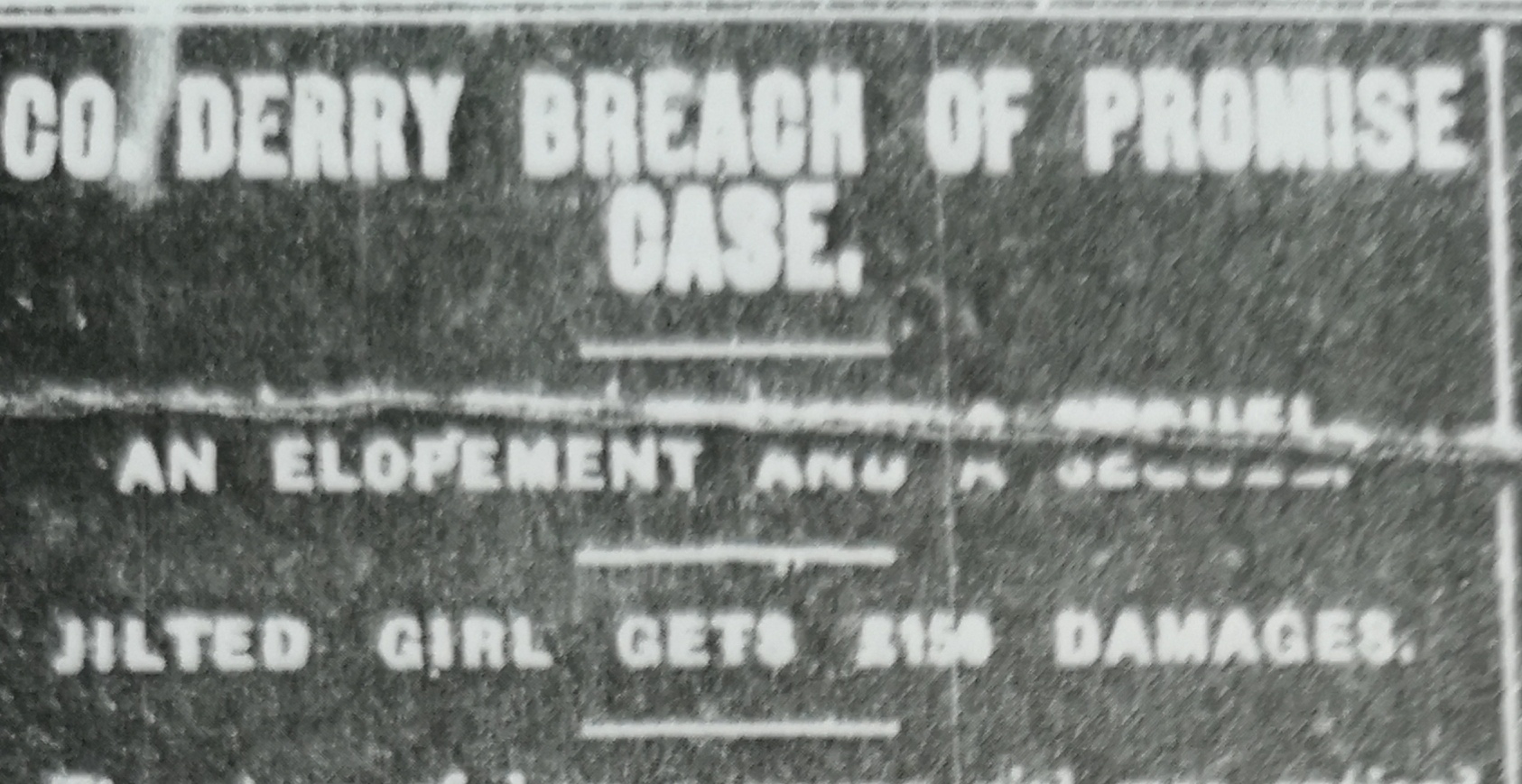 The article as it originally appeared in the Coleraine Chronicle.

In the letter, the defendant said he and Miss Smith were now married.

A few days later, the defendant's brother arrived in a car, with instructions from their mother for the couple to come to their house immediately.

Reluctantly, Mr Cooper agreed to go, but Miss Smith insisted they stop off at her house on the way.

“Plaintiff, however, declared that she would go to her own father. They had to pass the residence to her parents on the way,” said the Chronicle.

“On reaching there, the plaintiff got off, accompanied by the defendant , who stayed at the house for the remainder of the evening.”

Mr Smith, Minnie's father, told the court that Mr Cooper had told him that his own father, under the impression the couple were married, was to give him 'his pick' of two houses that he owned.

After the initial confusion, a date was arranged for the marriage – Thursday April 11 - and the defendant arranged to see Miss Smith the following evening.

Mr Cooper had also been to see the priest to arrange the marriage licence, and had arranged to call for the papers during the week, but in the end, did neither.

“He afterwards told her that his parents locked up his clothes, and would not let him out,” said the Chronicle.

“Plaintiff was on her way to see the defendant at the mill when she was met by his father, who called her a cheeky, impudent tinker for daring to look near his son, and ordered her away.

“He also told her that she was not good enough for him. Defendant was to have called at her father's house on the morning of the marriage, but did not put in an appearance.

“Defendant never turned up at the church on the day fixed for the marriage.”

A throwaway line in the article may reveal a reason for the defendant's change of heart and his father's attitude towards her.

“Nothing improper took place between the plaintiff and defendant until three weeks before the date of the marriage. Plaintiff gave birth to a child in December of last year,” said the Chronicle.

On reviewing the evidence, Under-Sheriff Mr Alwyn Craig said the jury 'would have no trouble in arriving at a fair assessment of the damages'.

Indeed, after just a brief deliberation of the facts, the jury fixed damages of £150 to be paid to Miss Smith as compensation.

Derry's real life Robinson Crusoe and her life under water

Aoibheann Gillespie-Mules' career has taken her across the world

LIFE IN LOCKDOWN: Talking Covid, rates and the new bypass in Dungiven

Residents are hoping the bypass will encourage people to shop local.