The Newbridge woman is helping to break down barriers facing women in aviation. 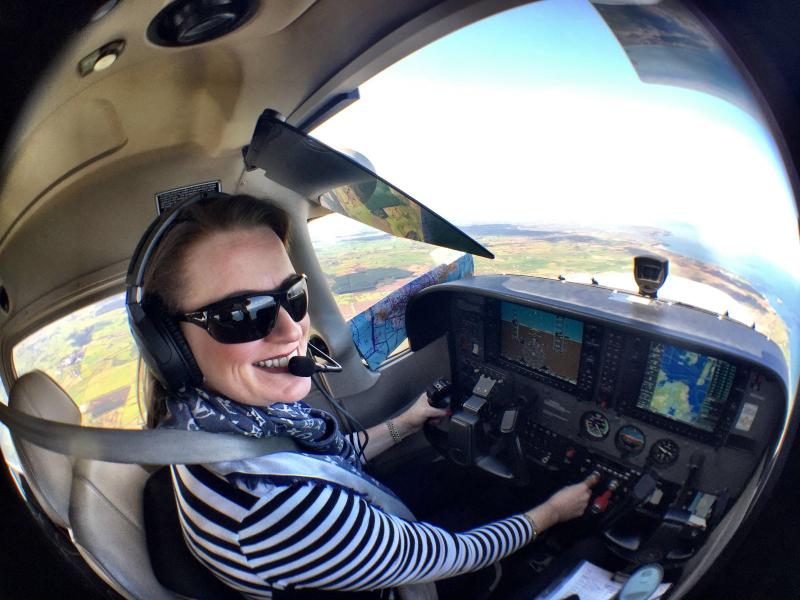 Liam Tunney speaks to County Derry woman Deborah Walls about breaking down barriers for entering aviation, becoming a pilot later in life, and how determination led her to prove a point after a throwaway comment from a male acquaintance.

It's always good to come out of an interview having learned something new.

“I know a lot of airline pilots who are scared of heights,” says Newbridge native Deborah Walls.

“The key is to look out, but never down. Always look to the horizon, or eye level, and you won't get that wobble people can get with fear of heights.”

A fear of reaching new heights has certainly never been a factor for Deborah.

With data from the International Society of Women Airline Pilots revealing just over 5% of the world's pilots are female, women in aviation are greatly outnumbered. 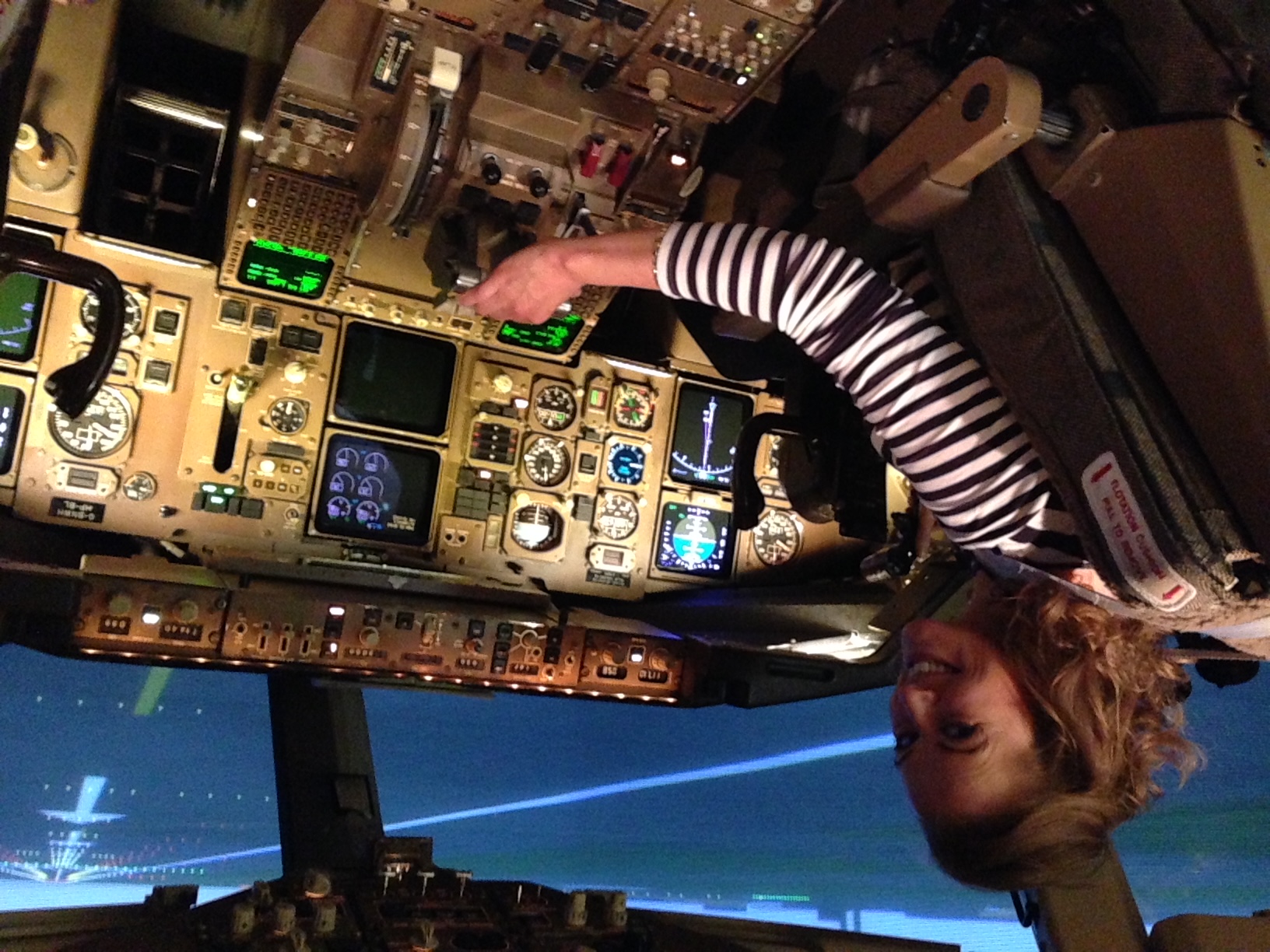 Deborah, who holds a private licence, always had an interest in flying, but it was a throwaway comment from a male acquaintance that finally set her on her aviation journey.

“It was a fella that said to me, 'yeah, but you couldn't do it, you wouldn't manage it', and I just thought, 'we'll see about that,” she told the County Derry Post.

“I just thought I'd go and check out the flying schools and eventually went to Newtownards, because it seemed to be the most consistent training. I signed up and that was me.

“There were more lessons cancelled than taken because of the weather, but I made it through. I would be studying on long-haul flights wherever I was going to, be it the States, Asia or South America.

“I'd be on those flights studying for that period of time to do the exams. There is work involved, but like anything, it takes your commitment and dedication to get it.

“It's not cheap for people. If you want to do it, you need to commit to it and stay the course. I see parents paying for their kids to fly and they've maybe not taken it so seriously.

“But this was coming out of my pocket, and I'm not the type to do something like that. Once I'm in, I'm committed.” 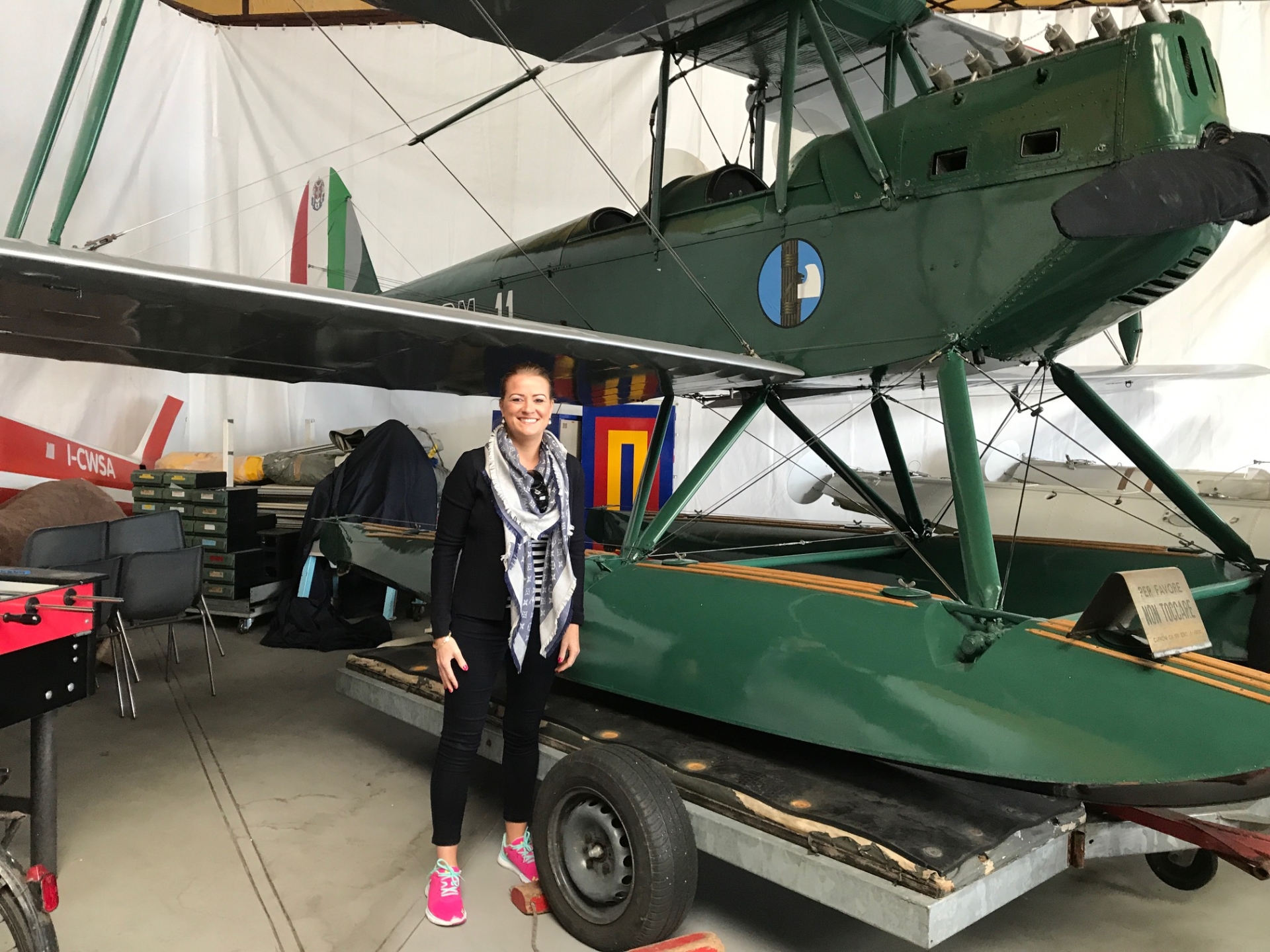 Low-key misogyny is just one of the barriers placed in the way of women looking to get involved in flying, particularly in Northern Ireland.

“I've always loved aviation. Even though it doesn't seem that long ago, when I was at school, it just wasn't a thing that girls did,” said Deborah.

“Going to a Catholic school, the RAF Cadet scheme wouldn't really have been opened to Catholics in Northern Ireland. I hate to bring it back to that, but that's how it was.

“Many young people take that route because it's a sponsored scheme of training youngsters to fly, but it wouldn't have been open to me back then, and certainly not girls.

“It was probably beyond the realms of affordability for most people. In my mid-30s, I had a good job and was working back in Northern Ireland and I was able to devote the time needed to the training.”

Deborah initially graduated from Ulster University, Jordanstown, witha degree in Biochemistry, before going on to complete a Master's in Business. 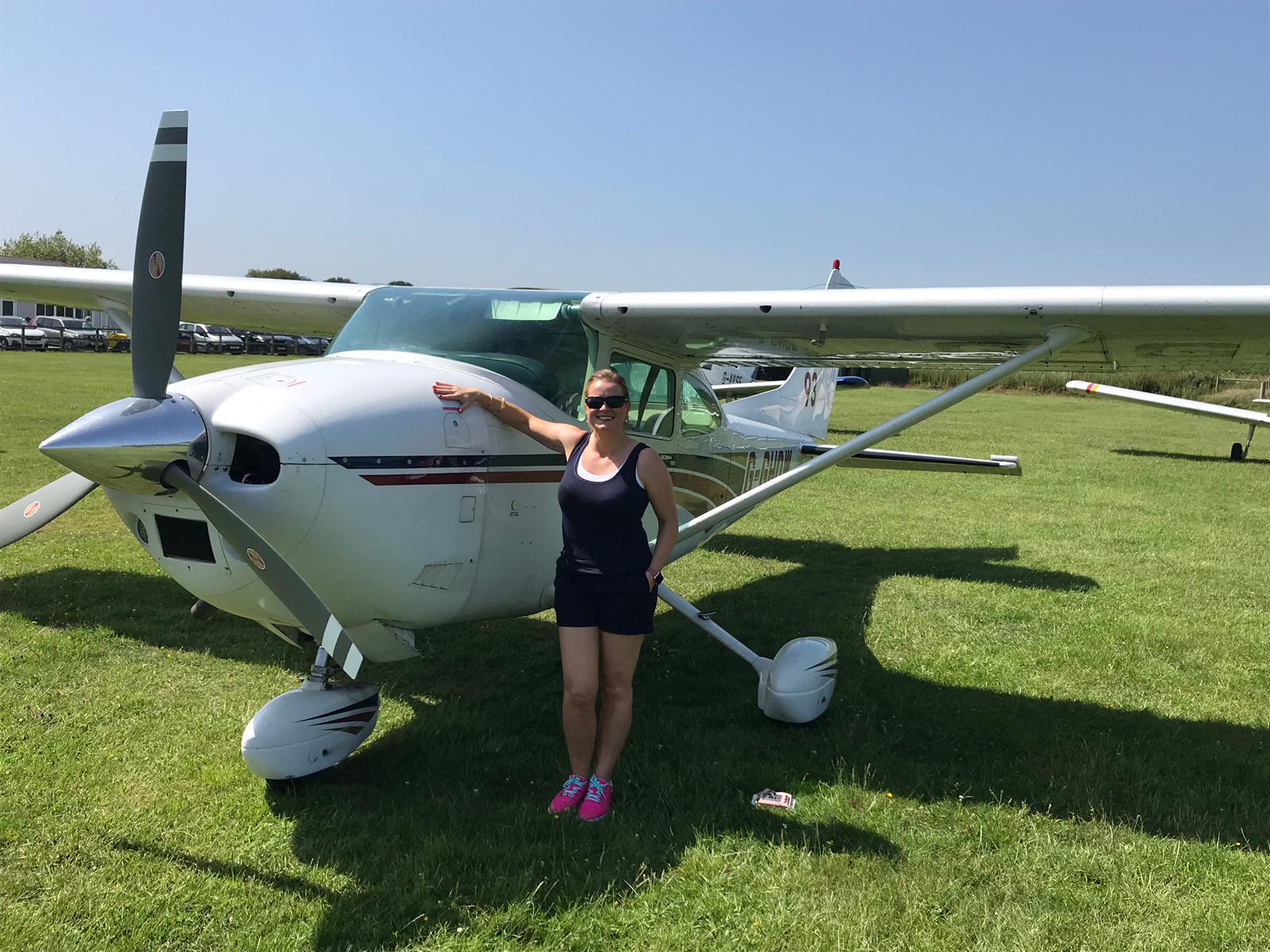 Her work takes her to all corners of the globe, but holding a private pilot licence has allowed her to see those corners from a very different perspective.

“I've worked in Scotland, Siberia, Angola and all over west Africa. I lived in those locations, so I wasn't just breezing in and out,” she said.

“My other half is Australian and I really love Australia. I did a bit of flying there actually in January last year. It was just spectacular really.

“Steve and I hired a plane and we flew inland to Wave Rock, out in the outback and it was a fantastic experience.

“It is the typical burnt, red earth and outback that you would anticipate. It was in the middle of the Australian summer and it was very hot.

“I love the heat, but it was hot even for me. It's just a vast land of burnt red earth. The pictures were good, and it was an excellent experience.

“That's the beauty of flying, you can do those experiences with your licence.” 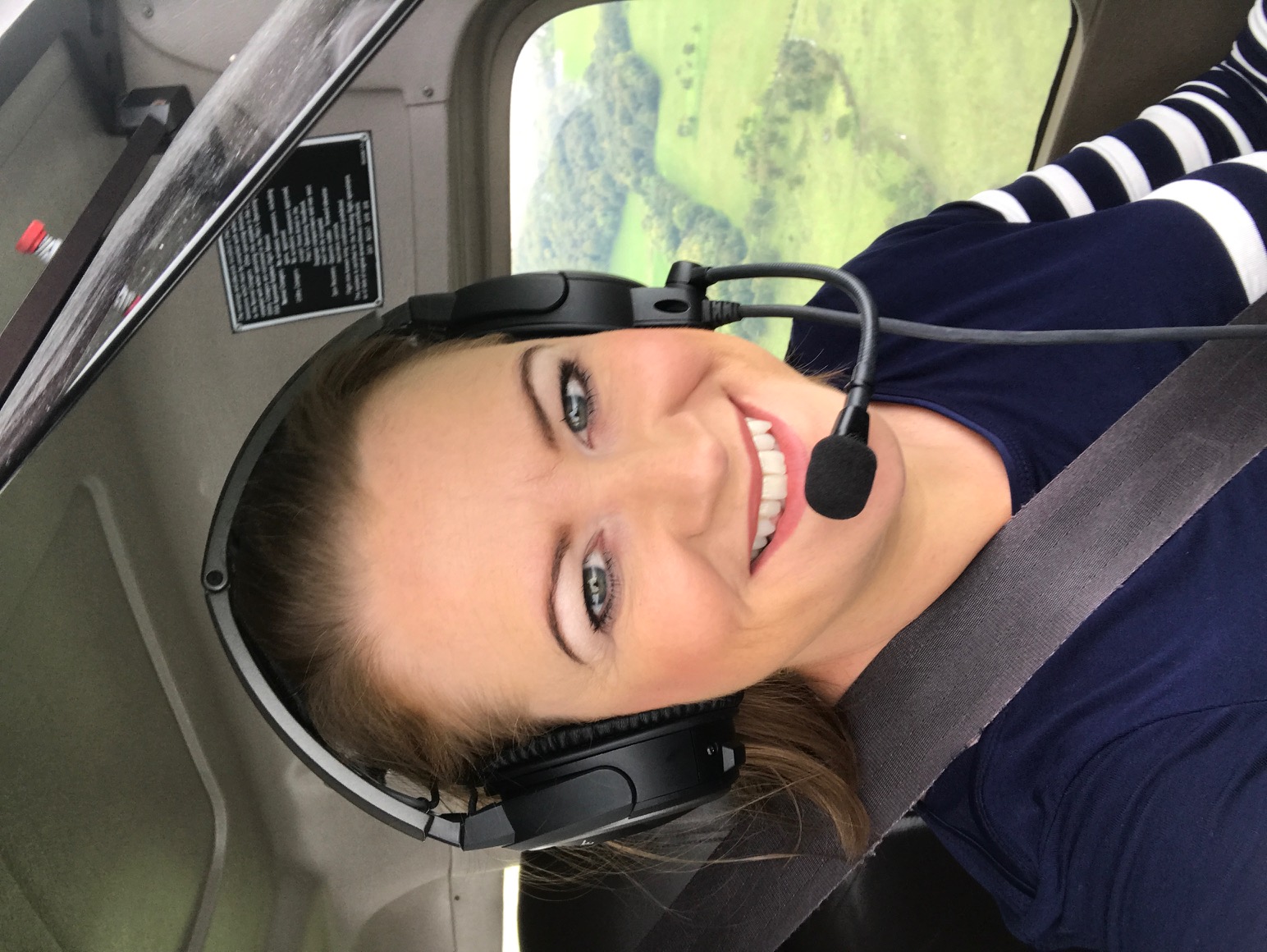 Despite her wide flying experience, Deborah names the approach to Carrickfinn Airport in north Donegal as her favourite.

Ireland's unique scenery makes for pleasant flying, but the associated climate can cause problems for pilots.

“I was once flying out of Newtownards, past Larne, and a storm was moving in around me, very heavy rain showers and cloud,” she said.

“To my left, I couldn't clear because there was high ground and controlled air space, and to my right there was the sea, as well as very heavy rain showers in front.

“It was almost like flying into a U-shaped band of weather that moved in very quickly and wasn't in the forecast.”

The ordeal prompted Deborah to enhance her training further by attaining instrument rating, allowing her to fly through the cloud solely using the aircraft's flight instruments.

“It's not a licence to fly in poor weather, but it is an extra set of skills, and the authority to fly using instruments only,” she said.

“Had I had that skillset at that time, I could have got out of that situation easier, but I made the decision to turn and fly back to base.”

In a nod to her own journey, Deborah has created a unique hashtag to signpost other female pilots, or those thinking of making the move, towards support and advice. 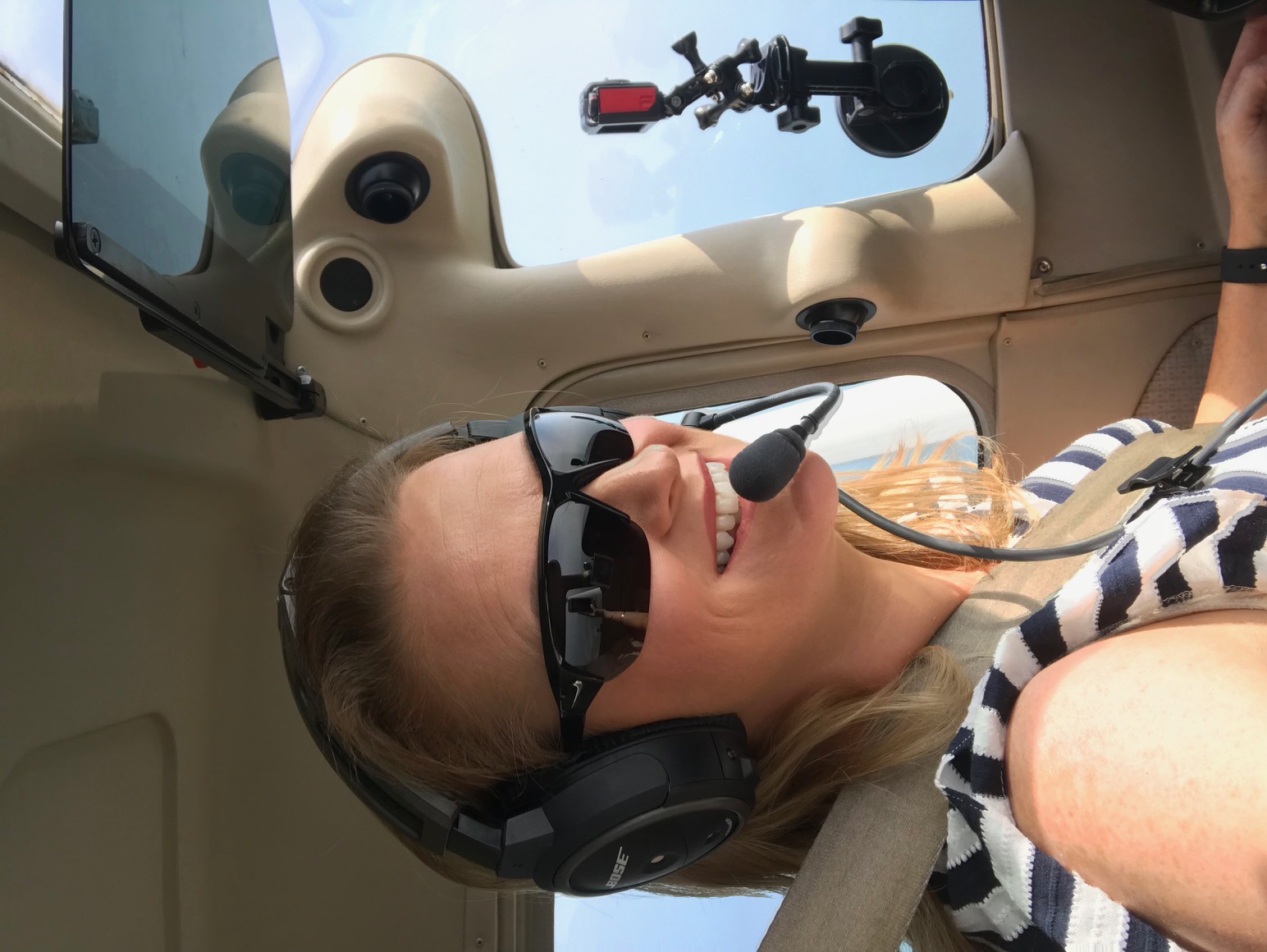 The 42-year-old launched #GirlsWhoFly in an effort to encourage young women and girls into flying.

“I thought if I could post positively about my flying adventures and experiences, there might be a young woman or girl, or an older lady, or whatever walk of life you come from, inspired to try it,” she said.

“There have been a few ladies who saw the hashtag and contacted me, saying they'd signed up for a flying school, or joined the RAF Cadets, whatever it might be.

“There are few women in the industry, I think women need to be encouraged to understand it is an opportunity for them.

“Even flying privately, it's a mixed bag. You find people who are extremely supportive of women flying and you find people that are skeptical, but gender should always be irrelevant.

“I am no shrinking violet. I tend to laugh off or challenge people like that. If you're dedicated and want something badly enough, none of that will deter you.”

The option of moving into the industry and becoming an airline pilot is still there, but Deborah says it is a love of flying, rather than any career ambition, that drives her.

“My partner is an airline pilot, but I've never felt the need to make a career jump like that,” she said.

“I have a great job as it is and I like to fly as a hobby. My partner and I have bought an aircraft recently and it's another thing you've got to enjoy for life.

“It sounds awfully extravagant, but if you wanted to fly to Donegal for your Sunday lunch, you could do that, or fly to the Isle of Man, or anywhere in Europe.

“We won't be flying over the Atlantic or to Asia any time soon, but for me, it's the views you get from up there and the absolute love of aviation combined with the mental challenge it is as well.

“I've done many great things, but this is the best thing I've ever done.” 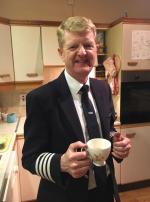 The flight touched down in Belfast around midnight.
ADVERTISEMENT - CONTINUE READING BELOW