The flight touched down in Belfast around midnight. 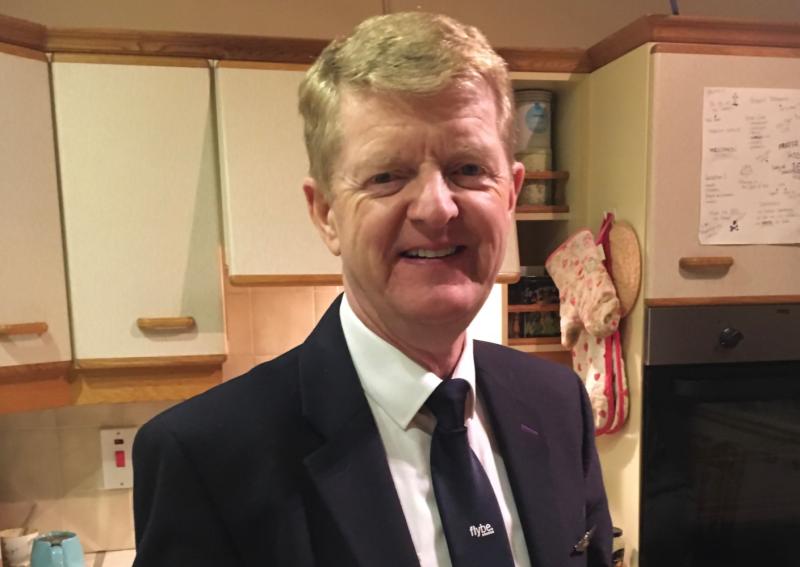 A County Derry pilot has landed the last ever Flybe flight in the early hours of this morning after the company entered administration.

Maghera native Peter Donnelly was in charge of the 20:15 flight from Manchester which touched down in Belfast City Airport around midnight.

The delay followed a frantic period of negotiation as Peter attempted to ensure he got his passengers back to Belfast.

He told Derry Now: “It was the last of four flights I had done yesterday.

“It was quite subdued because most of the passengers were on social media and already had heard rumours and various bits and pieces, which I hadn’t heard myself.

“When you’re flying, it’s all-consuming. You don’t have time to be looking at social media – there’s a job to be done.

“For two hours, I was constantly on the phone back and forth to the various authorities.

“I was hopeful and then some of the guys at the airport dashed that, saying they were impounding the plane. But I stayed focused and we eventually got the news we wanted.”

At the time, Peter was unaware of the flight’s significance as Flybe’s last, but he took time today to reflect on the impact the airline has had, particularly on Belfast City Airport.

“It will be a massive blow. I know a lot of the staff at the airport and watched it grow from a couple of tin shacks to what it is today.

“It’s a lovely wee compact airport and it’s modern but it was Nissen huts in 1992 when I started.

At the centre of the south Derry man’s thinking was passenger welfare, so much so that the plane was further delayed to allow a group of workers coming from Aberdeen to board.

“We were all ready to go and we got a call saying Aberdeen was inbound with seven guys from the rigs.

“Those guys were depending on us to get home, so we waited and got them on board. A lot of people were relying on Flybe to get to and from their jobs.”

Peter admits it is a concerning time for all staff at the airline and revealed that getting any form of payment from the company could be difficult.

He said: “We won’t get any form of payment from the company because it’s gone into administration. Any pay that’s owed, we won’t get that.

“Maybe down the line there will be some form of payment, but there’s nothing we can use to pay our bills.”

The pilot, who flies hot air balloons in his spare time, has planned to get the staff together at a later stage to try and keep spirits up, but in the meantime has received a unique job offer.

“On a positive note, a friend rang me to tell me he needed a shepherd to look after his sheep on the Glenshane and asked if I was available.

“I’m glad we stayed with the process and got everyone back home. At least that’s some consolation.”