"He broke down walls and built bridges and showed both communities an alternative view." 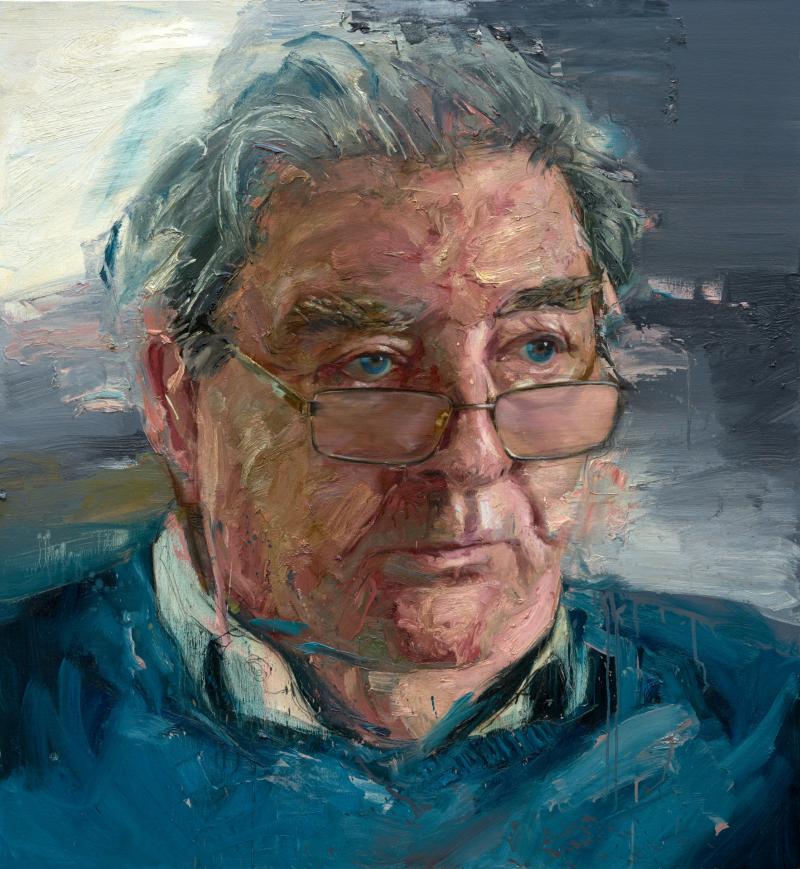 The portrait of John Hume created by Colin Davidson.

The world-renowned artist who painted the last portrait John Hume sat for said he wanted to capture his empathy for victims and survivors of The Troubles.

Belfast man Colin Davidson, who has painted the likes of the Queen, Liam Neeson and Seamus Heaney, showed the Hume portrait at the Royal Hibernian Academy in Dublin three years ago.

Mr Davidson first began working on the striking portrait in 2016, when he travelled to John and Pat Hume's home in Greencastle overlooking Lough Foyle to meet the couple.

"John sat for me for about two hours," he recalled.

"Obviously, he was ill at that stage, but I did get moments of clarity and I gave him a book from my exhibition 'Silent Testimony' at the Ulster Museum which was portraits of 18 people who had suffered in The Troubles.

"He sat and read it out loud and he read each of the stories of the people I painted and he was moved by it.

"It made me think of the empathy he had shown to all victims and survivors, and it made me think about him being really quite inconsolable after the Greysteel massacre.

"One of the family at a funeral came up to him and said 'keep going' and 'no other family must suffer the way we that we are' and he gave this woman a big hug and broke down crying in her arms.

"It was a very powerful image at that time.

"Not him being inconsolable, but reflective on that time and how far we have come."

Mr Davidson, who attended Methodist College Belfast, said he had grown up respecting Mr Hume and his political beliefs.

"From whenever I could start to understand them I could see that John Hume had a very real sense of compassion, empathy and tolerance.

"What I admired most was his completely consistent stance on anti-violence.

"He was a very courageous man in that sense.

"It didn't matter to me that he was nationalist or Catholic, it mattered to me that he spoke for human beings that were suffering and in pain.

"He broke down walls and built bridges and showed both communities an alternative view."

Mr Davidson said he was deeply saddened to learn of Mr Hume's passing.

"Whenever you paint someone you develop a very unique relationship," he explained.

"Even though you don't know them very well, there is an intimacy to portrait sitting.

"You get to see and know that person.

"So I had a very real sense of loss when I heard he had died having spent that time with John and Pat in 2016."

Mr Davidson has also painted Derry's other Nobel Prize winner, Seamus Heaney, and sees many parallels between the two men.

"John's death reminded me of the day that Seamus Heaney died - that universal outpouring of respect, affection and loss," he said.

"It was very much the way Seamus Heaney was held.

"John was an Irish giant in the political sense.

"In the same way as Seamus, he shaped this place and put it on the map,” said Mr Davidson.