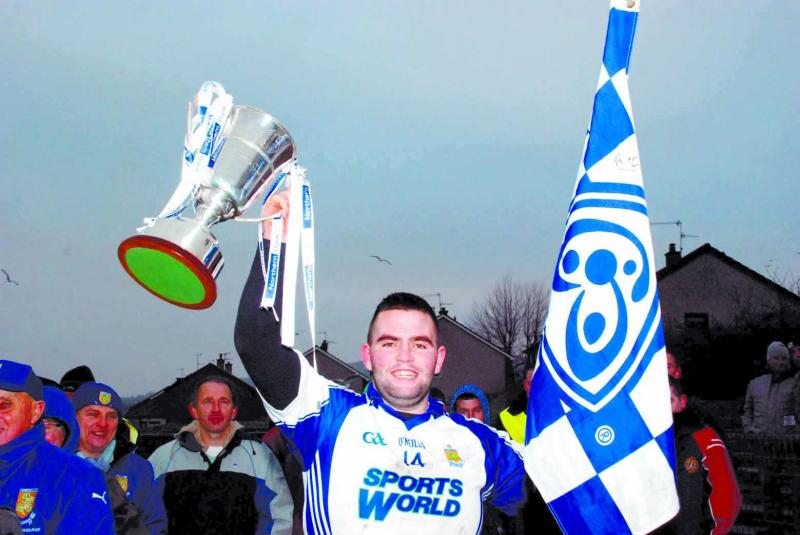 They had won it once and after Paul Sherlock's second goal, Ballinderry had to go an win this game again with Ryan Scullion's late free clinching the Shamrocks' fourth title at the prestigious tournament in Belfast.

Ballinderry led by four points with as many minutes remaining. The big, physical minors of Scotstown stuck their chests out and went in for the kill.

One defensive slip turned what looked like being a cruise to the line into being a scrap to be first to the chequered flag. Paul Sherlock nipped in to hit the net and Kieran Hughes, the man who tormented Derry in an Ulster minor semi-final back in the summer, clipped over the equaliser.

With everyone preparing for extra-time, Tony Martin had other ideas. In the next play, he ran 40 yards before he was scythed down and Scullion tapped over the free.

“Maybe I looked cool but I knew that all the hopes of Ballinderry were on my shoulders as I steadied myself to take the kick. It was probably the lost important kick of my career,” Scullion said.

Ballinderry spectators pouring onto the pitch to mob their young heroes. 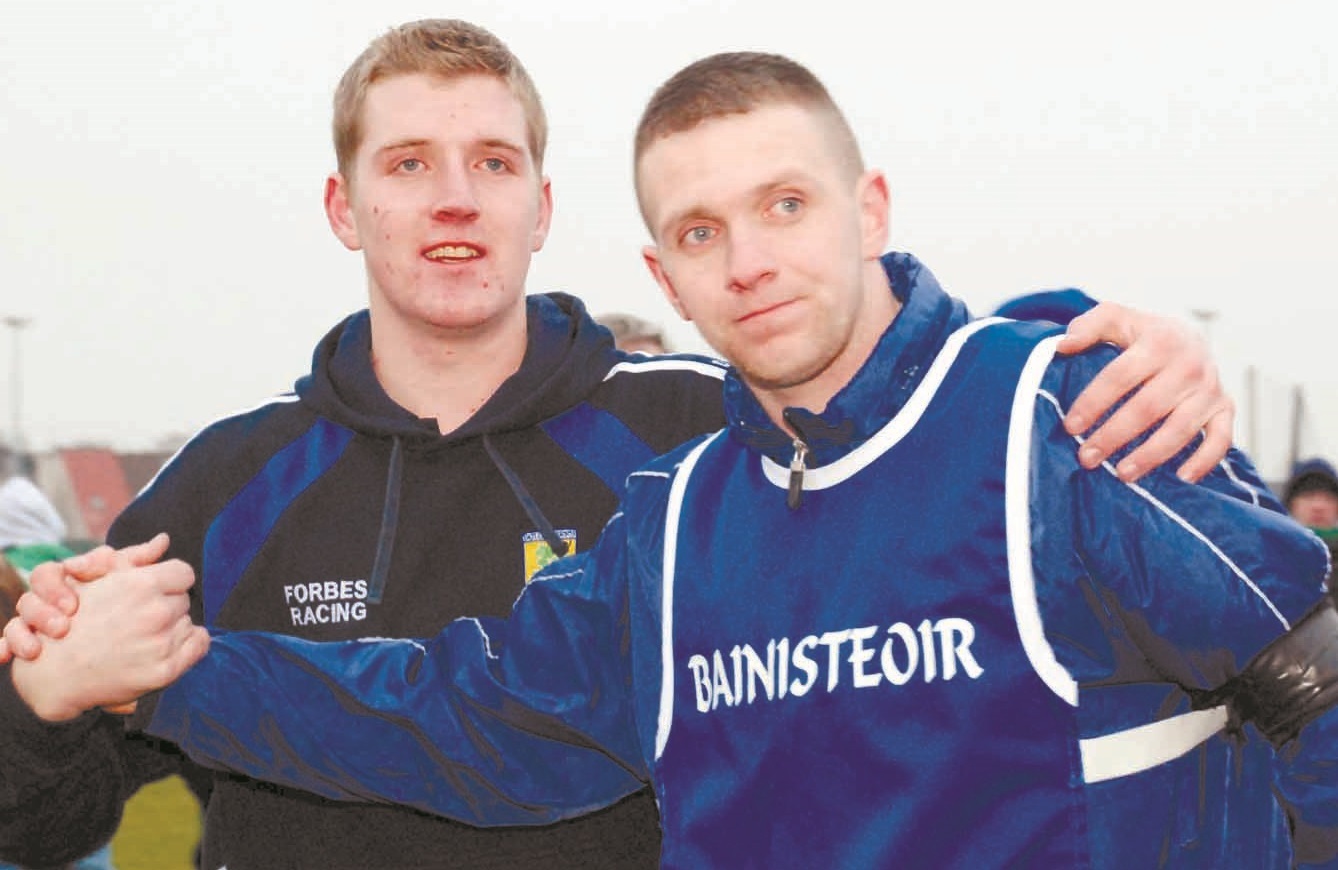 After a blistering start that saw them lead 1-2 to no score after four minutes, Ballinderry went off the boil, unable to take full advantage of the breeze.

Still when Scullion flashed home the second Ballinderry goal five minutes into the second half to open up an eight point cushion there seemed no way back for the Monaghan side. 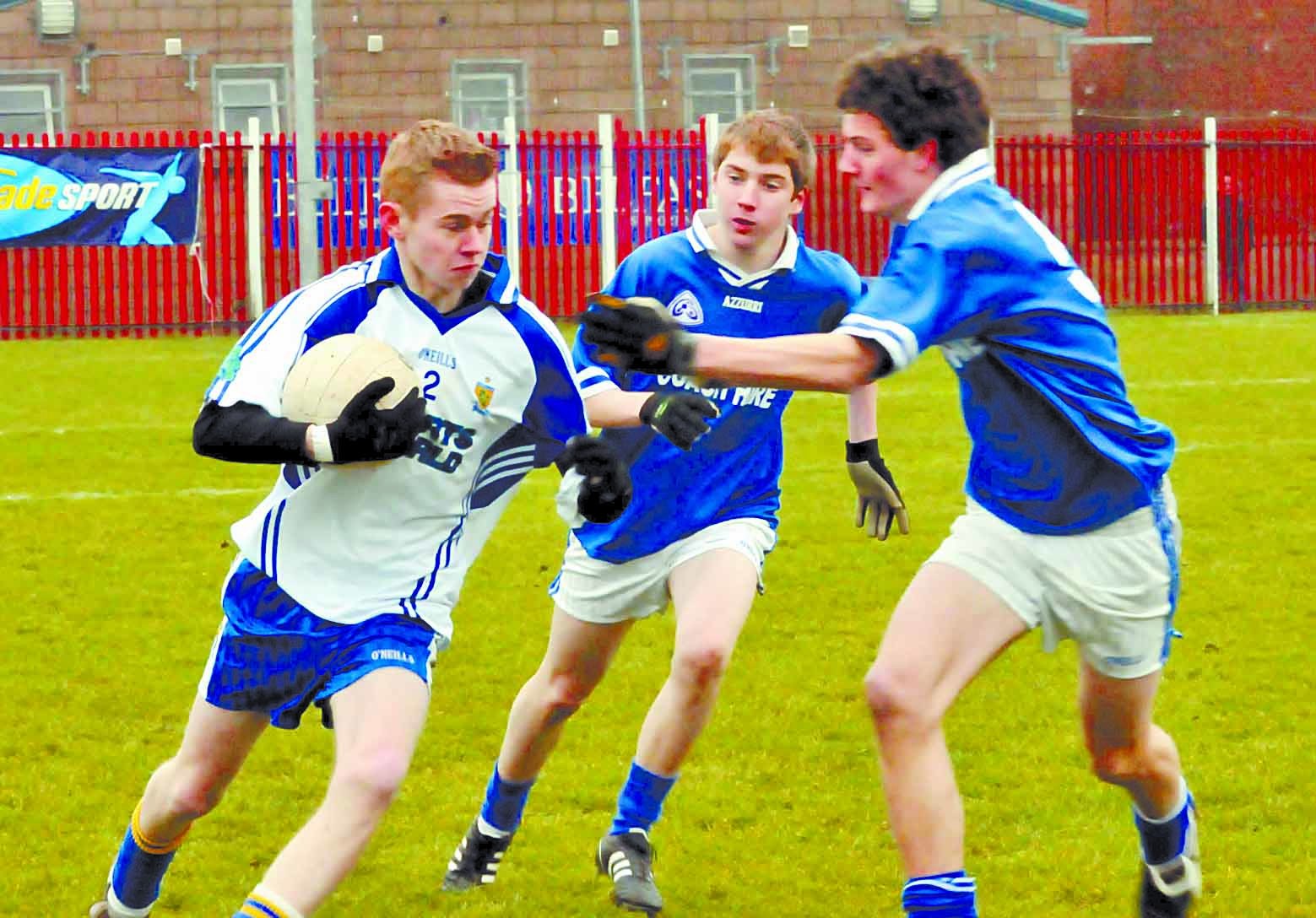 Fortunately, despite some wayward distribution out of defence by Ballinderry, the losers showed a total lack of composure at times when trying to hit the target, McCarey and Hughes particularly wilful. Eoin Anderson and Eamon Wilson made some timely interceptions, while Scullion’s workrate was phenomenal. Tony Martin roved to telling effect and Ballinderry just about weathered the storm to take the title in an absorbing game. 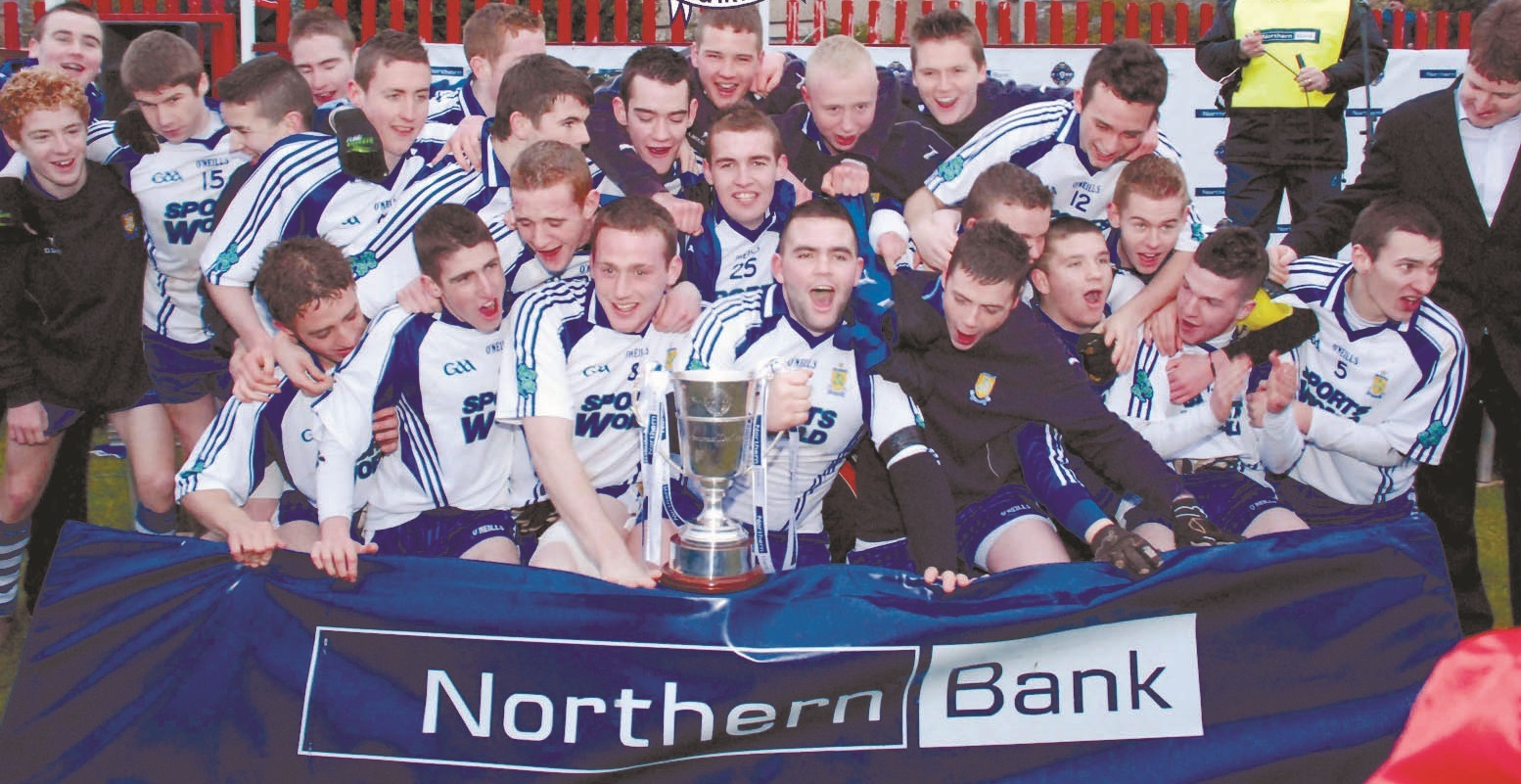