RATINGS: A player by player look at Lavey's win over Termon

How the Lavey players performed 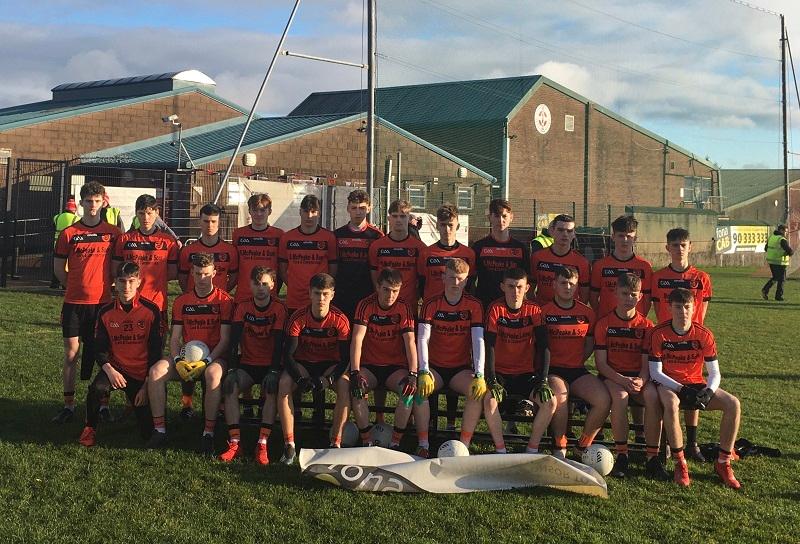 In the end it was Niall Duggan's first point of the competition, in the 58th minute, that proved to be the winning score.

Here is how the Lavey players performed.

Jack Scullion – His spill that led to Adam McElwaine's point was the only blot on an otherwise perfect competition that saw the converted outfield player keep three clean sheets. A quieter afternoon than what went before.

Shea O'Neill – Bobbie McGettigan scored 2-3 across the previous three games but O'Neill held him scoreless. He made a fine catch from a long ball in the first-half and was tough in the tackle.

Ryan Farrell – Played in the full-back line on Mark Gallagher and while Farrell conceded possession on three occasions, didn't let him inside. Will feel hard done by on one of the frees he conceded.

Joe Duggan – Lined out initially at centre-back on Adam McElwaine but dropped back into his customary sweeper role. Not tested as much as the earlier rounds but still sat back to shut off the space in front of Gallagher.

Enda Downey – Started at midfield and won the throw-in at the start of the second-half. His use of the ball and work-rate were equally brilliant, typified by a massive turnover to end a Termon counter-attack. Played mainly as a centre-back but had a spell at full-forward.

Niall Duggan scores what proved the winner and won breaking ball from last kick out of game.

Better team all round and able to win the grind

Ryan McGill – Lined out on Steve McDaid but it was McGill who came out on top of the battle. Popped up everywhere from wing-back to corner forward where he began the move for Jamie Duggan' second point.

Segdae Melaugh – Adam McElwaine scored a point off him but was replaced early on. Melaugh played in the midfield zone and had the legs to get forward to support the attack. Unlucky to see his goal chance blocked by full-back Grant.

James McGurk – The wing back fired over the opening point of the game and added a second later in the half. Got caught in possession in Termon's maroon wall in the second-half but handled the ball more than most. A vital player in Lavey's attacking outlet from defence, scoring from play in all three games.

Cormac Collins – The Lavey skipper battled well against Jack Alcorn, who scored 1-5 against Emyvale. Made a strong run back to foul Conor Black on a Termon surge after Matthew Downey lost the ball with 15 minutes to go.  Was on the end of a goal chance that flashed outside the post.

Jamie Duggan – Despite being paired on Ryan McFadden, he scored two fine points while holding the Termon dangerman scoreless from play. He was here, there and everywhere to knit all the pieces of Lavey's team together.

Patrick McGurk – Small in stature, he was still able to execute one of the tackles of the game to setup Jamie Duggan for a point. Played off Calum Downey as a second inside forward before dropping deeper later in the game.

Rory McGill – Had a hand in two Lavey points including a fine catch from a Scullion kick-out on the way to a free for Matthew Downey to chip over. Was strong on the run from defence and played up front in the closing stages.

Niall Duggan – While others will grab the headlines, it was Niall Duggan who arguably won the game for Lavey. He had the courage to kick them into a two point lead and when possession was key during stoppage time he threw himself on a vital breaking ball, hurting himself in the process.

Matthew Downey – A quieter afternoon in the scoring stakes but dig deeper and Downey had the mentality to work for the team. He won the ball for a Jamie Duggan score and instinctively laid off for Niall Duggan's point late on.  Had a goal chance brilliant saved by Maguire.

Calum Downey – It's hard to remember him not winning a ball played to him over the three games. He was again the perfect focal point for the attack. Was involved directly in four scores of which the two he kicked himself were exceptional in their own way.

Niall Rafferty – Came on in stoppage time for Niall Duggan.