Record was a 'labour of love' in memory of musician's father 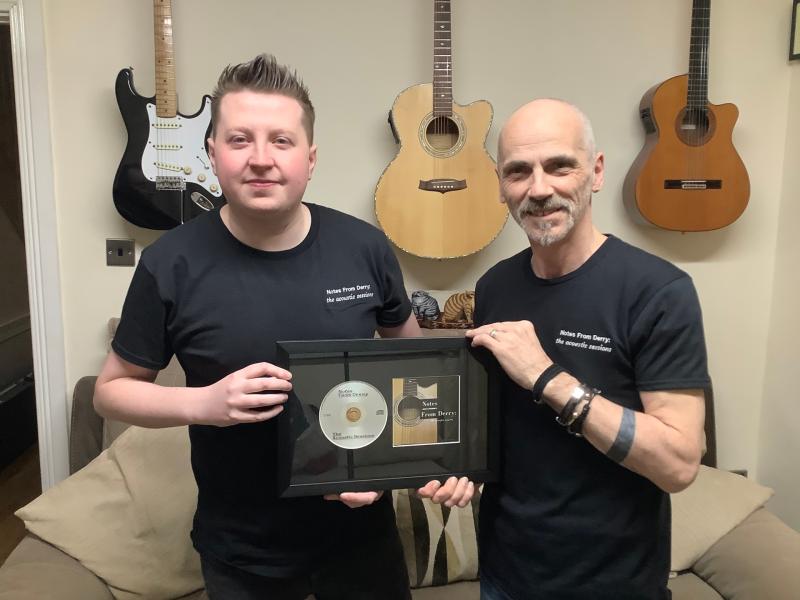 The Donegal of family connections and childhood holidays has inspired a new album in aid of local dementia and cancer charities.

Rich in nostalgia, 'The Roads We Walked', one of the songs on the album, was composed  and performed by Damian Nixon and recalls his boyhood family holidays in Malin Head.

The song was originally written for a competition to aimed at promoting Donegal.

Damian's brother, Paddy who produced the album, 'Notes From Derry: the acoustic sessions' along with Ronan McDonald (executive producer), described it as a “labour of love in memory of my father.”

“'Notes From Derry: the acoustic sessions' is a 14 track CD featuring local artists and all the proceeds will be going to the Foyle Hospice and a dementia charity.

“We decided when we were going to do the project, we might as well let other people benefit too, apart from just the charities, so we invited people who had written original songs and people doing covers, to get involved, to make it an album of old and new songs.

“Keeping with the old and new theme, we also brought on people who had never seen the inside of a recording studio before or understood the process and then, of course, we had the 'old hands,'” said Paddy.

Describing the album's launch night as “fantastic”, Paddy said recording the album itself was “a really long journey.”

He added: “I have to thank Monica who let us take over the  house from October and I mean morning, noon and night, while providing the tae and buns.

“We have some exceptionally talented musicians on the album including whistle champion, Gearalt Ó Mianáin;  Steven O'Carolan, champion accordion and button player; Ciaran Carlin, of the famous Carlin family, and Ciara McCafferty, who are both in the fabulous band, 'Connla.'

“The other artist who gave generously of their time and talent were: Marty Healy, Shaun McCafferty, Gerry and Paul from the 'Mindbenders', Damian Nixon, Gerry Breslin (Dougie), Ronan McDonald, Tommy Quigley and his son Tomás Óg Ó Coígligh (one of our newer artists), Alban Norrby, Brian Horner and Blood (Janette and Noella Hutton). The final track on the album is by JJ O Dochartaigh (Ronan's cousin), a Gaeilgeoir and presenter on RTÉ. It is called, 'I'll get better' and is about men's suicide and mental health challenges,” said Paddy.

'Notes From Derry: the acoustic sessions' costs £10 and is available through Facebook from Monica Nixon and Ronan McDonald.

Thanking everyone involved, Paddy added: “I did the album as a labour of love. I did it for my father and the rest of them did it because they are my friends.”