Castledawson teenager looking to make the next step 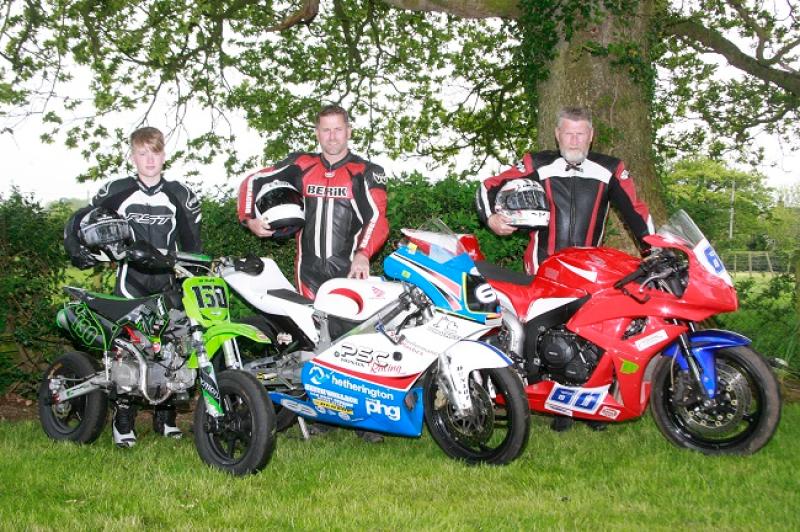 It was always going to be sport for Castledawson teenager Gary Scott.

He was always destined for success. His mother Catriona is an Ulster and All-Ireland champions camogie player, before moving into coaching where titles also streamed in her direction.

Gary's father Ronnie and grandfather George are steeped in motorbikes. On a different tangent, his sister Lara is both a champion gymnast and trampolinist.

Sport simply runs in the family.

For the 15 year-old St Patrick's Maghera pupil, he has excelled in the world of motorsport despite only going into his third season in the saddle.

Gary has competed on the Irish minibike circuit since its inception in 2018, finishing second in the junior class, before graduating to the senior ranks last season.

In recent weeks, he was awarded the prestigious David Wood scholarship which the Motorcycle Union of Ireland awards to its most promising rider. It was won for the first time in 2005 by Lee Johnston, winner of the last season's Junior Isle of Man TT winner.

He also took on the role of IMC Youth Ambassador – to act as a role-model for our younger members.

“During this time Gary has shown maturity beyond his years, building up a great rapport with our Junior Members and his peers,” commented IMC Chairman Mark Boyd.

“In addition to his abilities as a competitor, his positive attitude in success or defeat coupled with the clear commitment shown by both Gary and his family to his budding racing career bode well for his future.

“As Chairman of The Irish Minibike Championship I am privileged to recommend Gary for inclusion in the 2020 BTC and wish him every success with the selection process.”

His mother's 'reluctance' stalled Gary's career until just before his 14th birthday but she is now fully behind him since his early short circuit days. In 2019, he progressed to the IMC Senior Open and Ulster Superbike Moto3 Championship.

“Last year he was doing pit bikes with young kids but this year he went on to the short circuits and he was racing against adults, when he won the Moto3 championship,” Catriona said. “Now he is hoping to go to the British Superbikes on a Moto3 as well.”

“As a rookie in the USBK Moto3 Championship, against some very experienced and older riders I came away with the title USBK Moto3 Champion 2019,” Gary outlined in his CV, which has been compiled with the view to attracting sponsorship for this season and a shot at the Moto3 class.

The costings for next season could amount to over £40k, including a £14,000 Honda NSF250R bike, entry fees and travel.

“At the end of next year my aim is to make a wildcard into the Spanish Championship with my future dream to ride in the World Championships,” Gary added.

He grew up watching and supporting both his father and grandfather in action on both the circuits and roads. It was no surprise to see him emerge from their shadows.

His family helped him raise the funds for a trip to Donnington to compete in a round of the British Superbikes to help gather invaluable experience and a taste of what 2020 could bring.

MCUI(UC) Trainer and respected journalist and photographer Baylon McCaughey was full of praise for Gary.

“Despite the cold and wet weather Gary, despite having only one season of tarmac racing under his belt in Pit Bike Racing, showed great enthusiasm and certainly was not afraid to ask questions,” he said.

“After each session, he would enquire, if he was doing the correct thing or not, and listened to advice given.

“With plans to compete in the British Championships, I know this lad has the correct approach to his racing, his manners off the track, and competitiveness on the track, will certainly help him to achieve his goals.”

Talent, with an attitude to match. Perhaps the greatest combination. If the next two years follow his meteoric rise since 2018, Gary Scott is destined for greatness.