Derry City Cemetery Series: The Wilton’s: Father, son and uncle who made their mark on Derry for very different reasons 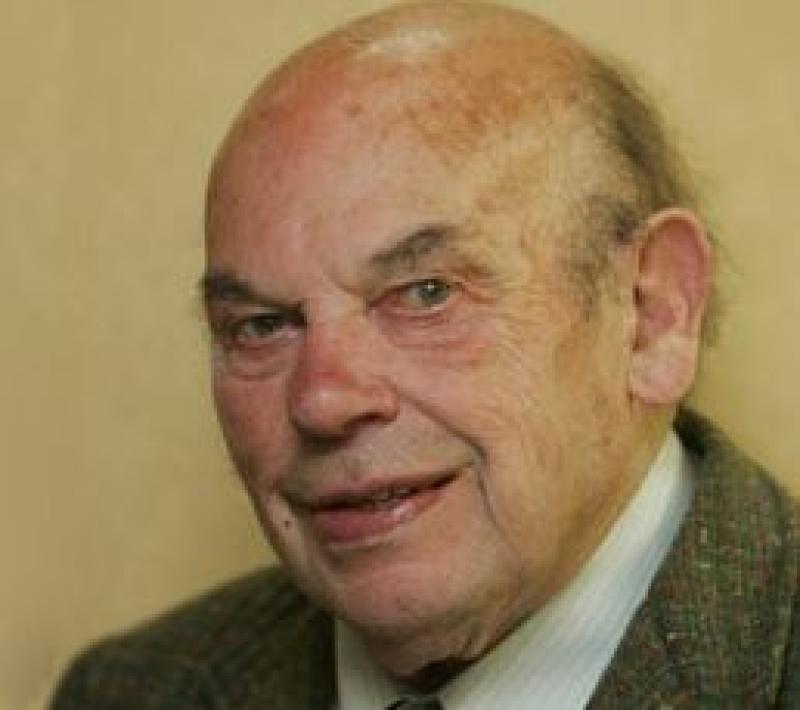 On Saturday, January 23, 1948 the death of Robert McElmunn Wilton took place at his home at 16 Crawford Square in Derry.

Robert was the youngest son of Mr James McElmunn Wilton a coachbuilder and a brother of Alderman Sir James Wilton a winner of the Military Cross and a Justice of the Peace.

Robert Wilton joined the firm of James Ballantine & Co timber merchants after leaving school and spent his entire career of more than 50 years there. He became a director of the firm and in 1942 succeeded Mr Ballantine as managing director.

Robert M Wilton was to become one of the city's most prominent businessmen and was a well known member of the Londonderry Port and Harbour Commission. He was also one of the original officer's of the Machine Tool Control of the Ministry of Supply during the original Stormont regime.

Mr Wilton's interests also covered the political arena. Just a day before his death and having apparently made a strong recovery from a severe illness he attended a meeting of the North Ward Unionist Association and was elected as a representative of that ward on the Central Council of the Unionist Party. He also served as a member of the Council of the City of Londonderry and Foyle Unionist Association.

However, while he was well known in business and political circles, Robert McElmunn Wilton was probably better known for his prominent association with the Masonic Order in which he held a series of important offices.

Although not as prominently identified with sport as his brother Sir James, Robert Wilton played football for the old St Columb's Court Club, the long gone North End Club and in 1906 became a member of the North West Football Council.

Wilton's seventh and final Irish cap was won during a brief spell with Cliftonville. He had played for the club's amateur side in the 1890 Irish Cup final scoring in a 2-2 draw with the Gordon Highlanders Regiment before the replay was lost 3-0.

In his five year international career Wilton played on Ireland teams that suffered some very heavy defeats. It was not until that final international game that James Wilton experienced victory as Ireland defeated Wales 4-3 at Cliftonville's ground.

Reported to be an end-to-end match, the score was 3-3 when Wilton slotted home the winning goal in the 82nd minute. It was his second goal whilst wearing the green jersey.

But, for all his successful exploits on the pitch, Wilton's activities after his playing career was over are perhaps more noteworthy.

He became highly active in the administration side of football and chaired the Irish Football Association's (IFA) Improvement Commission in 1909 and from 1914-1945 he was the President  of the IFA a role which until 1923 was combined with the role of chairman.

As a result of his elevation to these roles, James Wilton was included in the delegation with the Football Association of the Irish Free State in an attempt to reconcile the organisations after 'the split' that followed partition.

The Derry man was praised for his conciliatory attempts to build a relationship between the IFA and the Football Association of Ireland which had completely disintegrated.

And, in 1929 Wilton was also a very vocal supporter of the admission of his hometown team Derry City FC to the Irish League. Wilton Park football ground on the city's Limavady Road bears its name because of the family connection and dedication to the sport.

Some 17 years earlier James Wilton was also a prominent member of the Ulster Volunteer Force (UVF) in Derry and like many of his contemporaries in the city he volunteered to serve in the British Army at the outbreak of World War One and joined the 10th Inniskilling Fusiliers where gained the rank of Captain. On July 1, 1916, the opening day of the Battle of the Somme, James Wilton was badly wounded and was awarded the Military Cross for bravery.

Following the war, as well as his career in football Wilton also became involved in politics and was elected to the city Corporation as the British Legion unionist candidate serving two terms as Lord Mayor between 1935-1939. As a result he was automatically a senator in the old Stormont Parliament where in 1937 he was knighted by King George VI.

When the Apprentice Boys of Derry Memnorial Hall was extended along Society Street in 1937 Sir James Wilton was the man who laid the foundation stone. It was testimony to Wilton's importance within the Unionist Party that two years previously on October 26, 1935 that he was chosen to carry the coffin of Edward Carson alongside Sir James Craig.

When he died in 1946 it was reported that "there was not a Nationalist or Catholic who had anything but the kindest words for Jemmy Wilton."

Robert McElmunn Wilton's son Claude was born at on Eden Terrace in Derry in on February 12, 1919.

Claude was educated at Foyle College and later Trinity College, Dublin where he attained a degree in law.

After qualifying as a solicitor, Claude Wilton operated his own practice at Waterloo Place and later at Great James' Street in the city.

Claude Wilton was inspired to become involved in the Civil Rights campaign by the decision of the Stormont regime to locate Northern Ireland's second university at Coleraine as opposed to Magee College.

He regarded it as another example of the governments neglect of the majorly Catholic city of Derry. As a result he decided to stand in the Northern Ireland General Election of 1965 for the Ulster Liberal Party. The seat was held by a unionist who had been elected unopposed in recent elections. Wilton polled 47 per cent of the vote.

In 1968 he was elected as an officer of the Derry Citizen's Action Committee and called on Protestants in the city to "stand up and be counted" in the campaign for civil rights.

In 1969, Claude Wilton again stood as an Ulster Liberal Candidate. This time his share of the vote was reduced to 35 per cent but he reduced the unionist majority to 710 votes and narrowly missed out on being elected.

According to his frond and contemporary Ivan Cooper it was during the election campaign of 1969 that Wilton's supporters coined the phrase 'Vote for Claude the Catholic Prod.'

It was immediately after this election that Wilton was elected to the Senate of Northern Ireland and remained as a serving member until Stormont was prorogued in 1972 and it was during this period that he joined the SDLP.

Claude Wilton did not maintain the same political path as his father and uncle, both ofwhom served as unionist mayor's of his native city.

He did however maintain the avid interest in sport displayed by his family and was involved in rugby, boxing, football and cricket. He was the President of the North West Football Association and a Chairman of Derry City Football Club.

He excelled at soccer and cricket but also turned out for many rugby teams at Foyle College and at Trinity and was often seen  in his later years as a spectator at City of Derry games both at Buncrana Road and then Judges Road.

Claude Wilton was also at times very clear and direct particularly when acting on behalf of anyone he viewed as being treated as an underdog. It was this outlook and a capacity for razor-sharp with that spawned many legendary anecdotes of the solicitor and politician that are still told to this day.

One such story told relates to when Claude decided to present the silver trowel used by his uncle Jimmy Wilton as Governor of the organisation had used to lay the foundation stone of the extension to the Memorial Hall to the Apprentice Boys of Derry.

A woman, at odds with the otherwise appreciative audience made the mistake of questioning Claude's right to the ownership of the instrument. His response came in the normal quietly spoken but devastating fashion.

He was quoted as saying: "Wee girl (the woman was over 80), seeing as my ancestors helped to shit the gates in 1688, I reckon the least we could do is look after this piece of silver for a while in case you might lose it."

Then there was the tale of a client of Claude's who found himself in a lot of trouble. The ensuing court case lasted a day and a half befit it ended making the man very worried about how he was going to pay the legal bill.

The client was overheard in a bar relating his financial concerns to Claude Wilton. The lawyer then approached the barman and asked the price of two gin and tonics and was told it was £4. Claude then turned to his his client and said, 'You owe me £4.'

On another occasion Wilton was traveling to a match at Fahan with a referee when he hit a hen in the middle of the road. The referee said to Claude 'what the hell was that?'

Claude replied, 'you're some ref when you don't even know what a fowl is?'

Another story told is of a bitterly cold winter's night when Claude Wilton arrived at a pub in the centre and appeared to be distracted. He turned down the offer of his usual drink and left again almost immediately.

He returned a few minutes later soaked to the skin and with a bundle under his coat. It turned out that as he had passed Ferryquay Gate he observed a little dog shivering in a doorway. He couldn't rest until he went and rescued it. That small dog and many others were his constant companions in later years.

Claude Wilton was also noted as a true believer that civil rights were for all and that sectarianism was not confined to any single community. This was borne out by his severe criticism of the higher classes in both communities that treated the working-class abysmally and were never to be found in times of crisis.

When he died aged 89 after a short illness in September of 2008 Claude Wilton's funeral procession left his home at Groarty Road and made its way through the city to Carlisle Road Methodist Church. He had always retained his faith and did not regard it as a barrier to his involvement in the civil rights movement.

After the service the cortege proceeded through the Brandywell, past the football stadium and onto the City Cemetery where he was buried like his father Robert.