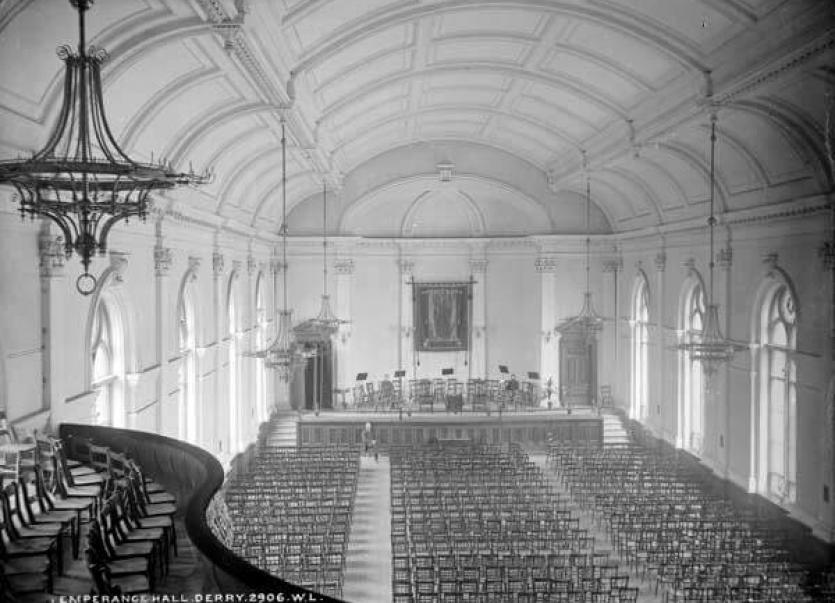 Progress has been made over the past year towards restoring St. Columb’s Hall with the aim of returning it to the people of Derry.

There are ambitions to invest around £22m over the next three years to ‘reawaken’ the historic building and transform it into a ‘Creative Quarter’ of the city.

Once complete, the plan it for it to become a ‘creative powerhouse’ hosting live music, offering creative therapy for those with dementia or mental health issues, a café and restaurant, film hub and flexible office space.

Garvan O’Doherty purchased St. Columb’s Hall from the Catholic Church in 2012 as the maintenance costs were proving too expensive.

The Garvan O’Doherty Group (GODG) has spent around £2m to date between buying and part-restoring the iconic building.

A charity was set up named St. Columb’s Hall Trust (SCHT) to establish both the development and Renaissance of The hall – ‘The People’s Hall’ as it is affectionally known.

The GODG will sponsor the charity until the end of 2021 to cover operating costs whilst SCHT prepares applications for grant funding of around £10m to deal with architectural restoration and refurbishment costs.

Speaking to the Derry News, the local businessman explained how the project has moved on since last November when a presentation was given to local councillors.

He said: “We’ve made sure that the project to have a renaissance at St. Columb’s Hall and reawaken it will be delivered.

“There’s been a fair bit of work done of the past year.

“The charity has been formed, the board of trustees, board of directors, surveys have been done to see how much will have to be spent, applications are in and the charity has got its first successful grant.

“There’s a business plan being written up but the various components of the renaissance is set out in a light-touch syllabus and that will be going to the various government agencies and others to try and restore the architecture and ensure it is a stable business moving forward.

“It was initially built by the Catholic Church in 1886 for Catholics as ‘The People’s Hall.

“The purpose is to re-establish it as ‘The People’s Hall’, only this time it will be a cross-community ‘People’s Hall’.” 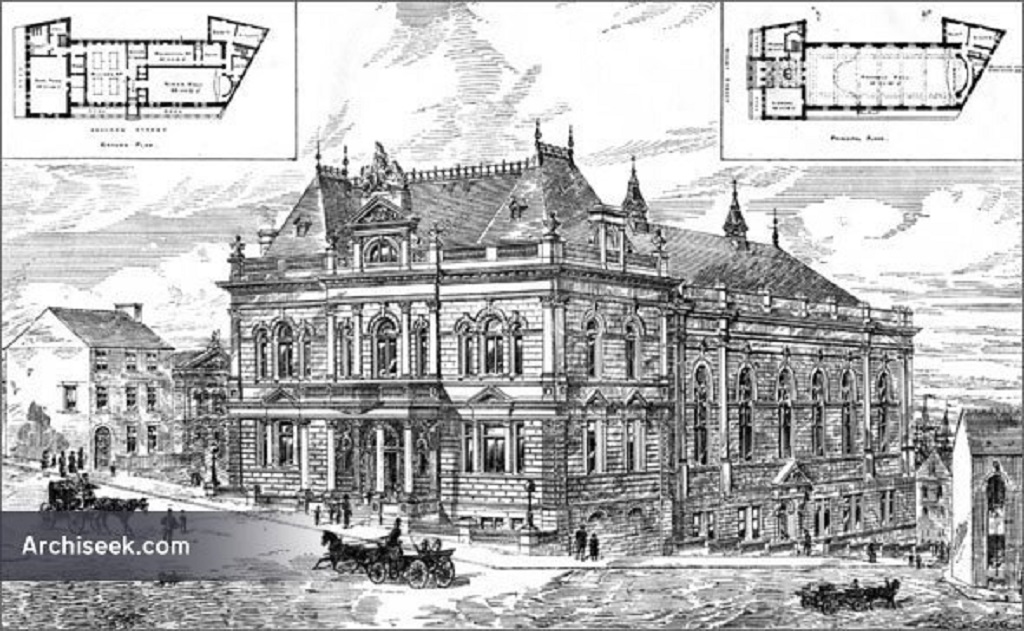 St Columb’s Hall is one of only 226 grade A listed in Northern Ireland.

It is located adjacent to the East Wall of the historic City Walls.

It was a venue of choice for some of the world's most iconic performers and notaries over the last 130 years.

Those include, Eleanor Marx - daughter of Karl Marx - who spoke at the Hall in 1889 to recruit the workers to join their local union and Mrs Emmeline Pankhurst who campaigned for women’s right to vote in a keynote speech at St Columb’s Hall in 1910.

Eamon De Valera rallied supporters during the War of Independence at the Hall in 1924.

In December 1920, the British Army used St Columb's Hall for several weeks as a barracks for hundreds of troops during a particularly bloody period in the city's history linked to the War of Independence.