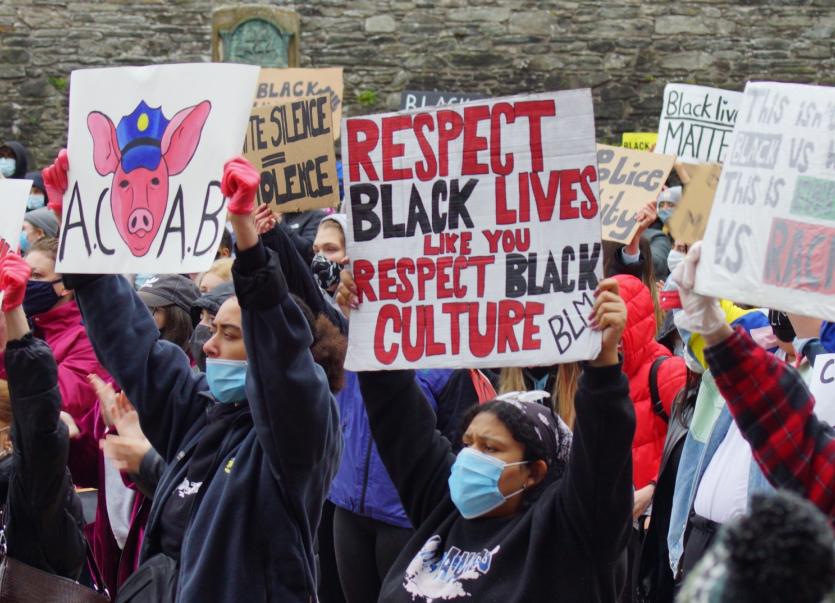 Some of those who took part in Saturday's rally.

Four times as many fines and notices were handed out at the Black Lives Matter protest in Derry compared to the one held in Belfast, according to figures provided by the PSNI.

On Saturday June 6 police officers in Derry issued 56 fines for breaches of Regulations 3,4,6 or 7 of the current Coronavirus Health Protection Regulations and one fine for a breach of Regulation 5.

“We were very clear in our messaging ahead of the protests – that people should not attend them.  Had we not done this, we believe that thousands could have turned up – making social distancing impossible and increasing the risk of spreading the virus.

“We conducted checks on travel routes and transport hubs across Northern Ireland on Saturday, requiring people to return home rather than travel to the unlawful gatherings.   No arrests were made in either city but 71 fines and Community Resolution Notices (CRNs) were handed out for breaches of the Health Protection Regulations.

“A number of individuals will now be reported to the Public Prosecution Service with a view to prosecution. It should be noted that the police’s job is to identify offences when they are committed: it is the role of the PPS to decide if prosecutions should take place.

“In other times,  we would have worked with the organisers and protestors to facilitate  lawful and peaceful protests to mark the avoidable and unnecessary death of George Floyd, but these are not ordinary times. The Health Protection Regulations are in place to protect us all during this pandemic and it is everyone’s responsibility to adhere to them to protect our society.”

People Before Profit Councillor, Shaun Harkin, who spoke at the rally challenged Naomi Long and the PSNI's justification for the 'criminalisation' of the Black Lives Matter rally in Derry.

He stated: "The local parties in the so-called 'Unity of Purpose' group need to clarify if they back the crackdown on Saturday. Black people in the Guildhall Square were systematically targeted and harassed by the PSNI.

"Four times as many people were given fines in Derry. Protest organisers face prosecution.

"It is impossible for this to have happened without the Derry political establishment giving their backing to Naomi Long and the PSNI.

"We should commend the bravery of Lilian, Beverly, Enya, Blathnaid and all the others who organised the rally and attended despite the harassment and intimidation faced. All charges should be dropped immediately."

The Department of Justice was asked whether Minister Long believed the police response on the day was proportionate.

A departmental spokesperson said: “These are operational matters for the PSNI. Anyone who has complaints or concerns about policing can have them addressed by contacting the Police Ombudsman.”

The Unity of Purpose group - which urged organisers to cancel the protest to prevent the spread of Coronavirus - was contacted for comment but did not provide one at the time of publishing. 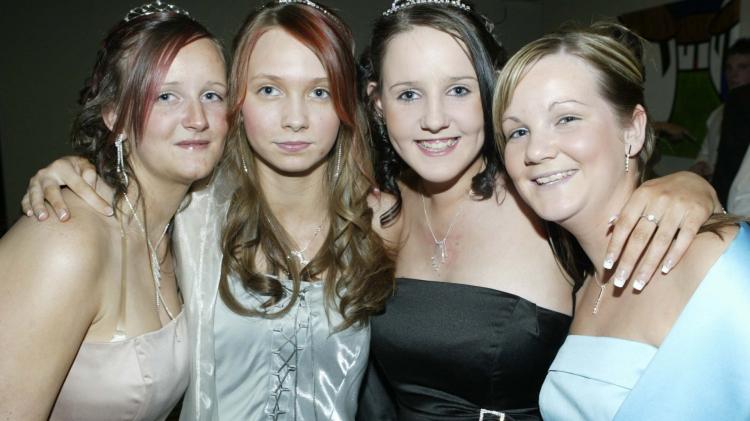 Concerns over speed limit being broken 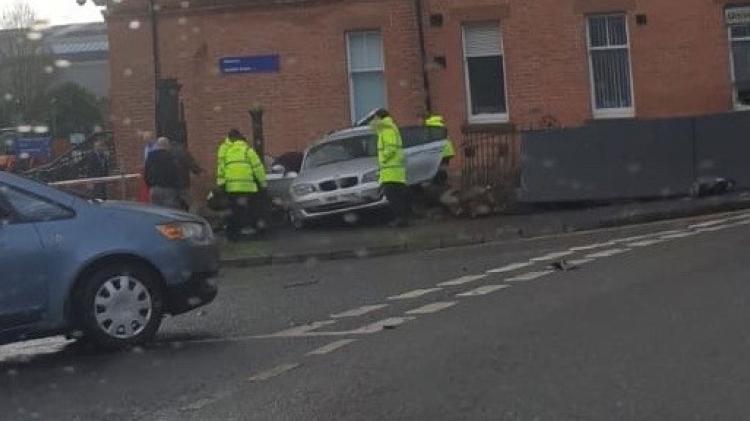