Kilrea blow Glen away in U21 semi-final replay

The Pearses now face Dungiven in the decider 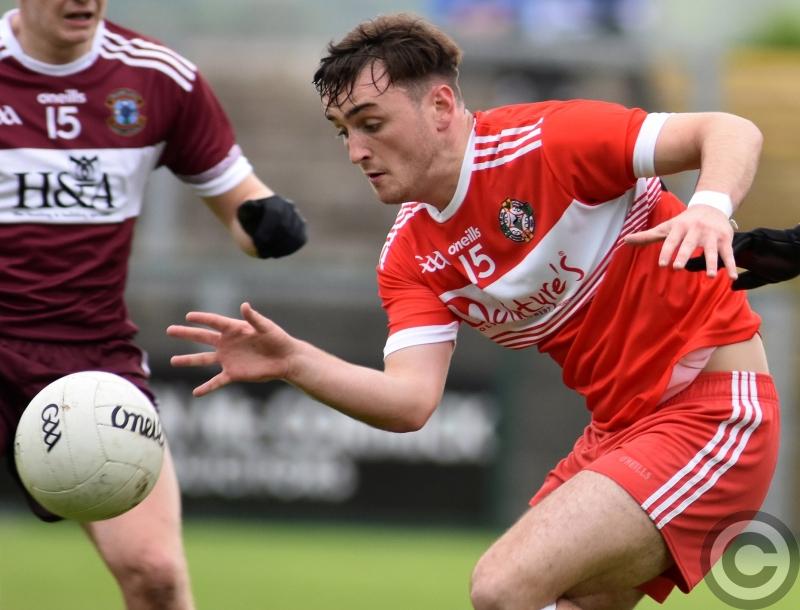 Replays are always won by the team that learns and improves most and Kilrea bossed Friday night’s game in Swatragh to set up a final with Dungiven.

Conleth McGuckin had the ball in the back of the Kilrea net in the first attack after his pace took him clear of the last defender before he finished brilliantly to the bottom corner.

But over the hour, played in freezing conditions, it was Kilrea who were the dominant team.  They pushed up on Glen goalkeeper Caolan Convery’s kick-outs and in PJ McAleese they had the game’s most influential player.

Midway through the half, Alex Doherty blazed a shot wide of the post, before Paddy Quigg replied with a Kilrea point.

It was a night for defenders.  Glen’s Seamus McKenna was outstanding on dangerman Daithi McLaughlin.  At the other end McLaughlin’s brother, Peadar, held Alex Doherty scoreless from play

The longer the first-half went on the more Kilrea got a foothold in the game, but were only 1-4 to 1-2 ahead by half-time.

After the break it was all one way traffic, with McAleese pulling the strings.  Paddy Quigg kept the scoreboard ticking over and corner back Odhran McLarnon came on the overlap to add a score.

Eunan Mulholland fired over Glen’s only score of the half in the closing stages but the game was over as a contest by that stage.

Kilrea were dominant in every department and now face another showdown with Dungiven.  The sides have met in every final on the way up the ranks.

Kilrea won the U14 and minor championships, while Dungiven were Féile and U16 championship winners.  Next weekend's final, scheduled for Slaughtneil, will be the decider.

Elswehere, Faughanvale were 0-11 to 1-6 winners over Glenullin in the final of the Harry O'Kane Cup, U21 B.

For more details on the Harry O'Kane Final and the two Jack Cassidy semi-final replays, grab a copy of Tuesday's County Derry Post.