MacD on Music: Burgundy, Minus the Jazz Flute 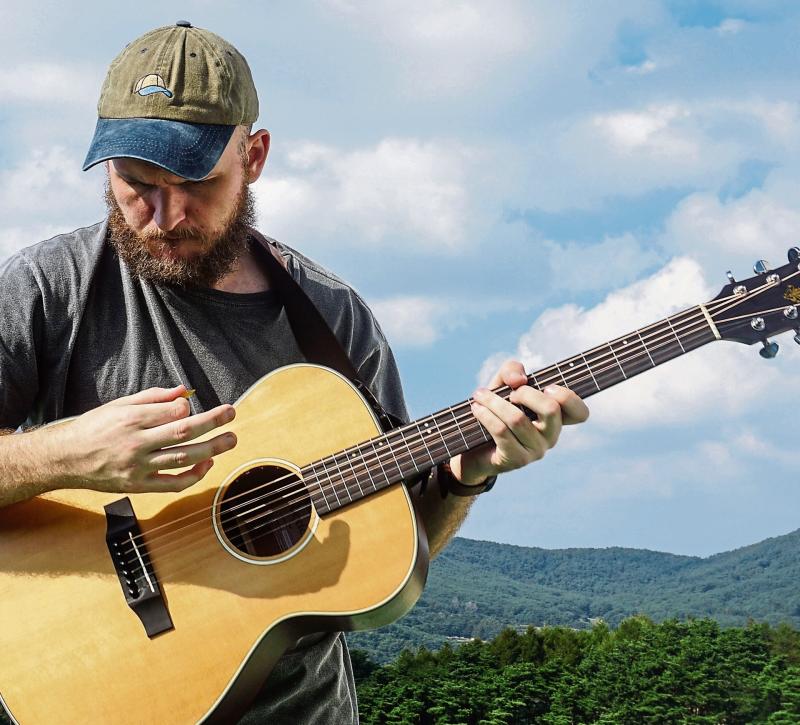 Oisín Magee, formerly of Easy Street Pickings and now the man behind Sanchez.

Here in Ireland, we have the unique ability to find our people no matter where we go in the world.

We’re a people who have spread our brilliance throughout the globe, much to their benefit.

This week, I’m talking to one such export, Oisín Magee, formerly of Easy Street Pickings and now the man behind Sanchez.

I got a preview of his upcoming album. ‘Burgundy.’ (perks of the job), and. I must say, I was impressed with what I heard.

Opening with the lead single ‘Knock Them Down,’ the album gets off to a strong start and only gets better from then on.

The pace builds as we goes on, with great rockers like ‘Paranoid’ (not a Black Sabbath cover) and ‘Where Will You Go?’, before (supposedly) calming down a bit towards the end with ‘Feeling’ featuring some nice acoustic guitar work (for the first two and half minutes, at least).

Finally, we close with ‘Garfield,’ a lighter song, musically, than most of the rest of the album.

It serves as a sort of cooling off song to close things out. I was talking to Oisín ahead of the release of the album.

How would you compare the music scene in Korea versus Derry?

“The music scene in Derry was excellent. It had so many talented musicians all playing in close proximity.

“I met some of the best people during my time there. Bands like Scenery, One Man Town, The Docs – it was a great time to be in the city.

“Korea, or specifically Gwangju, is a bit more nuclear. It’s a very tightknit community. Here, I’ve met some world-class musicians, some of whom helped me to complete my album. People like Dan Lloyd, Kamen Ross, Jon Amey, Lizz Kalo, Andrew Vlasblom and Call Me Em, to name a few.

“As for opportunity, however, I think Derry edges it. It has more specialised places at which to showcase your original music live.”

How did you find life during lockdown (and did you spend it in Korea or Derry)?

“I was in Korea during the lockdown. There, things didn’t ever lockdown. We still went to work taking all precautions.

“However, they did shut most of the businesses down so there was very little to do.

“Thankfully, the gym was open so I could go there and I was able to go for walks to keep both my mind and my body ticking over.”

How did this new album come together?

“It came together quite spontaneously.

“There was a bar here in Gwangju closing down and I was asked if I wanted to be one of the acts who played on the final night.

“There were a few artists there and we played songs deep into the early morning.

“One of these artists, Dan Lloyd, asked if I wanted him to produce a song. Naturally, I did. So, we went to his family estate in Jiri Mountain and made Don’t Go Wasting My Time (No More).

“I think we both had such a good experience with this one that we wanted to keep it going. He asked if I had any more material and I told him I had plenty.

“I was able to enlist the help of other excellent musicians to help too. Initially it was going to be an EP. But we all had such a great time on the project we just kept going. Honestly, it could’ve kept going and we might’ve made a twenty song LP.”

Did you have any goals in making this album?

“Honestly, my goal was to MAKE the album and get it out there. I’ve always wanted to be part of something like this, in some capacity, and was fortunate enough that it was my work we went with.

“I have many goals for how this album will perform. Some are numerical and others are based on reception.

“I’d love for it to affect people. I think that would be cool.

“The songs are all representations of where I was or where I’m going. If they could resonate with people, I’d be happy.”

What are your plans for the future?

“I would love to do another EP. I have quite a few new tracks and a few older ones that I’d love to give the studio treatment to.

"More pressingly, I’ll be going on tour soon. We’re finalising dates and venues at the minute. People can keep up to date with these developments on my socials (Facebook, Instagram, etc).

“I like to take it day by day and today’s been a good one.”

‘Burgundy’ will be released on the 16th February.