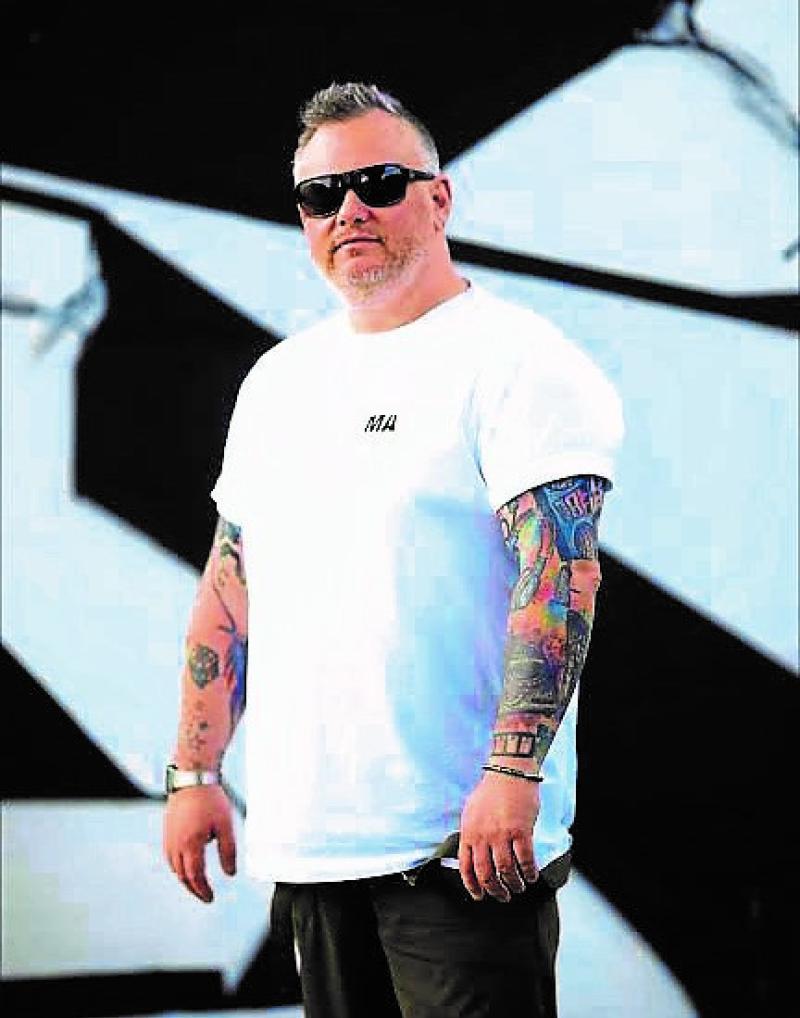 How many bands can say they’re about to release their second album yet have never actually been in the same room as each other?

This week I’m talking to someone who’s doing just that. Jonny McAllister, of Warriors of the Dystotheque, an international four-piece that blend a wide range of influences into a unique sound that can only be fully appreciated by listening to them.
Jonny talks to me about his musical past, present and future, as well as the experience of recording the new album.

Can you talk a bit about your career prior to joining this group?

“I was in bands and DJing from I was in my teens, and come the end of the 1980s I was beginning to hear Acid House and Techno. As the 1990s went on I really got into the slower weirder sounds of what was Trip. It was around 1994 when I got my decks and began to DJ and by 1999 I had moved to Coventry in England to study music and was promoting my own event called Frequency across Coventry, Leicester and Birmingham and booking the biggest DJ and live shows in the world over the next five years.

“After Leeroy Thornhill had left the Prodigy, I booked him for his first ever DJ set and arranged another show the following night in Birmingham where we both played.

“We had a good few days and we decided we’d DJ together. We had gigs across the globe during the three years we DJ’d together,

“When this came to an end, Phil from Orbital had just split from his brother Paul and I booked him for his first DJ gig, he knew what I’d put together for Leeroy and asked me to do the same with him and myself, so we pretty much done the same for a few year.

“Studying music in 2000, I met Sean Graham who is also part of WotD. He was a resident DJ at my Frequency nights alongside Sam Goody and myself.

“I also had a Warehouse in Coventry back in the mid 00’s where we ran monthly events across the Electronic music spectrum.

“This took me up to 2010 when I decided I needed a break, so I returned home to Ireland January 2011, taking a break from everything music until late 2014.

As a multi-national group, do you record your music together or remotely?

“It’s all been remotely since we started in 2014 We all start tracks in our studios. Either Mike and Nick who are twins in New York, Sean in Coventry or myself in Derry, then we share the wav files and just add to everything as we go before I sort the final arrangement.

“We’re seasoned pros at what’s became the norm as we’ve 11 EPs and an album released up to now, and the new albums about to drop in February. It’s being Produced by Howie B, who’s produced for U2, Bjork and Massive Attack, amongst many others.

"At the start of lockdown Howie actually collaborated with us on a track called No Borders, our response to Brexit, Trump and the Tory ‘little Britain’ mindset we are unfortunately surrounded by.

Has Brexit affected the band at all?

“Not really. Like I said above, we’ve been recording remotely since we began and, bar Sean and myself, we’ve never met the twins nor spoken or Facetimed. It’s all been done by email, messenger etc.

"The only thing is now we’re about to release the second album next year and both the singles currently released from it are getting massive support, being premiered on BBC 6 Music.

“We’re currently on the Jazz FM playlist and the past four weeks we’ve been getting calls to do live shows and festivals but, obviously, we’ve a massive hurdle anyway with the international set up but Brexit is making things more tricky to sort out a live show right now.

You’ve got a very unique sound. Who would you say would be your main influences?

“We’ve the likes of Portishead, Massive Attack, The Chemical Brothers, The Cramps, NIN, Ministry, Cinematic Orchestra, Shawn Lee, Frank Zappa, New Order and Bonobo off the top of my head.

“We’ve no rule book as to how we should sound. All four of us bring completely different things to the band and it reflects in the music, but saying that we crossover loads with vibes we’re into. It’s the different sounds we bring into the melting pot that gives us our sound and keeps it fresh for us.”

Now, since it’s Christmas I thought I’d give a mention to Louise DeCosta, whose brilliant new single, ‘Carol of the Bells,’ will be featured on BBC ATL’s Christmas Carol Service today. It’s also now available on Spotify and all other platforms.

I’d like to wish all my readers a Merry Christmas and a Happy New Year.