High tides are affecting the coasts and a number of roads are impassable. 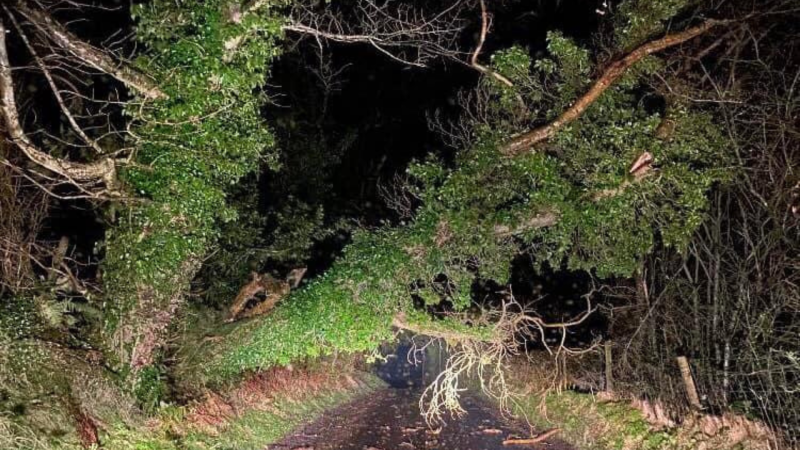 A fallen tree near Claudy.

There has been widespread disruption across County Derry this morning in the aftermath of Storm Franklin.

High tides are affecting coastal areas and the county continues to experience a number of power cuts, while the PSNI have said trees across the area are 'falling like dominoes'.

"Many roads are blocked, as quick as one is cleared another comes down," said a spokesperson. 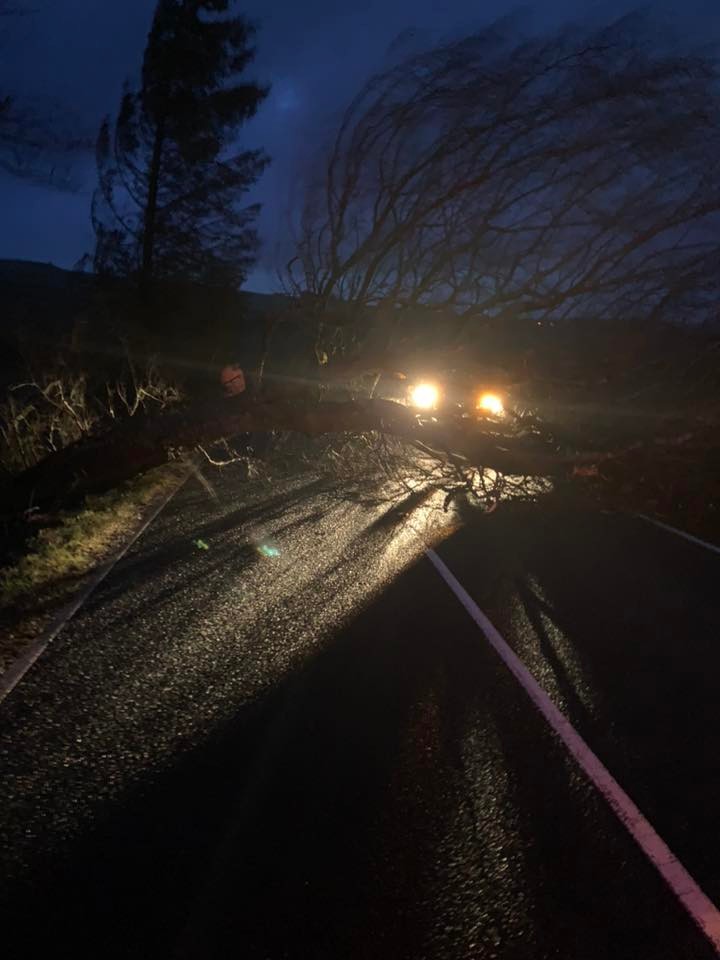 A tree down on the Belraugh Road near Ballerin this morning. Pic courtesy of Fergal McKay.

"There is going to be significant traffic disruption come rush hour especially in the Greater Magherafelt area. The main roads blocked as of 0510 hrs are:

"Magherafelt Road, Moneymore - mainline between Moneymore and Magherafelt (pictured above) - multiple trees down, likely to be blocked until mid morning.

In Coleraine, North Coast Integrated College sustained damage to its roof in high winds, with the school forced to close for the day. 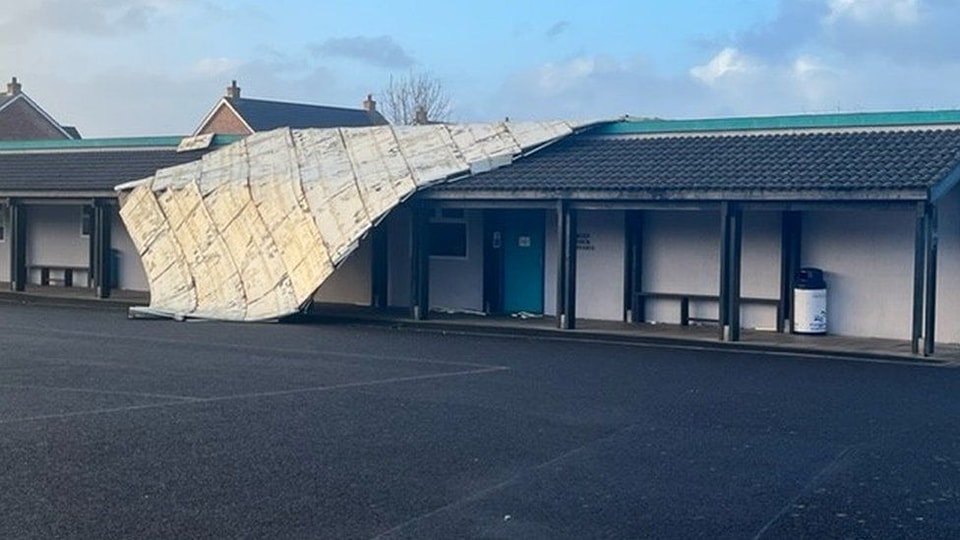 Damage to the roof of North Coast Integrated College in Coleraine.

Northern Ireland Electricity (NIE)'s Powercheck site shows a range of power cuts across the county as of 9.00am this morning, with outages focused on the north west of the county. 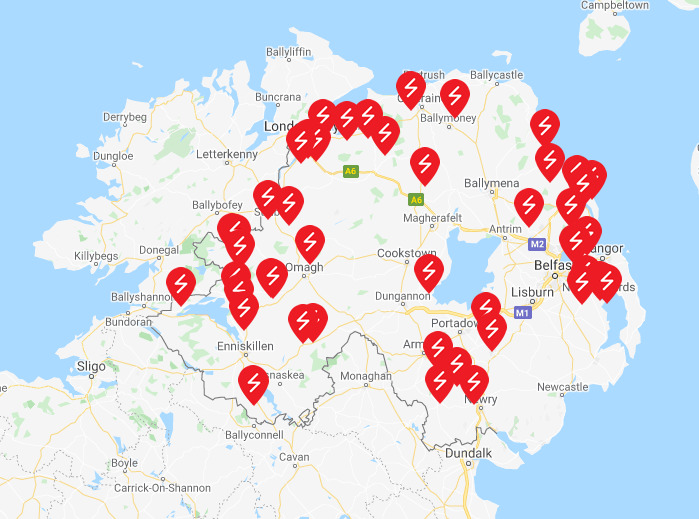 Tidal surges on the north coast of Derry have also caused disruption to a number of local businesses, with Native Seafood in Portstewart forced to postpone a seven-course slow-cooking event due to flooding in the Crescent area.

Thanks to all the guests for being dead on and understanding… this is why we had to cancel pic.twitter.com/Kk1zFmKETH

Harry's Shack, a restaurant that sits on the strand in Portstewart, will remain closed until lunchtime tomorrow as high tides continue to make conditions dangerous.

Looks like #Franklin left the coffee frother on all night in the Shack. The road down onto @PStrandNT early this morning @Harrys_Shack @WeatherCee pic.twitter.com/OBZprGWOUs

Coleraine Coastguard have issued a high tide warning, posting a video of the waves crashing onto the shore in Portstewart and urging people not to risk their lives for a photograph.

The amber weather warning for wind lapsed at 7.00am this morning, but a yellow warning remains in place for high winds.

"The public is being urged to take extra care along our coastline today due to the extreme weather and tidal conditions," they said.

"Access points to Benone Strand, Downhill Beach and Castlerock Beach are currently impassable, and visitors are asked to avoid these sites at present.

"Please put your safety first and take care at all times. If you see anyone in difficulty call 999 and ask for the Coastguard."

WATCH LIVE: Track the path of Storm Franklin as it crosses Ireland with dangerous conditions forecast