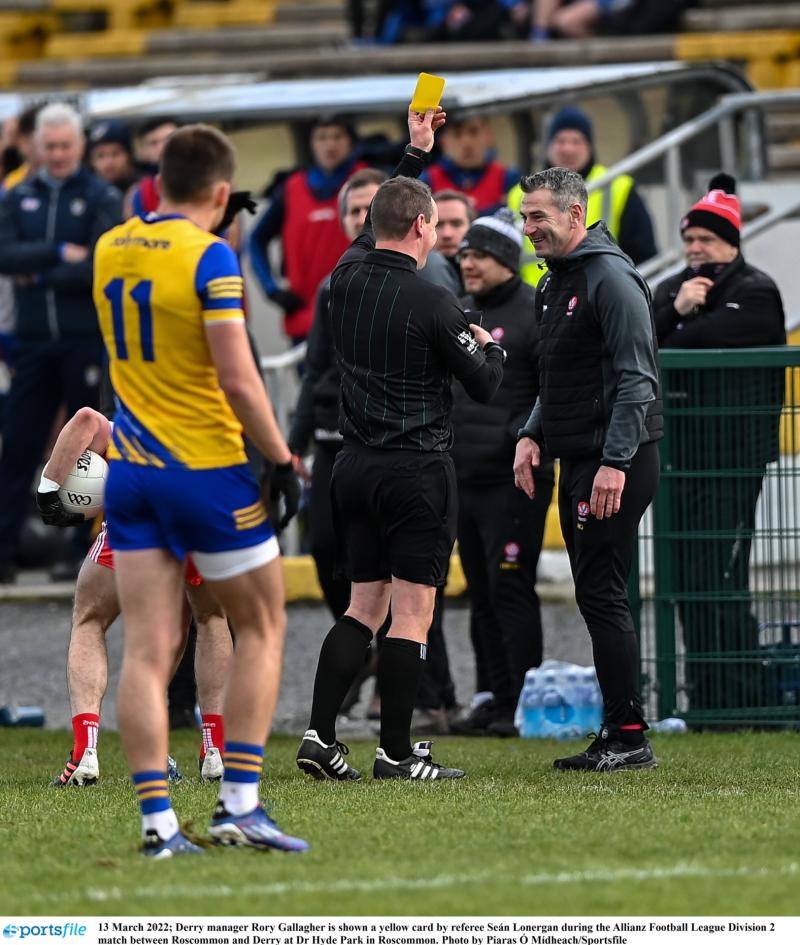 From his comments, Rory Gallagher had mixed feelings after Sunday’s draw, but his body language indicated he was in the glass half full category as Derry took their unbeaten league record to 12 games.

“Every point you get in a division like this is a good point,” he said.

“I am pleased, we were six points down five minutes into the second half and we fought back and we dominated the game, I’m disappointed we didn’t win it, but we have to move on.”

After hitting the game’s first two points Derry trailed by three points at two different stages in the first half against a wind-assisted home side that led 0-8 to 0-4 at half time.

After a shaky opening spell that saw them fall six points in arrears, Derry hit seven points without reply to lead as the clock ticked into injury time, only for Keith Doyle to level the game. 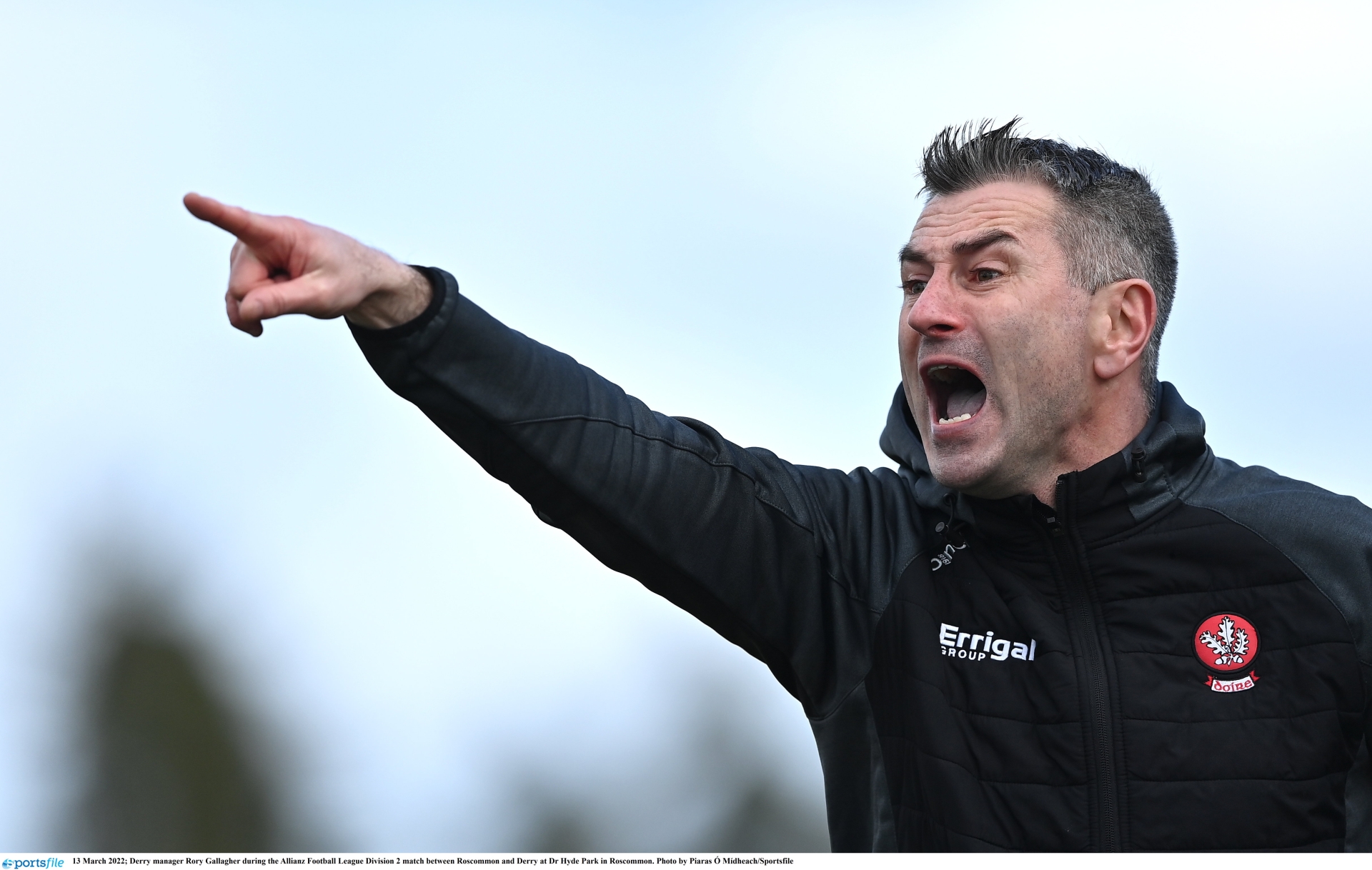 Gallagher said ‘time will tell’ if this type of tough encounter, previously billed as Derry’s most significant test of his tenure, would stand to the squad in the long-term.“

It is a good point in a sense that it (promotion) is still in our own destiny and control and it’s a nice position to be in,” said the Derry boss.

“We want to get to Division One, we have never hid that. We wanted to get it from early on in the campaign, so we’ve got to no capitalise on it.

“We knew it wasn’t going to be like that today. We are there; it’s a point I feel that gives us a brilliant opportunity to go to Division One.”

As they trekked off the break, four points down, the Derry boss felt that they’d just played against a ‘three, four, five-point’ breeze and the game was there if they wanted it.

He was ‘disappointed’ at his side being turned over; some of their shot selection against the wind and missing the goal chances, with Niall Loughlin and Paul Cassidy having shots blocked.

“That’s a test,” said Gallagher in reference to Derry’s comeback. “We are trying to develop as a very top team and a team that plays very good teams and Roscommon are that.

“I have a lot of respect for them and for Anthony Cunningham and his management team. They are warriors, they have spent four years in Division One kin the last seven and went up every other year, that’s a serious credit to any team.

“It leaves us with everything to play for next week, needing to dig deep for an unbelievable performance. I’ll tell you one thing, I am looking forward to this week and getting going.”

Much of the talk after the game was about referee Sean Lonergan issuing fourteen yellow cards, including one to the Derry boss himself. The Tipperary whistler also brandished two reds (for second bookings) and two black cards.

Roscommon played the six minutes of stoppage time with 14 men after a second booking for Niall Daly, having lost Cian McKeon to a 41st minute black card.The main talking point was his decision to show Shane McGuigan a second yellow card, in the 75th minute, after an incident that saw Roscommon defender Brian Stack shown a black card for hauling McGuigan to the ground.

Seconds later Derry were awarded a late free, which McGuigan would’ve taken, but Emmett Bradley was off target.

"Being brutally honest, I thought Roscommon were fairly cynical at times,” said Gallagher when asked about the referee’s performance.

“They were trying to stop our running game and showed their Division One experience. They had a lot riding on the game but look, being a referee is not an easy job. I've tried to referee training matches so I know it is not easy.

“It was unfortunate that Shane, our free taker, got pulled down and then got two yellow cards. Sometimes that happens and there is nothing we can do about it but it's disappointing we didn't score that last free.”