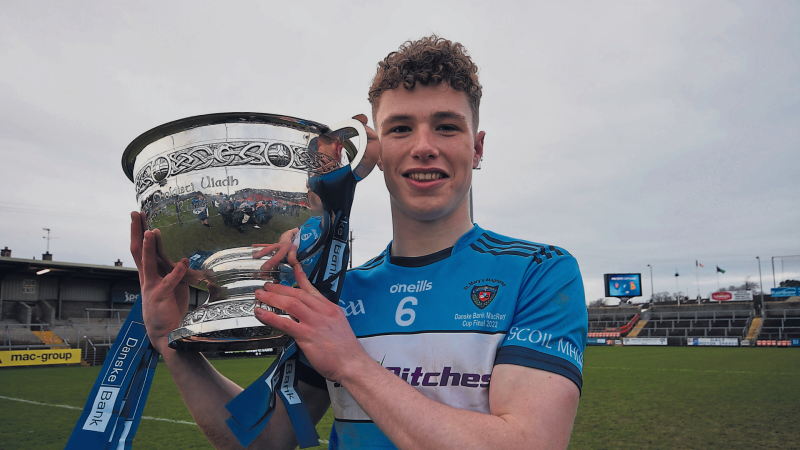 After Cahir Quinn’s goal put St Mary’s 2-1 to 0-2 ahead after 14 minutes, it looked like they were full value for the favourites’ tag their unbeaten season had brought them.

Magherafelt failed to score for the next 19 minutes as Holy Trinity formed a wall across the middle of the pitch that saw the winners camped in their own half.“We knew Holy Trinity were going to put it up to us,” said McEvoy, now a part of Rory Gallagher’s Derry senior squad.

“It was their first final and they were going to leave everything out on the pitch.”

MACRORY CUP FINAL: Brady relieved to see his side settle

The Moneyglass man said there was added pressure on the favourites.

McEvoy admits the nerves that come hand in hand with a game of this magnitude had an effect in his side, which soon transferred into a brief spell of complacency with two goals in the first quarter.

“Then we hit a few wides, but at half time we talked about calming down and making sure we were striking through the ball,” said McEvoy who used Kilcoo’s win over Kilmacud Crokes as an example of how important goals are. 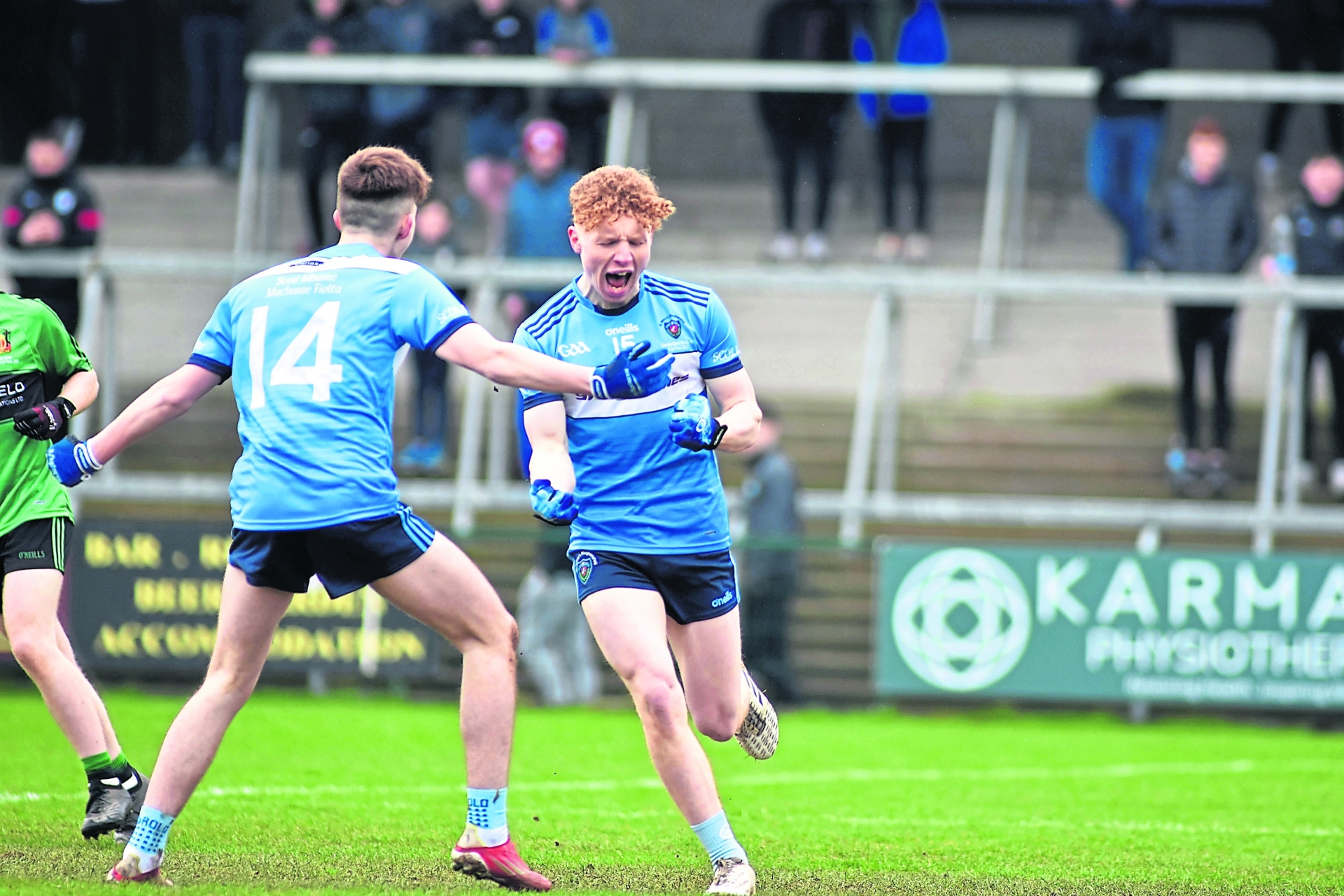 “It is something we have trained for, going for goals and being ruthless,” he said.

“We got two and it won us the game. We try to get width and cut in. We all know goals win games, if you just look at Kilcoo last night…they only scored 10 times with Kilmacud scoring 13.”

Tom Shivers, from a free, and a thumping effort from Ruairi Forbes settled St Mary’s into the game early in the second half and McEvoy spoke of the importance of keeping the scoreboard ticking over.

“We did hit a few wides, but we kept going and won a few kick-outs and finally got the scores,” he said.

“Holy Trinity were certainly on top for the last 15 minutes (of the first half) and we couldn’t really get the ball out of defence. We were ropey and going into contact, which is something we hadn’t really done.  It (half time) calmed us down and we wised up a bit and kept the ball well.”

McEvoy also pointed to the input of the forward line and substitute Joshua Cassidy – who scored with his first touch – in their second half control.

Only a second year when St Mary’s won their first MacRory title in 2017, Eoin remembered the magical feeling and now it was his turn to be engulfed by fans at the final whistle.

“It’s crazy,” he said. “Five years ago were on the stands and running out on the pitch. To see everyone running onto the pitch to celebrate your win, it is the stuff of dreams.

“You can see what it means to the school community, everyone wants us to win and thankfully we got there.”

The Ballinderry man turned in a man of the match performance.