The Cookstown school's manager says the buzz in school has been unprecedented. 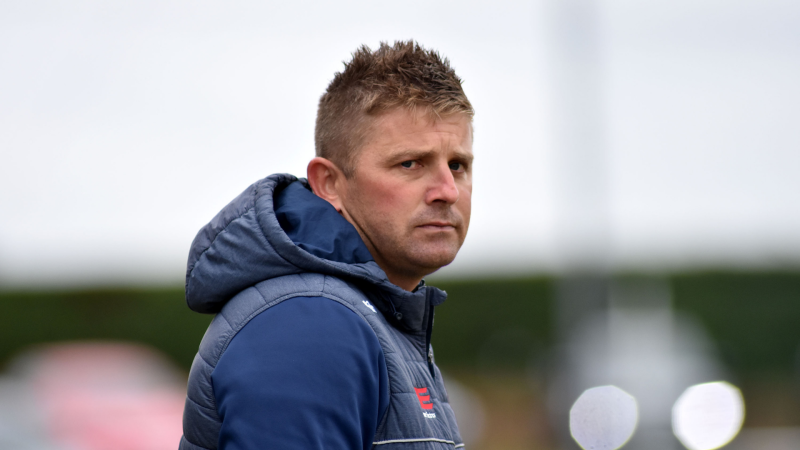 John McKeever says Holy Trinity are not just going to make up the numbers. Pic by Mary K Burke

John McKeever said Holy Trinity are under no pressure ahead of their first ever appearance Ulster school football’s showpiece game.

McKeever, who manages the team with former Tyrone captain Peter Canavan, said the buzz in the school this week is something they’ve never witnessed, despite having brought home a MacLarnon title four years ago and landed All-Ireland Vocational Schools’ titles in the past.

“There has never been a buzz like this before,” said McKeever, with an excitement in his voice.

“It seems to be that the MacRory Cup for these boys is the pinnacle of school football.”

McKeever hails from the Derry border in Portglenone and has recently finished a stint as Bellaghy manager.

From the outside, he could see the hype when St Patrick’s Maghera and St Mary’s Magherafelt have reached the high end of the competition in recent years.

Since their 0-10 to 0-5 semi-final win over Maghera, McKeever has noted how their Cookstown side have deemed as ‘history makers’ in certain quarters.

“That nearly takes the hype off it and the expectation levels down…like they (the squad) are in bonus territory.

“People are shocked that we’re in the position we are in, so that will take a bit of pressure off the lads that they’ll be able to go out and express themselves.”

Barring any injuries in the final days of preparation, McKeever announces a full squad to pick from and is happy.

“They are in a good position and they’ll be ready for it,” said McKeever, who will manage his native Portglenone this season, with Canavan on his management team.

“The expectation is quite low, because a lot of people expect St Mary’s Magherafelt to win.

"We would see ourselves very much as underdogs, the same are we were going into the St Pat’s Maghera game, so there is no pressure.”

He has noticed the growing belief the players have gathered through the competition. Two years ago, they were knocked out by Maghera in the quarter-final, a team that went to share the title with St Colman’s.

“It is the quality of the schools that you are coming up against,” McKeever points out.

“When you get over the Abbey and St Pat’s, it gives them a crazy amount of confidence to take back to their own clubs and into senior football.

”We have to gain confidence from last Sunday (in the semi-final), but we know what’s ahead of us and we want to give a good account of ourselves.

“Whatever happens on the day, and hopefully it is a win for Holy Trinity, we’ll be proud of our fellas and we’re not going there to make up the numbers.”

This St Mary's group are going in search of their first success.
ADVERTISEMENT - CONTINUE READING BELOW