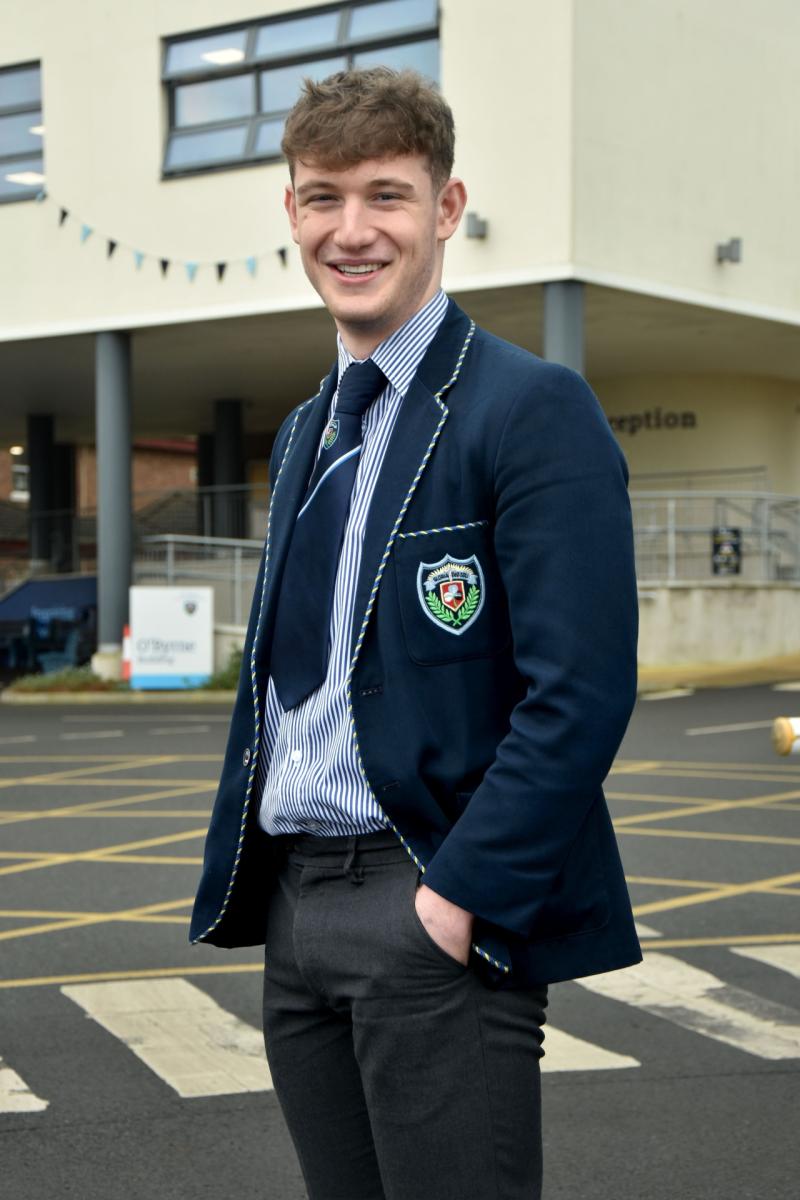 When Simon Matterson sits down to look ahead to the MacRory final he is the eptiome of cool. The face of the young Desertmartin defender with an equable temperament lights up when talking about the upcoming game.

“I'm just looking forward to it all, walking out on the pitch, the whole match day experience – I can't wait for it,” he grins. Pressure doesn't really get to me, I don't think about it too much, I block it out.

"Yeah I get nervous before a game like, but it dies down the closer the day comes. Usually on the bus you get a bit of a nervous buzz again, but once the ball is thrown in I settle down and get on with it,” said Matterson.

The young Desertmartin defender who played for his county a minor grade last year knows the taste of defeat, having played in the opening round of the Ulster minor championship just ten days after Derry had claimed the delayed 2020 All Ireland crown, but the holders crashed out to Armagh in Owenbeg in what was a shock result for many.

“I was a county minor last year but we lost out to Armagh at Owenbeg and that was tough,” said Simon. But comparing the county set up to school's football the Desertmartin man says the two don't compare.

“Schools football is so unique, it's winning with your best friends. Playing county is different, it's not the same connection as playing with your mates.

“You go into a county minor set up and you are maybe there for a few months and then it breaks up again, whereas with this we have been building for years,” said Matterson.

“Well I say years, I transferred into the school in my third year, so it's a wee bit different for me,” he laughed.

Transferring from one school to another as a teenager can be tough, but sport certainly played a big role in the 'new boy' settling into his new school environment.

“It was hard joining in at the start, and some of the boys were a bit wary of making friends, and it wasn't easy for me now. Coming in as the new boy, the football definitely helped me to settle in.

“They liked to test me at the start,,” he laughed, “but those same boys who put me to the test are my best friends now,” said Simon.

“I played on our Corn Na nÓg side in my first year at the school but we didn't do anything there, then we won a Brock Cup but went on to lose a Rannafast final by one point, that was a tough one to take, but we have learned from that.”

The Holy Trinity players will be no strangers to the St. Mary's team, three of their side are former students who transferred to the Cookstown school. Michael Oscar Devlin, Terry Devlin and Peter Loughran all playing for Holy Trinity on Sunday.

“I'd be very good friends with them, especially Terry and Michael Oscar – they left here in fitfth year and they were on that Rannafast team with me and so now they are opponents,” he smiled.

“But it doesn't come down to who knows what about who, it's about how we play on the day.

“They beat a good St. Pat's team there, and while we know it won't be an easy game we will be looking at how we play and focus on that,” he added.

Looking ahead to cementing a place in his club's senior side, Matterson says there is a real positive buzz around the Desertmartin at the minute.

“This is my first year as a senior. The club won six trophies there in recent years after having won nothing for decades, it has caused a real buzz about the club.

“We have Lachlan Murray in the Derry senior team there and we have a lot of young players coming up through the club. There are two of us in this MacRory panel and we had Conor Shiels on the Maghera team there so we have definitely plenty of talent coming through at club level.

“We haven't had a lot of success for years at the club so we are are just trying to build on that positivity now,” he added.

Captain of the MacRory team Eoin McEvoy said Matterson was the 'joker' of the squad – there is no doubt with his laid back approach and easy air you could see how the Desertmartin lad could keep a squad in humour, but he will be hoping for smiles all around after Sunday's final whistle in Armagh.

“Well, my mother would say I'm too laid back” he laughs “ But obviously we want to win, and hope to have a good game and the right result.”

'MacRory is the one you want,' says Eoin McEvoy.
ADVERTISEMENT - CONTINUE READING BELOW