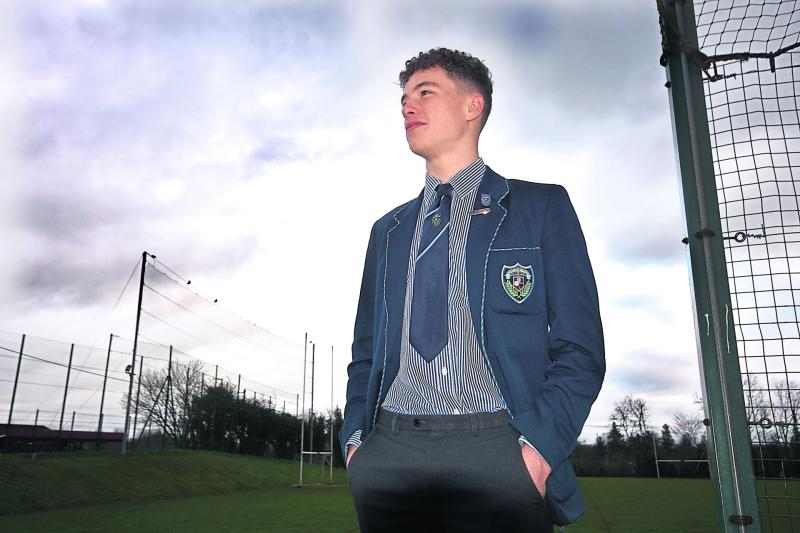 To captain a MacRory cup team to an Ulster Schools final is as prestigious an accolade as most young footballers can ever dream of, and O'Donnovan Rossa's player Eoin McEvoy fully appreciates the honour he has in doing just that for St. Mary's Grammar School, Magherafelt.

“I think it's why you want to play football in school. The MacRory is the one you want to go for, it's the team you want to make.

“It got more significant to me when we were in second and third year because the school was in the final two years in a row and I remember looking on from the stand as a second year and thinking I want to be there, I want to play in a MacRory final,” said Eoin.

“More importantly I think this year is so special because Covid19 had such a big impact last year and we maybe felt we didn't get a fair roll of the dice in terms of that, so this is our big chance here now, we are only getting this one year at it, and we want to give it everything.”

Focus has been the cornerstone of this team's preparation since the beginning of the school year, but has also been a journey of improvement from the squad's early years at Nannery and Corn na nOg levels.

“We said at the start of the year that our main aim was to get back to the MacRory final, and now that we are here we are just looking to take our opportunity.

“Watching that MacRory win when I was a second year and playing in school at the time, our team were just ok, we weren't winning anything at the time but we just kept improving, we didn't really compete at competitions but we kept improving.

“We won a Brock shield in fourth year, and then lost a Rannafast final in fifth year by one point to St. Pat's Maghera over in Bellaghy, and that really drove us on this year – we felt unlucky to lose that day and we used that hurt as a big motivation to drive that bit harder”, said the Magherafelt student.

“This is our first schools final since that Rannafast, partly due to the disruption caused by Covid, and so we want to make it count now”.

Building up to the Ulster final, excitement and a real buzz is building around the school but the players are keen to stay focused on the job in hand and will try not to get too distracted by the excitement of it all. 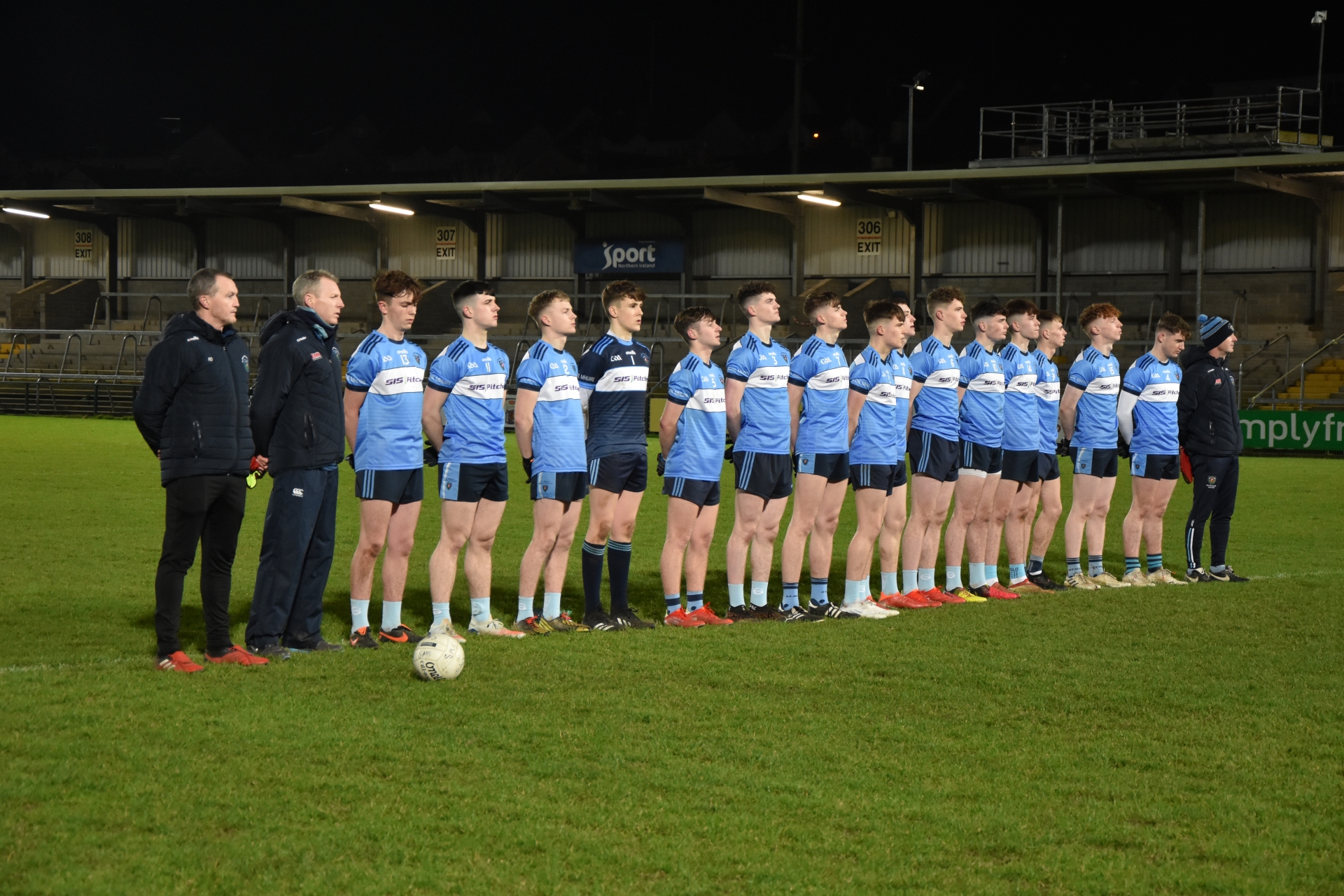 McEvoy credits the cool heads and experienced management team for helping them maintain their focus on the job ahead.

“Mr. Brady and Mr. McElholm have been here before and they are keeping us grounded. We are focusing on our training, keeping it sharp and good and keeping our feet on the ground.

“They tell us they have experienced a win and a loss as a management team, and it really counts for nothing if you get beat – so we are staying focused.”

Eoin McEvoy has already tasted success on the big stage, having won an All Ireland minor title with Derry, playing at the same centre half back position he holds down on this MacRory side, a side that have three of that All Ireland winning side in the team, himself, Ryan McEldowney (Desertmartin) and Niall O'Donnell (Ballinderry) and no doubt that experience will be invaluable to the dressing room on finals day.

“The minor win was good, learning how to manage the big day and handle the pressure – that has definitely helped me.

“Also knowing there would be a big crowd there supporting you, that will help us hopefully when we go out on MacRory final day,” said Eoin.

Turning attention to the opposition Holy Trinity College Cookstown, the Convent captain is acutely aware of the challenge ahead.

“We watched the other semi final between Holy Trinity and Maghera. The result wasn't a big surprise for us to be honest, we know they are a quality side, they have a good few Tyrone county minors there and they reached their All Ireland final too, so we know what we are going up against here.”

“I think they managed the game very well, and we know we will need to deliver a really big performance if we are to get past them.

“We knew they'd be a big test, and hopefully getting that tight game under our belt in Armagh gives the younger players on our side the opportunity to see what it's like to play in Armagh in front of a crowd in a tight game, and that will hopefully stand to us as well.

"We got off to a slow start in the semi final, we gave away three goal chances, and conceeded a goal early and it was a rocky start by our standards, but it took a bit of experience to calm us down.

“We got a couple of scores on the board and that settled us and we ended up level at half time which was against the run of play because they had the better opportunitites over the half, so we were happy enough in that we had settled down after that rocky start.”

Looking ahead to Sunday's final in Armagh, a smile broadens McEvoys face when asked what he is looking forward to most.

“Just running out to the crowd I think, just the atmosphere,” he grinned.

Aware of the noise from the stand, McEvoy sees their supporters as playing their part too in the team's run, but he lays all the credit at the feet of the management team.

“You definitely hear the supporters on the pitch like, and they were brilliant it made it all the more special at the semi final.

“Our management team, they are brilliant, Mr Devlin, Mr. McElholm and Mr Brady. They've been here three times in the last six years and we know to listen to them, and hopefully they can guide us to lift the MacRory Cup.

The 14-year-old performed well in the heats in Spain.
ADVERTISEMENT - CONTINUE READING BELOW