The public gave a clear nod to the eventual winners. 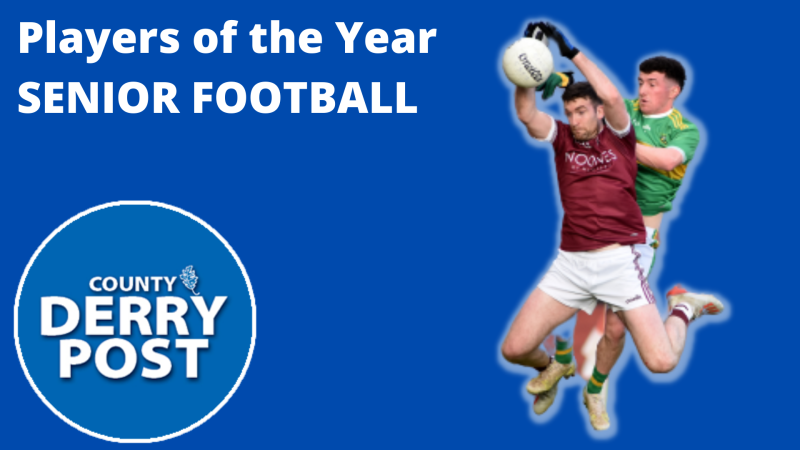 Senior Footballer of the Year 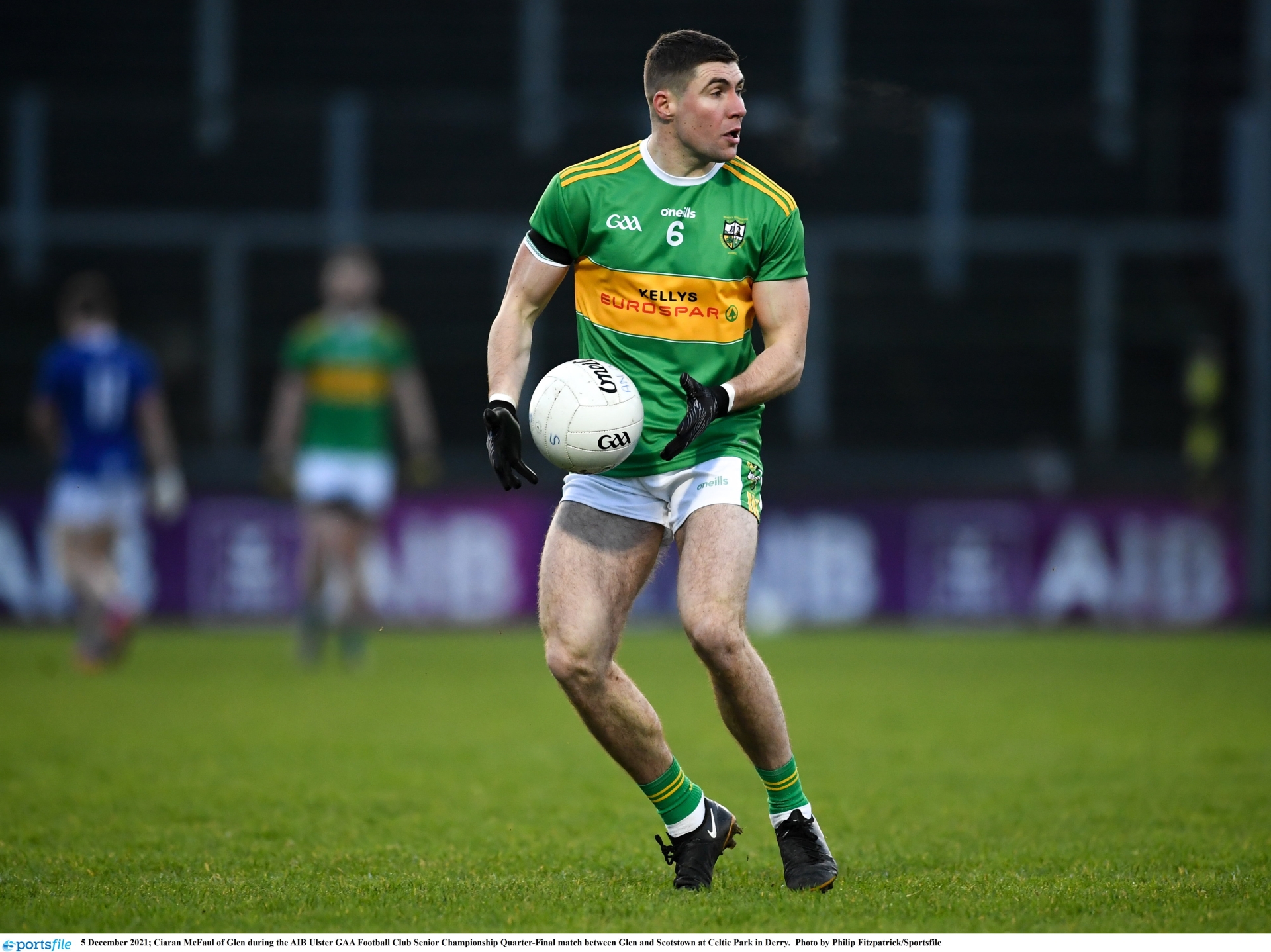 McFaul made Glen tick from his position at centre back. Pic by Philip Fitzpatrick/Sportsfile.

If great players have everything in their locker, Ciaran McFaul probably needed a second one last season.

The Glen talisman was imperious in the number 6 role into which Malachy O'Rourke moulded him in 2021.

In the biggest game of the year, the county final against Slaughtneil, he hammered over three points and dictated the game in the same manner he had done all season.

That Donegal champions St Eunan's set out to shut him down in their Ulster SFC clash in Letterkenny is a mark of just how influential McFaul has been.

His name also dominated the responses to our online poll, with one respondent in particular waxing lyrical, saying McFall was 'arguably the greatest talent ever produced in Derry football'.

“What an absolute work horse he is on the field, any position that man turns the bolts in any match. He can read a game super and his dummies are without a doubt the best in Ulster,” said another.

A further respondent said he 'redefined the number 6 role', while another quite simply said the centre back was 'pure class'.

Able to dictate play from deep, he has arrived on the end of attacks with perfect timing, while also performing his defensive duties with commitment.

Rory Gallagher said he was delighted to see the return of the McKenna Cup.

Young Senior Footballer of the Year 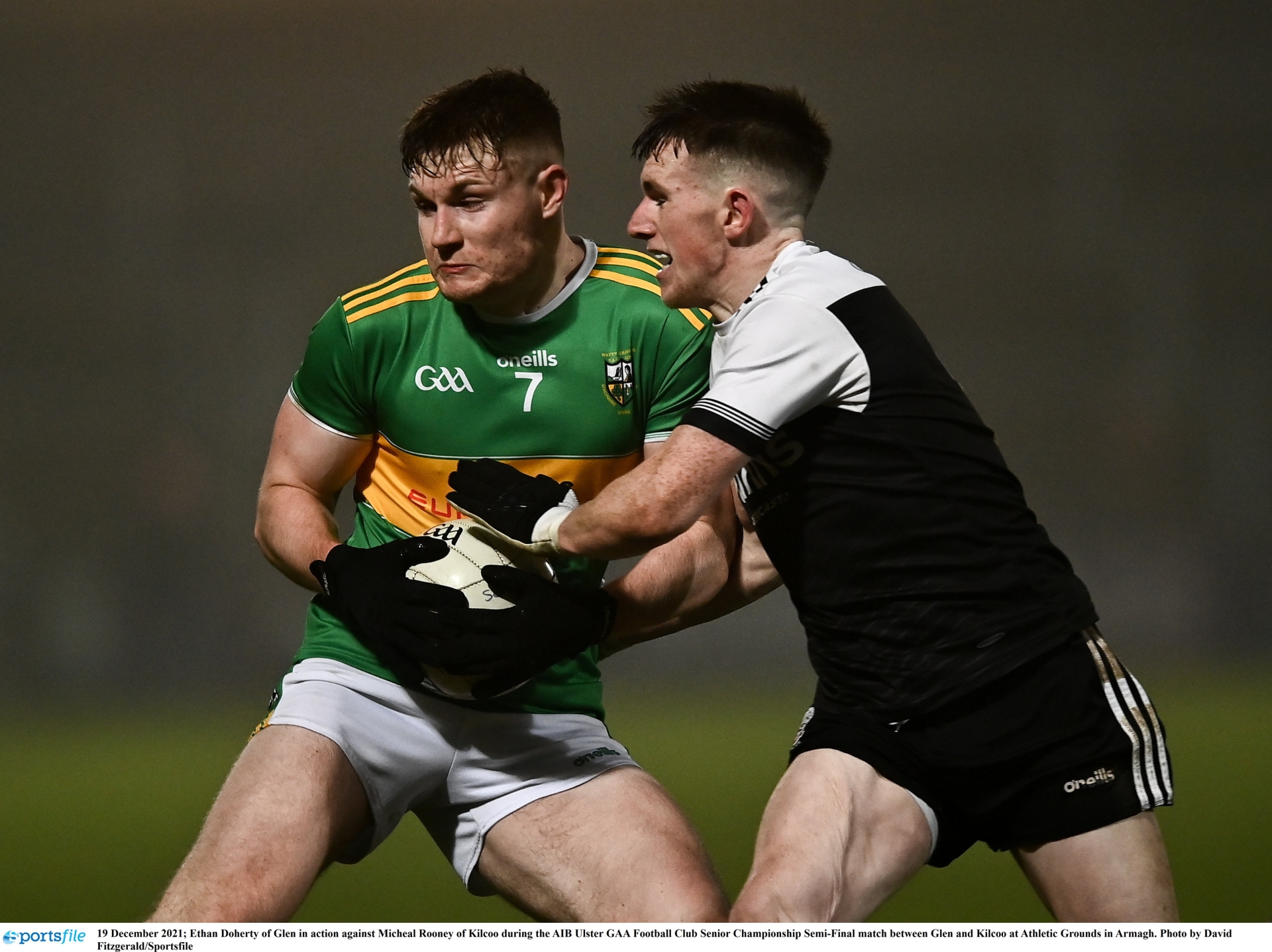 Doherty in action against Kilcoo in the Ulster semi final. Pic by David Fitzgerald/Sportsfile.

Ethan Doherty was still at school when the Covid pandemic started. Less than two years later, he helped Glen lift the John McLaughlin Cup for the first time.

Stepping straight into the first team at both club and county level, the rise of the former St Patrick's College captain has been meteoric.

Every inch the modern wing back, his power, pace and ability to break the line have been a key part of Malachy O'Rourke's Glen machine.

The GAA community in Derry have also been quick to recognise his precocious talent, and he was a hugely popular choice in our public feedback.

Amid numerous goat emojis, one respondent suggested he could 'play anywhere', while another said his selection as Young Player of the Year was merely 'common sense'.

“The engine of Glen's back line with constant running. He never gave up and always looked to drive the ball forward to create scoring opportunities,” said a further response.

One particular respondent kept it simple, nominating him for the award because he 'roasts everyone'.

Doherty is a player with a big future, and, already performing at the highest level for both club and county, the possibilities seem almost endless.