We name the players of the year for junior football in Derry. 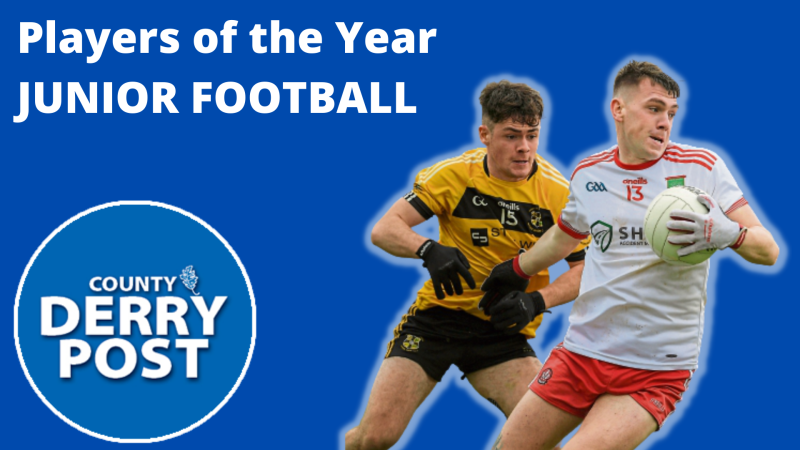 Junior Footballer of the Year 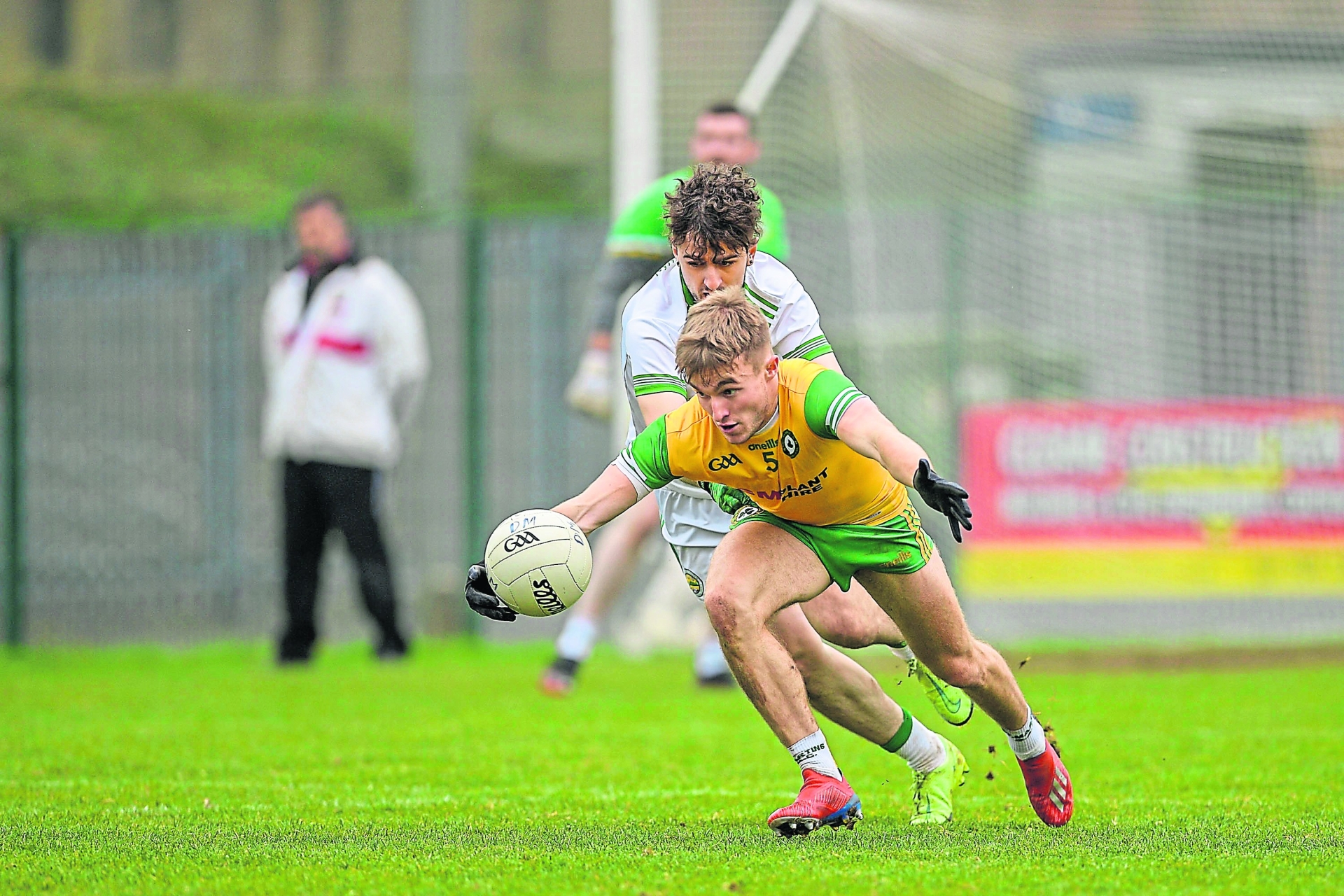 The flying wing back scored 1-2 in the JFC semi final win over Craigbane. Pic by Cathal McOscar.

In a year where Desertmartin perfected the attack from deep-lying positions, McElhennon was a key weapon.

Whether it was bursting forward with the ball, or getting on the end of a sweeping move, the electric half back was on the score sheet regularly.

He found the net with an outstanding individual effort in the Derry semi final win over Craigbane, and continued his scoring run throughout the Ulster championship campaign.

One respondent on the feedback form pointed to McElhennon's 'speed, strength and shooting', while another said you could play him 'anywhere on the pitch'.

A further response said he was 'the best half back in Derry and Ulster for his speed and skill on the ball', while another hailed him as an 'influential player'.

“He played some great, entertaining football and was very focused and smart on the field,” added another.

One respondent simply nominated 'Runabout McElhennon', while another said he was 'easily the best player on the pitch in nearly every game this season'.

Ending the year with two junior medals to his name, along with his Desertmartin team mates, the half back can be well satisfied with his performances.

Young Junior Footballer of the Year 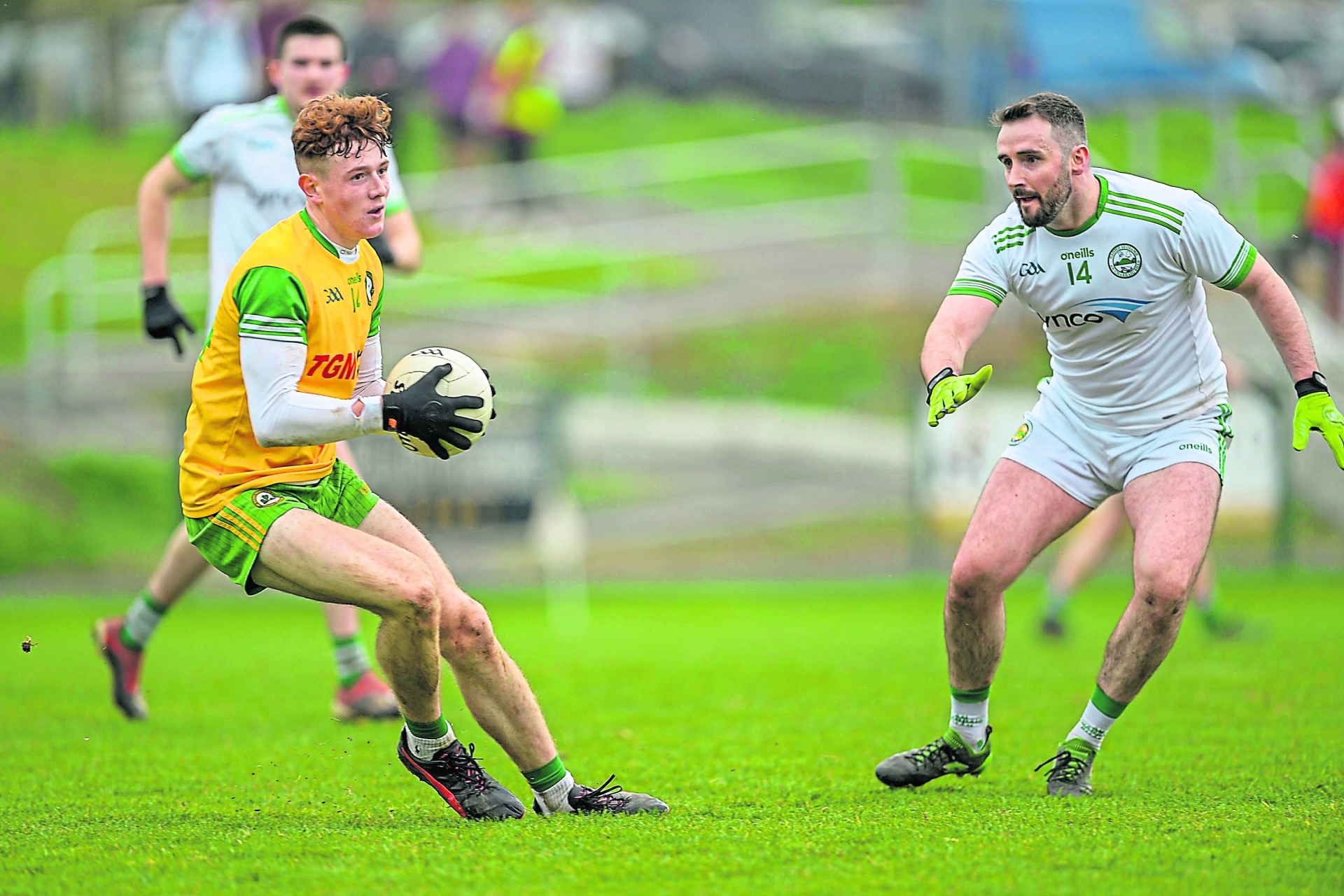 Eager not to miss out, he added the 2021 junior football title to his growing medal collection, and featured strongly in the run to the Ulster junior semi final.

With St Martin's clearly the team to beat at this level, they faced packed defences wherever they went, with Murray having to work hard to create the space he needed.

And he did. Sean Dolan's Rory McGurk used his experience to curb Murray's enthusiasm in the early stages of the county final, but he did what talented young players do.

The teenager adapted his game and maintained his composure to slot six points from frees as Desertmartin eventually won by ten points.

One respondent to the feedback said Murray was the 'main man in that Desertmartin team', while another said he had 'a bit of everything in his game'.

“An exceptional talent. Eight points in the county minor final, performances for Derry minors and made the step to junior football easily,” added another.

A part of Rory Gallagher's provisional squad for 2022, there is an exciting future ahead for Lachlan Murray.

Who has made the cut for the junior football final XV?