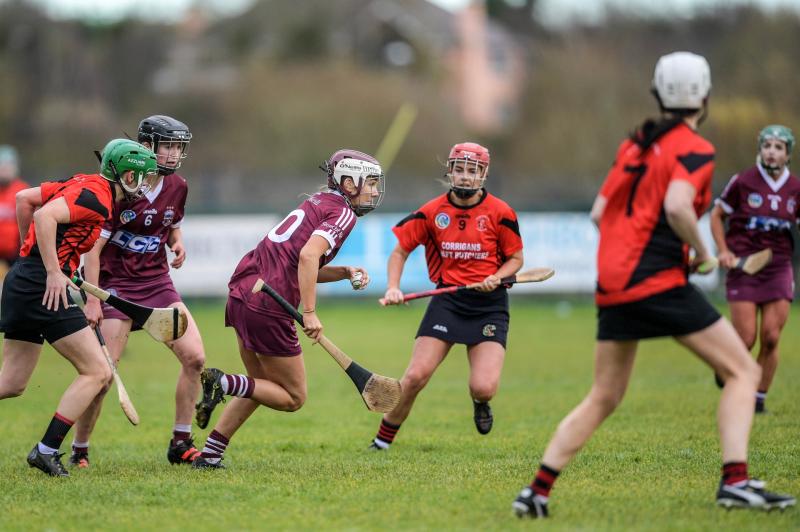 First-half goals from Wexford legends Úna Leacy and Ursual Jacob and eight points from play by the Kehoe twins, Shelley and Stacey, ended Slaughtneil’s bid for a fifth consecutive AIB All-Ireland senior club camogie final appearance, as 2015 champions Oulart-The Ballagh held the former three-in-a-row victors at arm’s length in the second half to prevail at Donaghmore Ashbourne by 2-15 to 1-11.

Oulart have another giant to slay in next Saturday’s decider at Nowlan Park as titleholders Sarsfields lie in wait following their 0-11 to 0-4 victory over Drom & Inch yesterday.

On this evidence, they look more than capable of doing so, their wealth of experience and scoring power capable of accounting for any outfit on a going day, with apart from the aforementioned, the likes of skipper and another ex-Model County hero Mary Leacy, Ciara Storey, Anais Curran and Aideen Brennan all involved.

A ruthless first-half showing with the wind laid the groundwork for the victors, as it forced their Derry opponents to discard their tried and trusted system of restriction.

This meant that even as they had the elements in the second half, more gaps existed than they would normally allow and they were capitalised upon by Oulart.

Given the final margin, the opening nine minutes were hugely significant, at the end of which the red and blacks led by 1-5 to 0-0.

After Shauna Sinnott pointed almost from the throw-in, Stacey Kehoe and Jacob slotted a pair apiece before Úna Leacy planted just the latest in a career of major goals, making no mistake after Shelley Kehoe drew the cover with a run through the middle.

Former Offaly star Tina Bradley, who gave birth to her first child earlier this year, slotted a couple of minors for Slaughtneill as they steadied the ship and added a third after winning a free from which Louise Dougan converted to leave it 1-5 to 0-4 at the first water break. 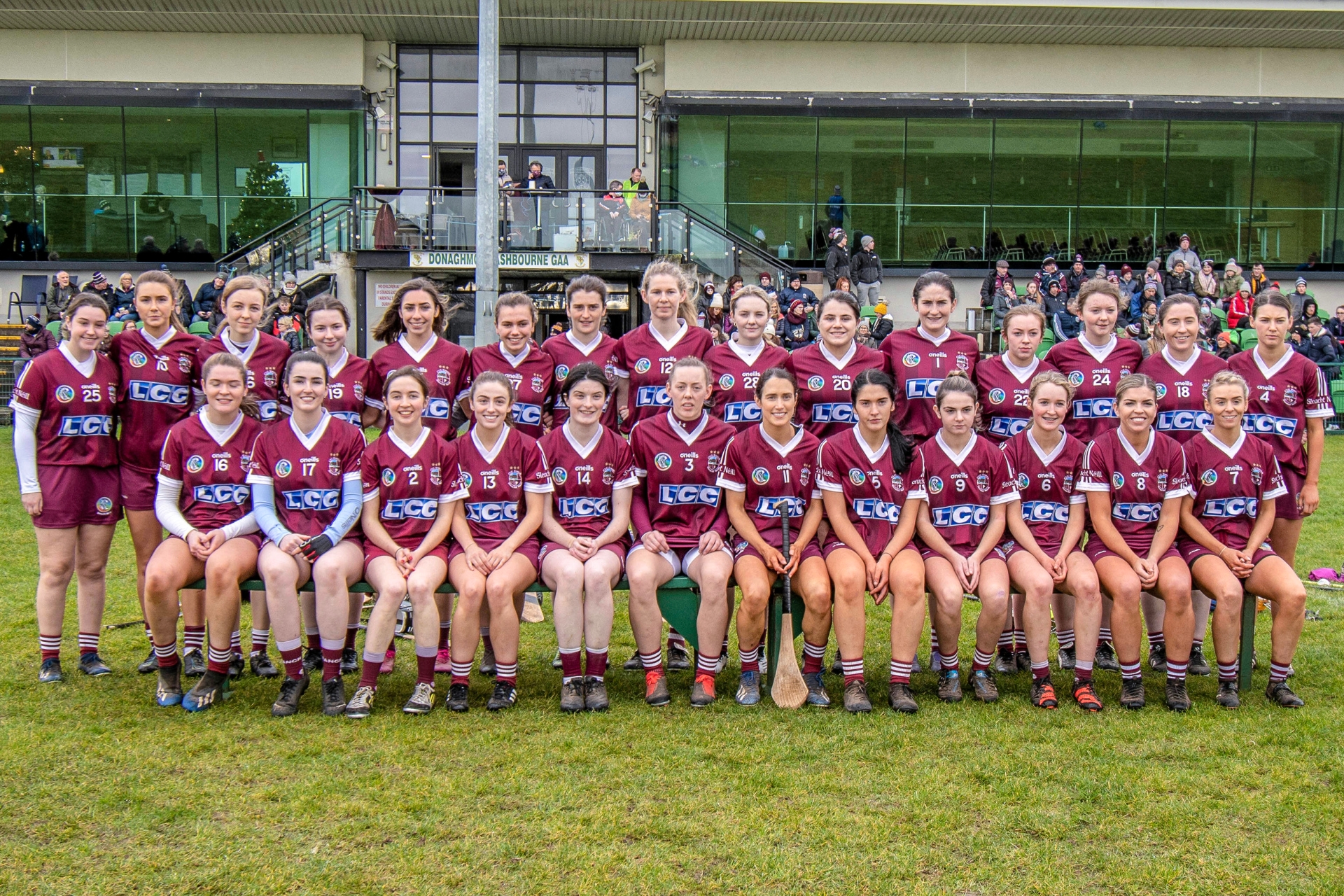 The Slaughtneil team who lost out to Oulart-the-Ballagh. Pic by Inpho Photography.

Cliodhna Ní Mhianáin reduced the margin to a goal but catastrophe struck when following Shelley Kehoe’s point, Jacob’s free from 55m was deflected unfortunately by Dougan beyond Jolene Bradley to put seven between them once more.

That margin had grown to ten by the interval and the Robert Emmets never looked like reeling it in from 2-10 to 0-6.

They tried valiantly, as you would expect however, Therese Mallon goaling in the first minute of the second half after a block by Céat McEldowney of Katie Gallagher’s attempted clearance.

Orla McNeill followed quickly with a point but the Oulart riposte was notable, Úna Leacy, Shauna Sinnott and Shelley Kehoe firing the last three points of the third quarter to make it 2-14 to 1-8.

They only had to avoid a collapse from that juncture and with such experience in their ranks, that was never going to happen.

The Watties took the title with five points to spare.