The Watties took the title with five points to spare. 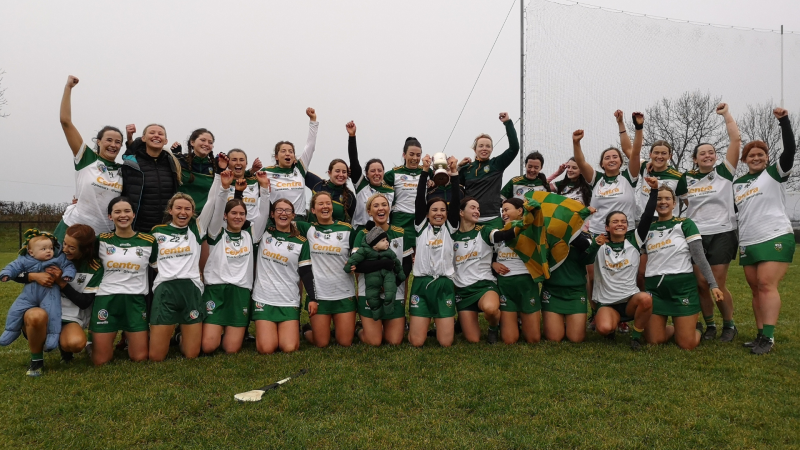 The Glen side celebrate their victory.

Glen camógs are Ulster champions after a dominant second half display overturned a four-point half-time deficit to seal victory over Antrim's Tír na nÓg in Ahoghill this afternoon.

An inspirational display from captain and centre back Rebecca Kirkpatrick saw her collect a personal haul of 0-8, and she was central to the second half revival.

Emily Falloon had Tír na nÓg ahead within the first minute, and despite Kirkpatrick's opening free, an Aine Devlin brace and individual effort from Cameron McGaughey saw the Antrim girls open up a 0-4 to 0-1 lead.

Kirkpatrick's second saw them go into the water break just two behind, but Randalstown came again in the second quarter, a further brace of Devlin frees stretching the lead to four points on 23 minutes.

Sinéad Comer hit 0-7 from frees as Magherafelt made the final four.

Bronagh Gallagher kept the Watties in touch with a neatly taken score, but Aine Devlin would have the half's final say with her first from play on 34 minutes to see Glen trail 0-7 to 0-3 at half time.

Glen took charge after the break, Kirkpatrick leading the charge with frees on 31, 35 and 40 minutes to close the gap to a point, and though Tír na nÓg hit back again through Devlin, the green and yellow wave continued.

Kirkpatrick again reduced the gap to the minimum, and immediately after the water break, Niamh Gallagher levelled for the Derry champions, before their captain nudged them in front on 47 minutes.

Randalstown hit a number of wides before Leanne McCrystal's long range effort found the net on 56 minutes to put Glen in full control.

Kirkpatrick added the insurance with a neatly taken 59th minute free, and it was left to McCrystal and Tír na nÓg's Bronagh Devlin to swap points in stoppage time to see Glen take the victory on a scoreline of 1-11 to 0-9.