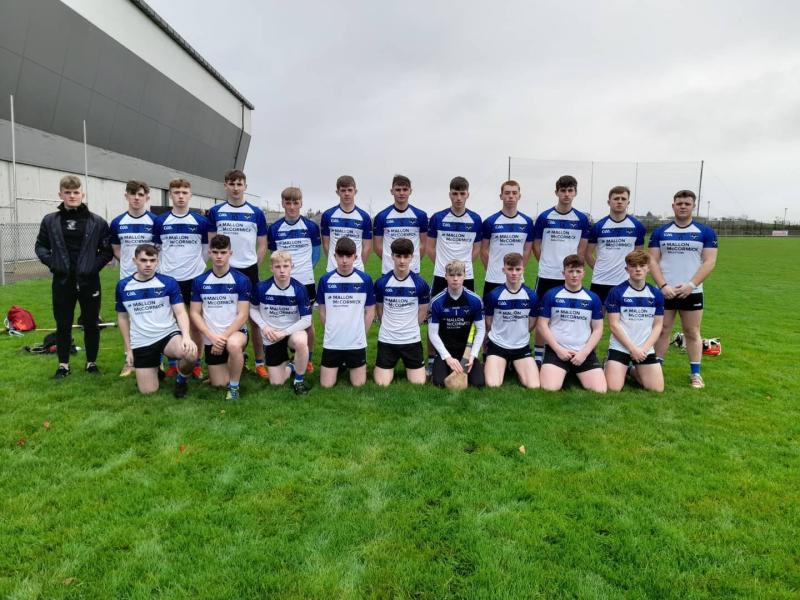 St Patrick's Maghera knew since their opening day defeat to St Patrick’s Downpatrick that they had to avoid defeat in this final group game to reach the semi-finals of the Danske Bank Mageean Cup.

Friday’s results in the other group threw up St Killian's Garron Tower as the team they would face if they beat Knock.

In the end it was a comfortable enough morning in Lavey for Maghera against Our Lady’s & St Patrick’s Knock with an early goal from Oisin McNicholl paving the way for a 2-11 to 0-6 win.

McNicholl had opened the scoring within the first 20 seconds with a breakaway point and four minutes later Knock’s best player and free-taker Eoin Pucci fired over an equaliser.

Then in the sixth minute Eoin Scullion played McNicholl in for the goal. The sliotar seemed to die on the heavy pitch and McNicholl scooped it home from close range.

Maghera never looked back with Knock very dependent on Eoin Pucci frees to keep them in contact.

The Maghera half-back line of Dara McGonigle, James Friel and Fionn McEldowney was in control throughout with Eoin Scullion dropping back from midfield as an extra shield. Scullion and Shea McKenna were on top at midfield and Peter McCullagh was always available to run at the knock defence.

It was 1-5 to 0-2 at the water break with four of the Maghera points coming from McCullagh (two from play and two from frees) and that gap stretched to 1-8 to 0-4 by the interval with Jarlath McCollum eventually getting Knock’s first score from open play in the 24th minute.

McCullagh hit two more frees and Callum O’Kane took a fine point when he took his player on in the 25th minute.

Eoin Scullion and free-taker Pucci exchanged points on the re-start, and then Cormac Mullan’s goal in the 36th minute made sure that there would be no way back for Knock.

The spade-work was done by McCullagh but Mullan still had plenty to do before he crashed the sliotar past Tiarnán Davis.

Davis brought off a good save from Shea O’Neill at the start of the last quarter that only produced three points, all of them top class scores.

Knock could claim the score of the game when Shea Pucci fired over left-handed from right on the side-line.

But that point was cancelled almost immediately by a fine long-range effort from Callum O’Kane and Fionn McEldowney fired over another fine point late in the game.

Both semi-finals (Downpatrick v St Louis Ballymena and St Killian’s v Maghera) are due to take place next week with the final scheduled for the weekend of December 17/18.

The Maghera twins are no strangers to running.