New striker excited by challenges ahead 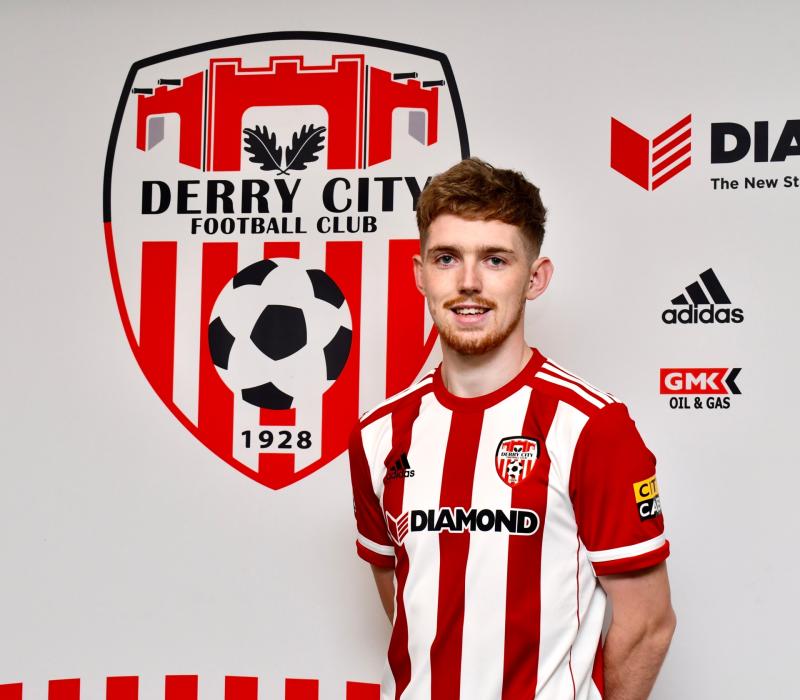 Jamie McGonigle insists it was a ‘no-brainer’ to join Derry City.

Despite interest from other clubs in the Irish League, McGonigle has opted for a move to the Brandywell on a three-and-a-half year deal and could go straight into the squad for this week’s game against Waterford. The player admitted he is a big fan of manager Ruaidhri Higgins and that was a key factor in his decision to join the club.

“It’s a massive club,” he said. “Once the clubs agreed whatever they had to agree it was a no-brainer for me to be honest to come and play here.

“I’ve been to see plenty of games before and I’ve played along with Ruaidhri and it’s a chance to work with him again so I thought why not? I had a good working relationship with Ruaidhri at Coleraine, I know what he’s like, I know him well and he’s good to work with so that definitely did play a part.”

McGonigle, who hails from Dungiven, admits that he can’t wait to get started as a Derry City player.

“I know some of the players who are already here, wee Ciaron Harkin, Jackie, we would be very close, so I’m really looking forward to getting started,” he continued. “I’ve been to a few games before at the Brandywell and you do think you’d love to get a chance to play here and now that I’ve got this chance it’s up to me to take it. I can’t wait to get started.”

McGonigle will provide competition to both David Parkhouse and James Akintunde and he hopes to hit the ground running at his new club.

“Going from part-time to full-time obviously improves your fitness because you are in the gym more and working on yourself more so you’re fitter, stronger, better,” he said. “I’ve been in that situation a few years now so it should make the transition into Derry City easier.

“I just bought a house there and I’m moving into it at the end of the summer and it worked well to stay local, and Derry is probably the biggest club in the area so it’s a no-brainer.”