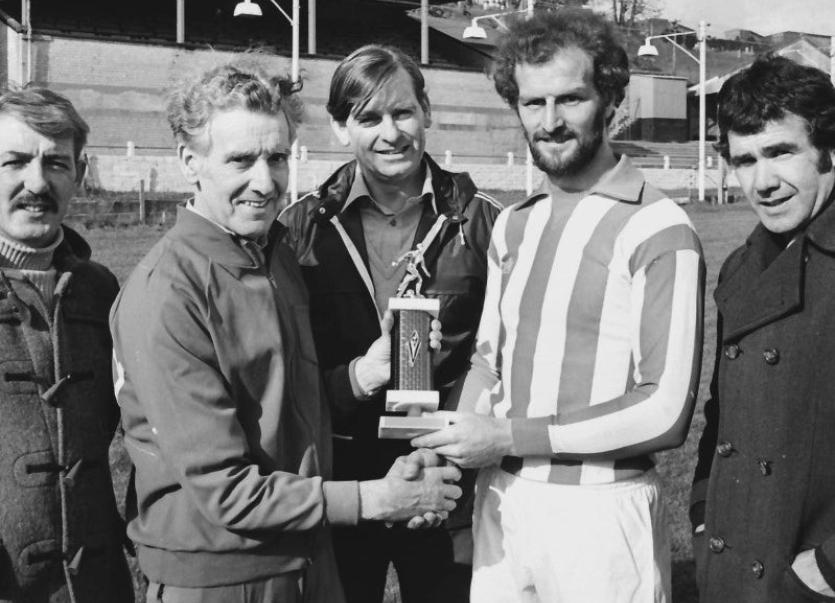 Terryy Kelly pictured receiving a trophy during his career.

Derry City Football Club has agreed to sponsor a local football tournament in honour of a former captain of the club.

Terry Kelly was captain of Derry City when they entered the League of Ireland in 1985.

He famously led the team out on to the pitch for their first game against Home Farm in September 1985.

Each year, the Derry & District football league organise the Terry Kelly Cup in his honour.

Derry City chairman Philip O’Doherty said they were delighted to be associated with the competition.

“This is a huge year for the D&D and I would like to congratulate them on their 100th anniversary and wish them every success in the year ahead," he said.

Terry’s own club, Don Boscos won the trophy when it was last played in 2019 and organisers are hoping that this year’s competition will be a very special event.