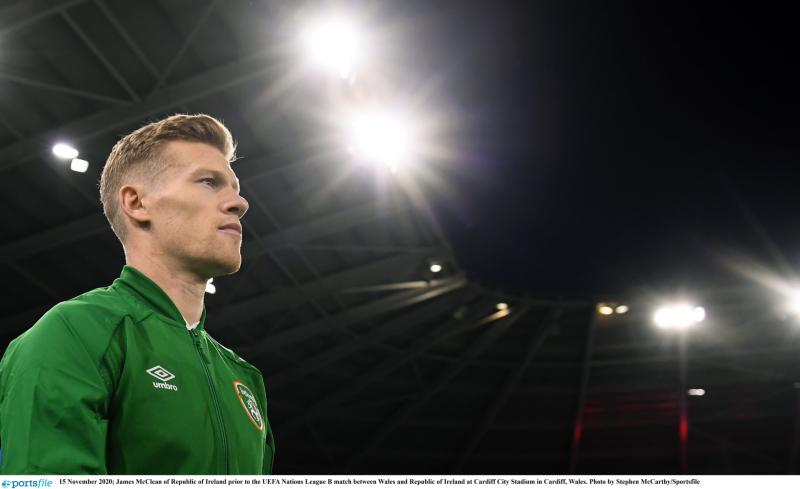 James McClean continues to be the subject of abuse.

The Football Association of Ireland has condemned the latest social media threats aimed at James McClean.

In the past few days, McClean has shared the most recent threats he and his family have received, and took to Instagram to ask why this ongoing abuse has not been highlighted by the media, social media companies and the English FA.

He said: I have highlighted the abuse publicly on social media recently and the silence from everyone is deafening."

FAI CEO Jonathan Hill said that the FAI had reached out to James to support him at this time:

“The FAI remains committed to safeguarding all of our players against any form of abuse on any social media platform. To abuse or threaten James or any player because of his nationality should not be tolerated by society. Unfortunately, such behaviour is all too common now on social media.

“Only last week we commended the stance taken by English football against the abuse of footballers across all social media channels and we are examining how best we can take a similar stance.”

Under the leadership of Intercultural Programme National Co-ordinator Des Tomlinson, the FAI is currently working on new Racism and Discrimination policies which will be presented to Board in the coming weeks.

"The latest incident involving James and his family highlights how important this work is and why football needs to take action,” commented Des Tomlinson.

“In recent times many of our players have been victims of social media abuse, hate speech and threats including Jonathan Afolabi, Cyrus Christie and James. It is not acceptable and I will assure James of our full support as he deals with this.”