“It’s a great piece of business for Derry City and I’m thrilled we’ve been able to get it done.” 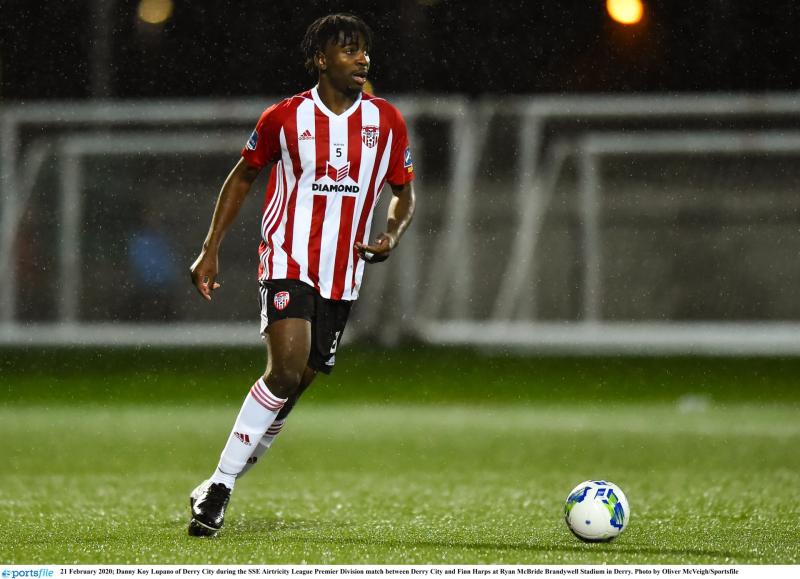 Danny Lupano is a Derry City player once again

The 20-year old Belgian really impressed in his very brief spell at Derry at the start of last season before the pandemic put paid to the move after just four games. Lupano played every minute of the four games against Dundalk, Finn Harps, Bohemians and Waterford before the season was brought to a halt due to the coronavirus pandemic.

Lupano spent the second half of 2020 at Kings Lynn Town, but took little convincing to give it another go in the SSE Airtricity League once the City boss came calling.

“I have been trying to bring Danny back to the club since the second half of last season but all the restrictions made it very difficult," Declan Devine said.

“I’m over the moon to get him in again now and our supporters who saw him during that short stint last season will know exactly what he is about.”
“He brings quality and physicality to our side and his time here will also help him develop as a player as well.”

“He knows the club and the city and he fits in really well in the way we’re looking to build.”

“I would love to keep Danny here long term but that’s a discussion that will be had down the line.”

“It’s a great piece of business for Derry City and I’m thrilled we’ve been able to get it done.”