'One of a kind, there won't be his like again.'

Willie Curran to be remembered as 'a true Brandywell great' 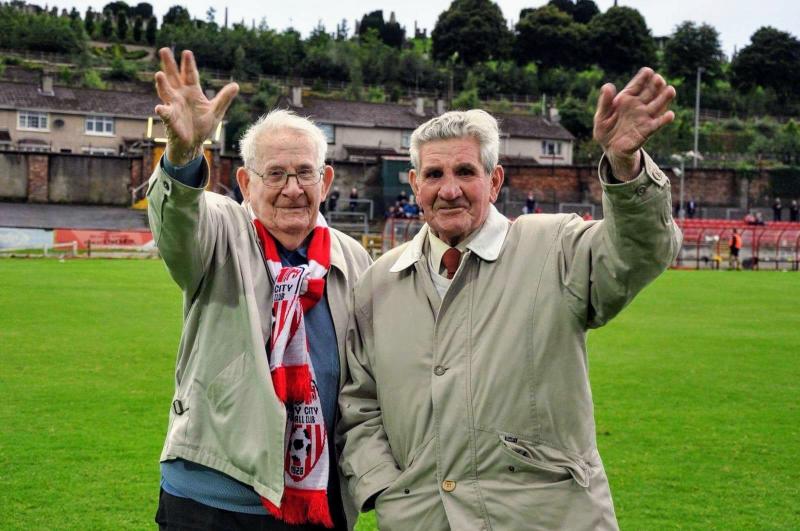 ‘I love matchday, especially when we win!’

When Willie Curran was asked recently what it was like to be a part of the Derry City family, he spoke of pride – in the club, the supporters and in sharing time with family and friends at the Brandywell.

“The pride in being able to say I played for Derry and being a supporter all my life,” he said. “Meeting many friends throughout my time who I played with and volunteered with, and supported alongside.”

There are few words left to describe not only Willie but the impact he had on his club over an incredible seven decades. Since his sad passing earlier this week, tributes have overwhelmed the Curran family, as an entire City, and even far beyond pass on kind words and memories of a man who was red and white through and through.

A true Brandywell great, Willie stuck with the club during the good and the bad over the years, and being Derry City, it was certainly a rollercoaster ride.

His support, as well as his generosity of spirit, never wavered, and as we all remember Willie this week, we can only hope to follow in his example, both in our personal lives and when it comes to supporting our local team – a bastion of loyalty, dedication and honour, Willie will certainly never be forgotten by those who knew him. 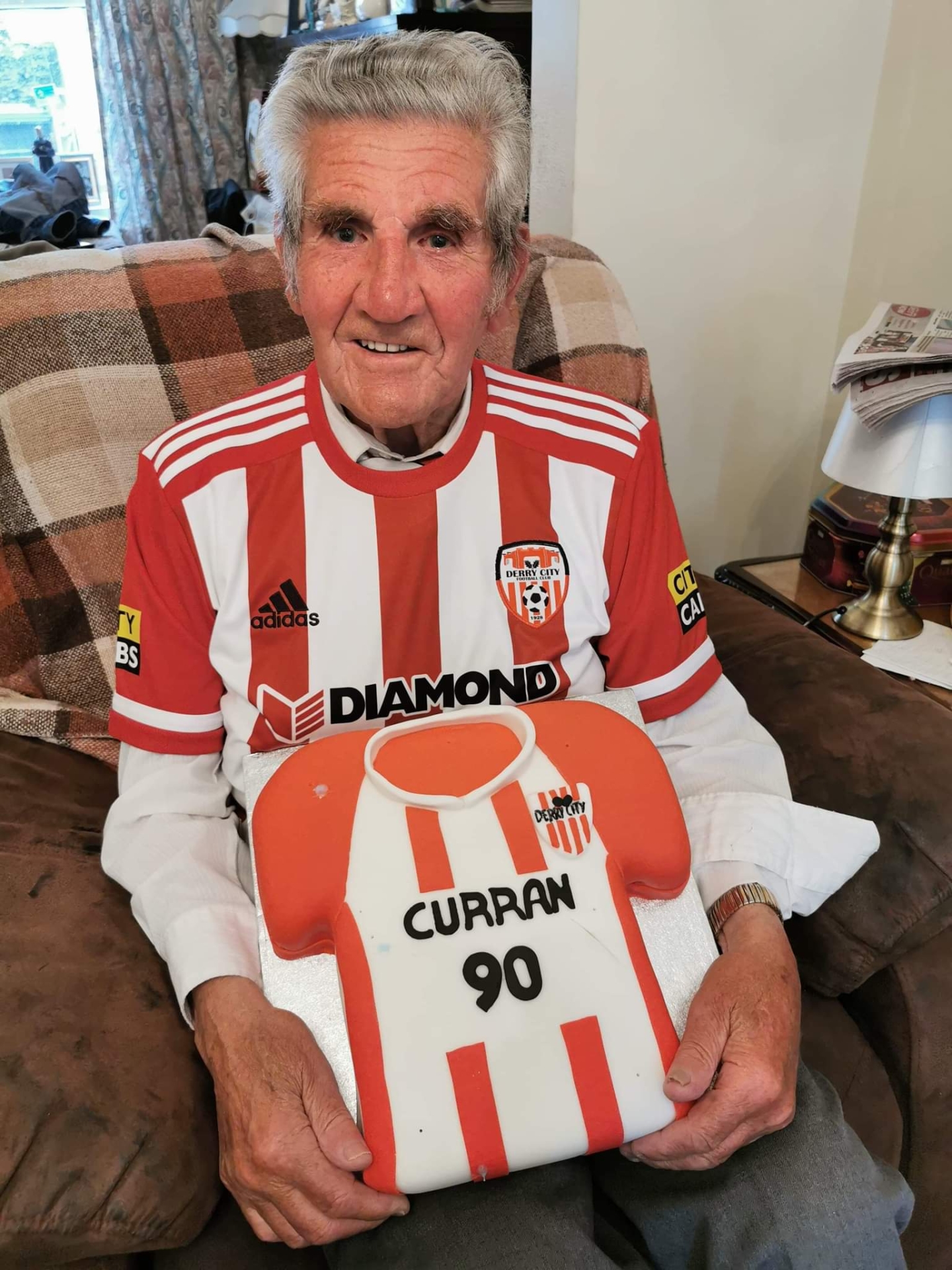 Willie, who celebrated his 90th birthday only last May, joined the Brandywell club as a 14-year-old in 1946 and was known throughout the League as a tough-tackling defender who gave everything for his beloved Candystripes.

He was part of the City side who won the famous three-game Irish Cup Final against Glentoran in 1954 and was in fact the only Derry born player in the IFA Cup winning side. Willie remained at the Brandywell for another few seasons before signing for Sligo Rovers in 1957.

When his playing career ended, Willie continued his association with the Candystripes and stepped into several voluntary roles at the club which he carried on for decades, both in the club’s time in the Irish League and the League of Ireland.

His significance to the local club had been recognised in recent years.

In 2018, he was given a Lifetime Volunteer Award by the Friends of Derry City FC group for his commitment to the club over so many years.

He received the award in front of a packed Brandywell stadium at half-time during a game against St. Patrick’s Athletic, receiving a standing ovation from over 2,000 supporters.

He also became Derry City's first-ever Lifetime Volunteer Award which he received back in 2018.

His work as a volunteer was untouched, and Brian Dunleavy, who worked alongside Willie for years, admits he was in awe of the commitment of the man.

“Willie was a great man,” he said.

“Up to two years ago he was selling half time draw tickets at the Brandywell gate. He’s been selling tickets and prorammes for decades and he has ben involved in every way. There are very few former players who get involved in the operations of the club like that so there was huge respect for Willie. He was just that sort of person.

“Up to two or three years ago, Willie was opening those big gates at the Cathedral at half six in the morning. You couldn’t have told him, it didn’t matter how cold or wet it was, you couldn’t have stopped him doing it. He was involved in everything.”

Brian is adamant that ticket sales at the club were down in many ways to the popularity of the former centre-half, even well beyond his playing days.

“The number of people who came in and asked for their photographs with him was huge. There was many a person who only bought tickets because it was Willie. When I had them I would sometimes put a couple of extra sellers on the gate, but they were avoiding the others and going straight to Willie. There was no question that it was down to Willie.

“He is a one off. He’s definitely a one off. You won’t replace him. He’ll be a huge loss. Since he stopped selling tickets, the ticket sales are away down. People were buying them because of Willie, there’s nothing more sure that that, probably because of who he was and his past involvement as a player.

“Older people were coming in with their grandchildren and saying, ‘Get you a photograph with that man there’, and telling them about how good a player he was. It was amazing how many done that, numerous people every game. There were even people who wouldn’t have been regulars and maybe they weren’t from the town but they would come in and see Willie and have to get their photograph with him. A lot of people just thought the sun shone out of him.” 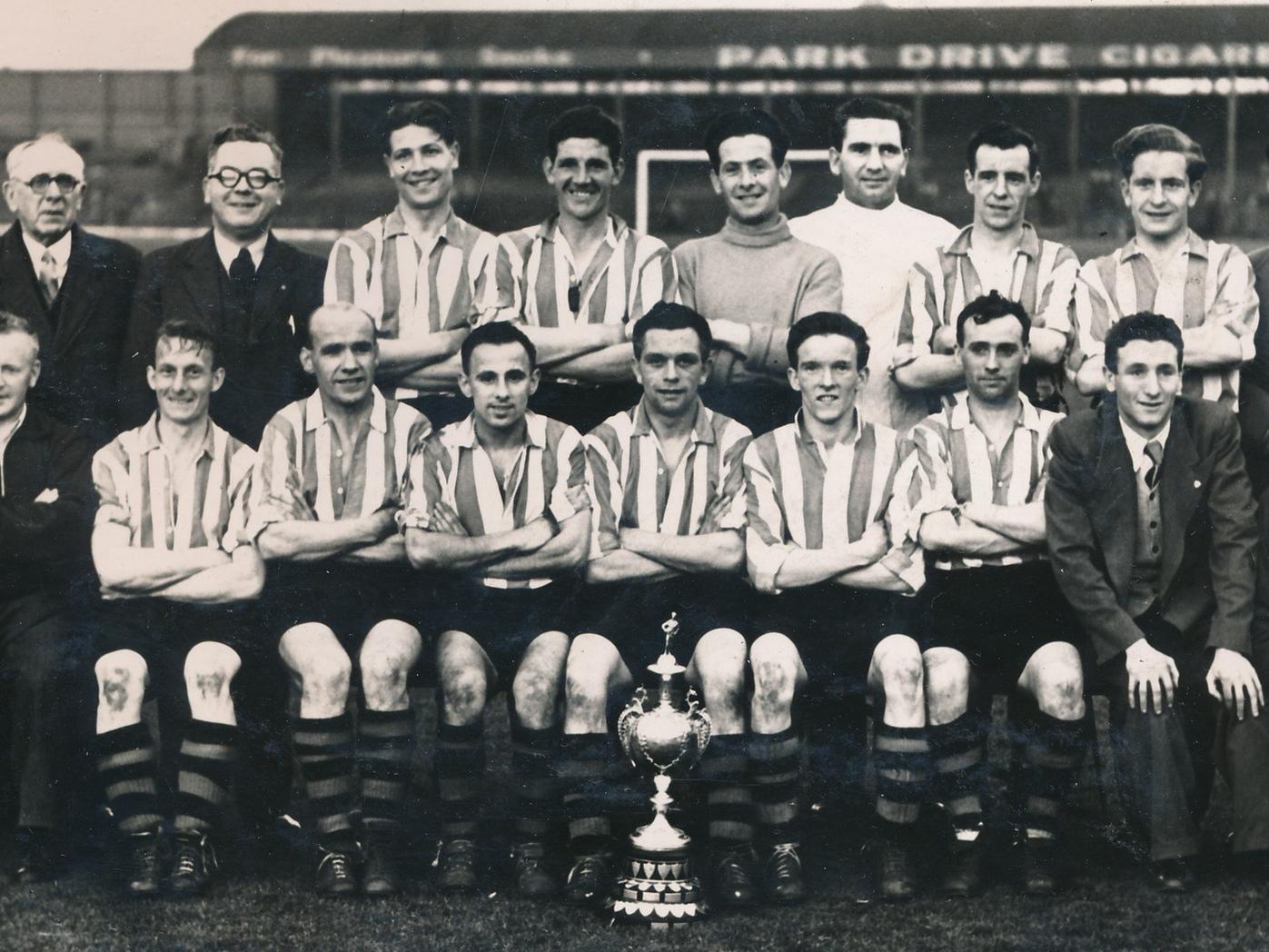 Willie’s legacy will be one of unwavering support and generosity to his home town team, and those who saw his dedication up close know that no one has affected the club as much as Willie has over the years.

“Nobody ever will,” Brian insisted.

“Even when he was in poor health, he insisted in standing and doing it. He would never, ever, ever let you or let anybody down. You just won’t see his like again. People will be involved for a long time as players but then their association would end, but not Willie. At 88, you couldn’t talk him out of selling the tickets. You couldn’t stop him.

“At the Barry Molloy Testimonial, because it wasn’t a regular Derry City game and the money still had to be covered, Willie put his hand in his pocket and covered the money for the half time draw. He gave 100 quid out of his own pocket for that. He was very generous like that, but he was very generous with his time as well. He never turned anybody away for a photograph, he would always have time for people. He was right up there.” 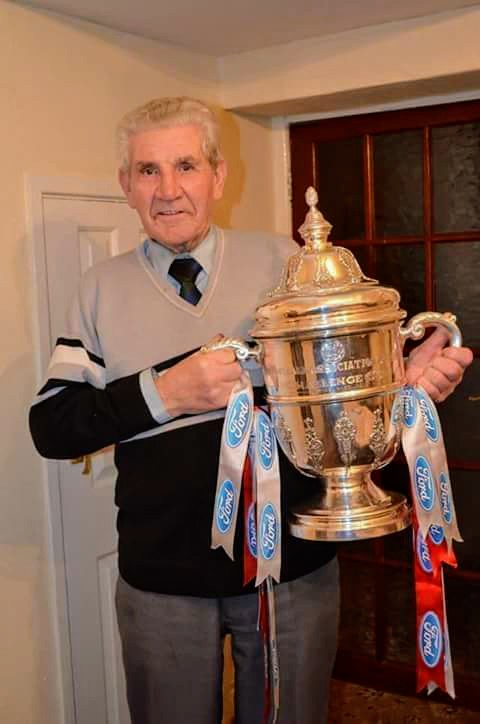