Sports journalist puts Derry's Felix Healy in his best ever team alongside Dalglish, Zidane and Maradona

"The only things hairier than his upper lip were the legs bulging out of a pair of royal blue Adidas hot pants," says Irish News writer 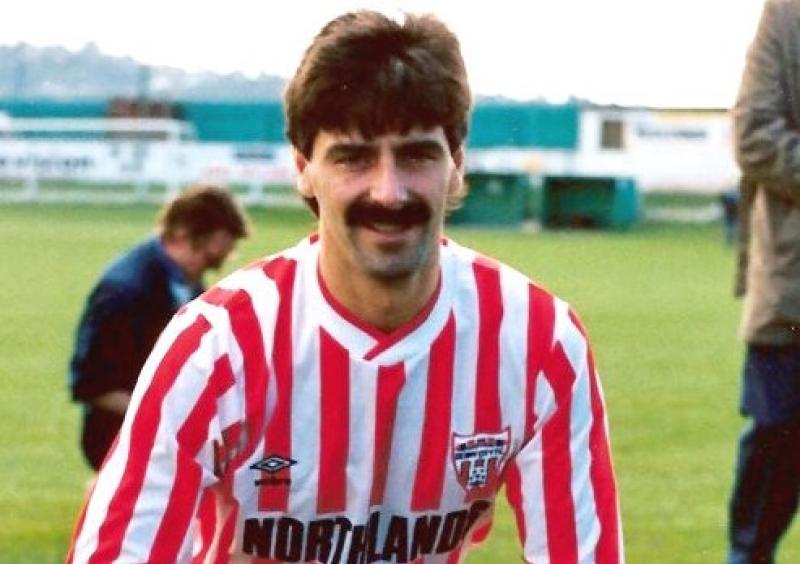 Felix Healy was part of the treble-winning Derry city team in 1989.

A sports journalist has included Derry City legend Felix Healy in his 'best-ever' team - alongside players such as Zinedine Zidane and Maradona.

For this week's column, which is in today's Irish News, McWilliams puts forward his best ever team.

The criteria for selection is based on the premise that his World XI must be made up of up of players from different countries who have never played for the same club sides.

McWilliams's final selection includes many of the world's best known footballers - and our very own Felix Healy.

Explaining his choice of Healy in the midfield, McWilliams states that it was a straight fight between the Derry man and the Colombian World Cup Carlos Valderrama.

He writes: "Carlos Valderrama nearly went in here, but when it comes to moustachioed midfield fulcrums, the Derry man gets in on a dodgy decision. And it is Dodgy's decision. He's playing at the base of the Diamond. Just across from the Sandwich Co. Pulled the strings for an early eighties Coleraine side that delighted this young fan, all shimmies and subtlety. The only things hairier than his upper lip were the legs bulging out of a pair of royal blue Adidas hotpants, briefly ditched for a pair of white ones as he led the Honduras midfield a merry dance for 12 thrilling minutes at the 1982 World Cup. Swapped blue and white stripes for Candy ones later in the decade and a treble was duly delivered. Can now be seen leading punters a merry dance in music venues across the north-west."

And McWilliams had a message for anyone who believes that Colombian star Carlos should have got in to his side ahead of Healy.

"You can stick your Valderrama up your Bogside," he writes.